Cologne rehabilitates witches killed 400 years ago | Germany | News and in-depth reporting from Berlin and beyond | DW | 13.02.2012

The western German city of Cologne needs to rehabilitate the women it condemned as witches centuries ago, a city committee has said. The body argued that it was a moral duty to do so. 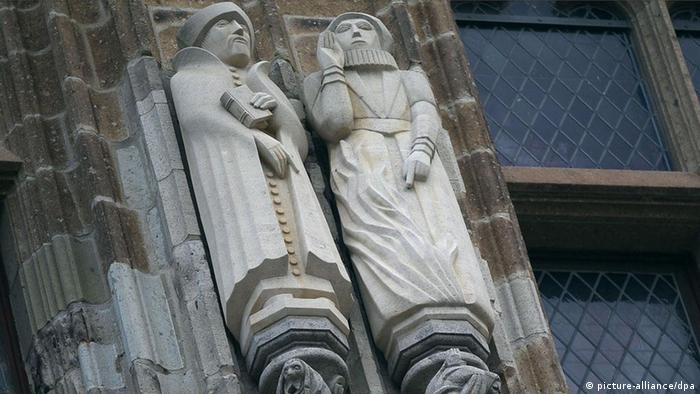 A Cologne council committee has called on the city and the Catholic Church to distance themselves from the persecution of witches and rehabilitate those who were executed as the practitioners of witchcraft centuries ago.

Protestant pastor Hartmut Hegeler has led the campaign to rehabilitate condemned witches - above all, post mistress Katharina Henot, who was burned at the stake in 1627 for being in league with the devil and practicing "damaging magic."

Hegeler lauded the committee's actions, saying, "It is our moral duty to take action for the fate of innocent people who were persecuted."

Hegeler's research indicates that Cologne executed 37 women and men and one boy as witches during medieval times.

The judicial sentences can no longer be repealed; only "moral rehabilitation" is now possible. A dozen German towns are believed have taken that step so far.

Thousands of people were executed as witches in medieval Germany and many more across Europe.