As Azerbaijanis head for the polls, government officials praise the economic policy of Ilham Aliyev, who has ruled the oil-rich Caspian Sea nation since 2003. But a closer look reveals a country in the doldrums. 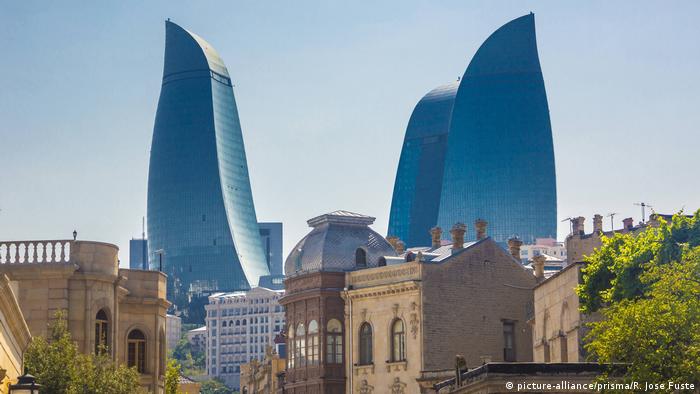 Orkhan Jafarov is the deputy director of the "Azerikimya Production Unit" in Sumquayit, an industrial city in eastern Azerbaijan. The factory specializes in the production of plastic. 125,000 tons of polypropylene are produced here every year. Polypropylene is a standard plastic often used in packaging.

Read more: Azerbaijan election: Ilham Aliyev all but certain to win another term

Speaking to DW, Jafarov waxed enthusiastic about his company's prospects. "Since we became part of the state-owned conglomerate SOCAR in 2010, we have been renewing our facilities step by step. Modernizing our facilities will make our products better, and we plan to produce polypropylene and other plastics for the world market in the future."

Azerbaijan is a small country about the same size as Austria or the US state of South Carolina, with a population of just under 10 million people. A former Soviet republic, it achieved independence in 1991. Sat on the western shore of the Caspian Sea, it borders Iran to the south and Armenia to the west. 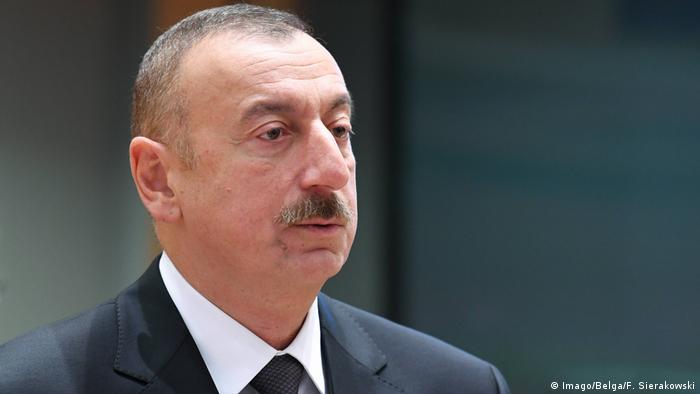 The 56-year old Aliyev has ruled the country since succeeding his father, who died in 2003. In February, he called a snap presidential election. Azerbaijan's constitution was amended at a referendum in 2016 to extend the presidential term from five to seven years. Aliyev's critics saw the referendum as effectively cementing a dynastic rule.

Big plans for the future

Modernized industrial plants such as Sumqayit's "Azerikimya Production Unit," set up to conform to international standards and targeting a global market, are not the only major projects the Azerbaijani government has launched in its effort to develop the country's economy. It has ambitious plans aimed at strengthening the country's tourism industry, and it's also working on making Azeri agriculture more productive.

But fossil fuels exports play a particularly important economic role. As part of a multi-billion dollar development project in the Caspian Sea, 10 billion cubic meters of natural gas are to be transported to the EU each year, starting in 2020.

It's less than an hour's drive from Sumqayit to Ilham Shaban's office in a modern building in the business district of Baku, the capital of Azerbaijan. Shaban is the director of "Caspian Barrel," a research institute specialized in energy issues in the Caspian Sea region. He is thrilled about how the young country has developed since independence.

"During the Soviet Union, apart from Baku and Sumqayit, there were no industrialized, modern cities in Azerbaijan. But since independence in 1991, and especially in the last 15 years, the entire country has been able to modernize. That's been possible because of the huge revenues from the oil business."

In fact, the country experienced a veritable economic miracle during the years of the oil boom. Between 2000 and 2010, the economy grew on average by more than 15 percent annually. According to a study by Transparency International, the percentage of poor people in the population fell from just under 50 percent in 2001 to less than 16 percent in 2008.

President Ilham Aliyev, according to the Panama Papers leaked in 2016, had connections in almost every area of ​​the Azerbaijani economy. Yet, he seems to be doing everything right. 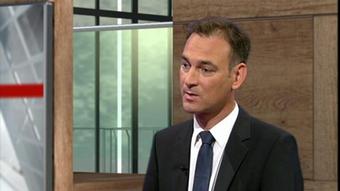 The head of the Foreign Trade Chamber in Azerbaijan, Tobias Baumann is concerend about the state of Azerbaijan's economy after the oil boom is over.

Some experts are skeptical

Despite the large number of projects that have been announced, and the brilliant start of the country's economy in the early 2000s, experts are worried about the countries further economic development.

Azerbaijan was hit hard. The national currency, the Manat, was devalued twice in the immediate aftermath. Since then, the economy has been shrinking. According to the World Bank, Azerbaijan's gross domestic product halved from around €60 billion ($74.2 billion) in 2014 to just under €30 billion in 2016.

The crisis is also noticeable in foreign trade. According to Azerbaijan's Foreign Trade Chamber, German imports slumped by 26 percent last year, while exports to Azerbaijan plummeted from €900 million to €300 million. 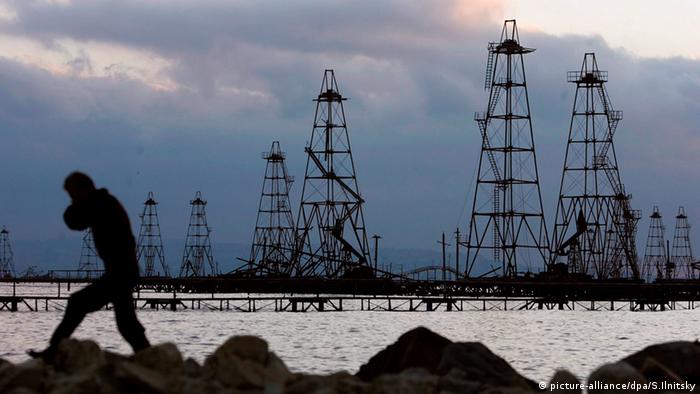 Azerbaijan is heavily dependent on exports of natural resources such as oil and gas.Last year, the country's state-owned Bank of Azerbaijan had to restructure more than $3 billion in debt amid plunging oil prices.

For Ilham Shaban at Caspian Barrel research institute, the government's new economic development projects are coming along in the nick of time. He sees them as an urgent economic policy imperative.

"The Azerbaijani government knows that it will never match the fossil fuel revenues of the past. Until just a few years ago, we earned $20 billion (€16.1 billion) a year in the oil and gas sector. That's over," Shaban said. He doesn't expect revenues in that dimension to recur during the next ten years — if ever.

But Shaban is an optimist. He perceives an opportunity within the current economic crisis: "During the oil boom, Azerbaijan didn't open its economy. The country sealed itself off from the rest of the world. The crisis caused by low oil prices has forced a recognition that the economy — and the country — need to open up. The government has to allow competition in the country's markets," Shaban said, adding that in his view, an open economy would be the only way the country could prosper in the long run.