Aviation in Africa to spread its wings | Business | Economy and finance news from a German perspective | DW | 01.02.2018

Aviation in Africa to spread its wings

Traveling from one African country to another is often expensive and time consuming. A new agreement between 23 countries to standardize regulations could change things, and also help smaller airlines. 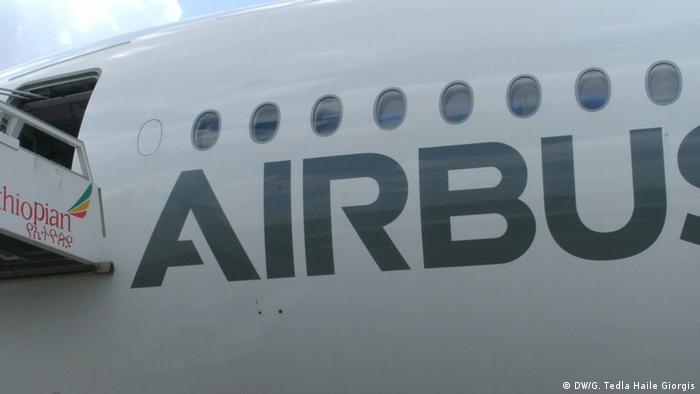 If you're lucky, flights between Niger's capital Niamey and Bamako, the capital of neighboring Mali, are routed through the Ivory Coast. If you're unlucky, you may have stopovers in Burkina Faso and Togo.

For those traveling from Guinea's capital Conakry to Nigeria's biggest city, Lagos, stops in three cities may be in order: Nouakchott in Mauritania, Paris and Amsterdam. Istanbul or Dubai also frequently appear on the itineraries of supposedly inter-African flights. On these routes Turkish Airlines, Emirates or Air France often fly. 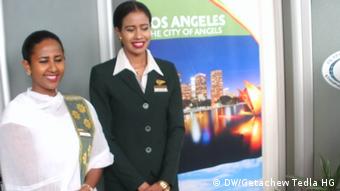 Reducing bureaucracy in airspace has been discussed for decades

But he is convinced that the situation will be more balanced in the future. A new agreement, signed by 23 African nations this week at the African Union Summit in Addis Ababa is supposed to help achieve this goal.

At the heart of the agreement is the concept that airlines of member states should have free access to airports of other member countries in the future. This also means less bureaucracy and lower costs for inter-African flights.

So far, African airspace has been like a patchwork carpet. A number of bilateral agreements determine which direct connections are available. These structures are a legacy of colonial times as many of today's independent countries still have closer ties to their old colonial masters in Europe than to other African countries.

Now the African Union finally wants to escape this dependence with the help of its "Agenda 2063" framework for an "integrated, prosperous and peaceful Africa." One of the objectives is to create uniform parameters and comprehensive infrastructure.

Common airspace is important for advancing the overall development of the entire continent, said Rwanda's President and African Union Chairman Paul Kagame at the launch of the initiative in Addis Ababa.

It is one of the central building blocks that are currently being worked on, including an African free trade agreement and a passport to cover all African Union countries. Rwanda is part of the new initiative, as are the major economic powers South Africa, Nigeria and Kenya.

A starting advantage for Ethiopia

Reducing bureaucracy in airspace has been discussed for decades. But previous agreements, such as the one signed in Yamoussoukro in 1999, didn't make it into the real world. The interest of many countries to protect their partly state-owned companies from competition was too great.

In addition, the income from excessive take-off and landing fees was a welcome subsidy for tight budgets. At this year's meeting in Addis Ababa, there were again doubts. Many thought the agreement would benefit only the major airlines; heavyweights such as Ethiopian Airlines alone would benefit from it. 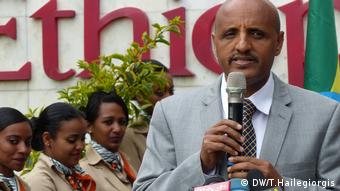 The initiators of the agreement, including Ethiopia, don't agree. "The operators which have a bigger capacity can assist those with a lesser capacity by sharing their experience," says Hunegnaw.

In fact, experts also believe that the larger market share will also benefit smaller airlines in Africa. Ethiopian Airlines, for example, expanded its leadership through its country's liberal agreements with other states, according to a study conducted by the consulting firm InterVistas on behalf of the International Air Transport Association (IATA). The markets and companies in other countries that have now joined the initiative to open up the airspace should likewise benefit.

Tewolde Gebremariam, head of Ethiopian Airlines, stressed in the negotiations that compared to the large international companies, Africa's leading airlines are also very small. Nor is it possible for his airline to offer cheap connections between third countries, like many European airlines such as Ryanair do every day.

Gebremariam advocates a new image, insisting that the old belief in Africa that flying is a rich man's form of transportation is about to change.

If the forecasts of the InterVistas study prove to be correct, new competition will reduce ticket prices by more than a third. That would make flying more affordable for millions of Africans. And that's not all, according to Ethiopia's Minister of Transport Abdisa Yadeta.

"This will enhance the flow of tourism to our country, and the rest of the African countires."

But there is still a long way to go. Many doubt that the cumbersome bureaucracy of the African Union can cope with this transformation, not to mention the interests of the individual countries behind it.

Air Algerie has lost contact with one of its flights from Burkina Faso to Algiers. France's junior transport minister has said there were likely many French passengers on the plane. (24.07.2014)