In many German cities, Muslim arbiters, or "peace judges," are settling criminal cases before law enforcement can bring the cases to court. That is undermining Germany's rule of law, according to a new book. 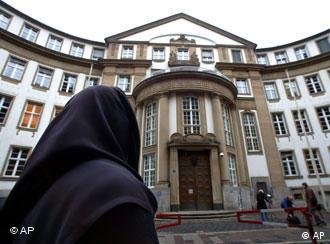 The book says the tradition has existed for centuries

German law expert and former public TV investigative journalist Joachim Wagner presented a new book on Monday in which he speaks of a parallel justice system among the Muslim minority that undermines the rule of law in Germany.

The 236-page book, titled "Judges Without Law: Islamic Parallel Justice Endangers Our Rule of Law," looks into the problems the German judiciary faces when investigating crimes committed within Muslim communities or clans in Germany.

Wagner says the "parallel justice system" is maintained by Islamic arbiters-cum-imams who settle crimes out of court without the involvement of German prosecutors or lawyers.

The author examines several recent cases in which crimes within Muslim communities have been settled by Islamic arbitrators at the request of the families involved. Such "peace judges" act behind the scenes in line with compensation stipulations to be found in Shariah law.

According to Wagner, settlements reached by the Muslim mediators often mean perpetrators are able to escape long prison sentences, while victims receive large sums in compensation or have their debts cancelled. In return they are also required to make sure their testimony in court does not lead to conviction. 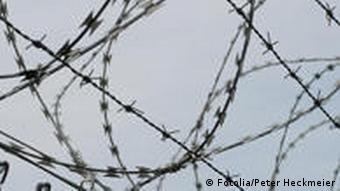 "When a serious crime is committed, German police step in to investigate what's happened," he said. "But parallel to that, special Muslim arbitrators, or so called peace judges, are commissioned by the families concerned to mediate and reach an out-of-court settlement. We're talking about a tradition that's more than a thousand years old in Muslim societies."

Hassan Allouche, a Lebanese peace judge in Berlin, said such parallel justice systems can be found in almost all of Germany's big cities, and that Muslim families are happy to use its services.

"These families have their own set of Shariah-based laws," he said. "And it doesn't even come into their minds to follow the principles of the German legal system."

Berlin-based sociologist Ralph Ghadban, also Lebanese, said it is partly because the families don't really feel they belong in Germany.

"'The clan is my world,' these people think," he said. "And everything outside the clan doesn't matter or is considered to be hostile territory. So it's easy to understand why they don't take much note of German society and its rules of behavior."

Muslim theologian Hamideh Mohageghi said she opposes accepting Shariah law as valid alongside German law, and that she does not understand why the peace judges still enjoy respect among Muslims in Germany. 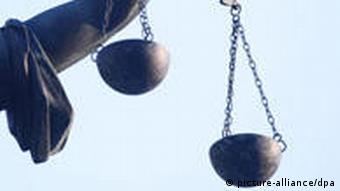 Wagner says German law is undermined by the peace judges

"The German legal system is very advanced and well-suited to represent the interests of Muslims too," she said. "Any parallel justice system must be avoided by all means."

But for author Joachim Wagner, the damage has already been done.

"I've studied 16 recent crime cases here with Muslim citizens involved," he said. "In almost 90 percent of all cases where Muslim arbitrators were commissioned, the perpetrators were acquitted by German courts or the cases were dropped altogether by the prosecution for lack of evidence. It's an alarming finding, and it throws a bad light on our courts."

Wagner added that the prevalence of Muslim peace judges highlights a number of flaws in the German justice and law enforcement system.

He said that out of political correctness investigators usually only focus on individuals rather than whole families or clans, and that prosecutors do not put enough effort into finding out why some witnesses' testimonies change so rapidly on the way to court. Also, the typically long delay before cases arrive in court allows the judges to settle the case before the German trial has even begun.

German federal police on Friday arrested three men suspected of belonging to the al-Qaeda terrorist organization. The men are to be arraigned in a federal court in Karlsruhe on Saturday. (29.04.2011)

The European Court of Human Rights has again slammed Germany's system of "preventive detention" for violent offenders. The ruling puts still more pressure on the German justice system to rethink the measure. (14.04.2011)