German novelist Reinhard Jirgl has been awarded the Georg Buechner Prize, Germany's most prestigious award for literature. He was praised for his "haunting illustration" of 20th century German history. 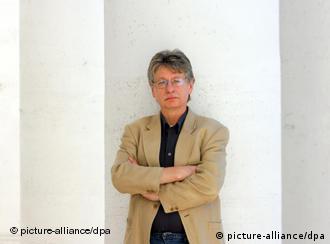 The German Academy for Language and Literature announced on Friday that Reinhard Jirgl will be the recipient of this year's Georg Buechner Prize, Germany's highest literary honor.

The 57-year-old author, who from the age of 11 lived in then communist East Berlin, will receive 40,000 euros ($51,000) for the prize that has been awarded to a host of 20th century literary figures, including Ingeborg Bachmann and Heinrich Boell.

The Academy for Language and Literature said in a statement that Jirgl's novelistic work was being recognized for its "epic breadth and perceptive illustration of the haunting, sometimes disturbingly suggestive panorama of 20th century German history."

The statement added that Jirgl's novels offer an "everyday perspective" into the upheaval of postwar Germany and make the "voices of the forgotten and the buried" once again audible, in particular in his two main works, "Die Unvollendeten" ("The Unfinished") and "Die Stille" ("Calm").

The prize will be awarded to Jirgl at a ceremony in October in Darmstadt, where the German Academy for Language and Literature is located.

No regrets, says agent who spied on Nobel-winner Herta Mueller

The hardships Nobel Prize-winner Herta Mueller faced in communist Romania inspired much of her writing and life's work. Deutsche Welle spoke to the secret service agent responsible for her persecution. (10.12.2009)