Author Jay Shetty on his 'Think like a monk' principle

Who needs materialism when finding fulfillment lies in simpler pleasures? That's writer Jay Shetty's philosophy. "Think like a monk" is both the title of his new book and his entire approach to life. 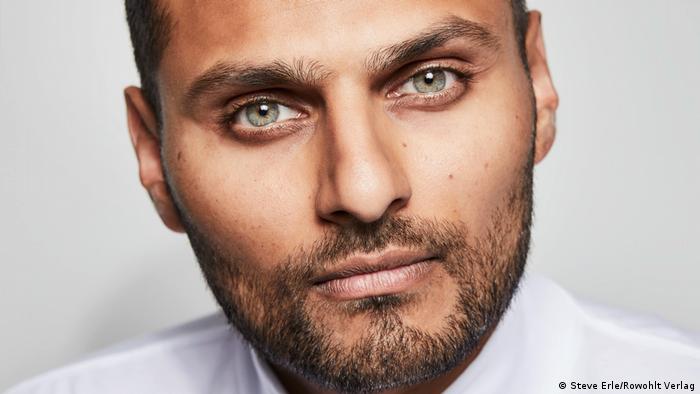 It's 11 a.m. in Los Angeles, where Jay Shetty is sitting in front of his laptop for our video interview. He has already been up for six hours — and has meditated for two of those.

He doesn't exactly recommend that everyone follow his example, but this certainly is part of Shetty's daily routine. He takes his time to settle down and focus on whatever is the order of the day.

He adopted these practices as a young man: Aged 19, he left London to live as a monk at an ashram in India. He had suddenly realized at that young age that he was looking for something different in life, something other than success or material wealth. Shetty was seeking inner fulfillment by discovering values that satisfied more than just his immediate, short-term needs.

Shetty spent three years living near Mumbai while also traveling through India. While he was there, he participated in social projects. Upon his return to London, he started producing short videos in 2016, responding to many of our contemporary questions about love, work and, above all, the search for meaning, using the wisdom of Indian monks he had learned from while abroad. 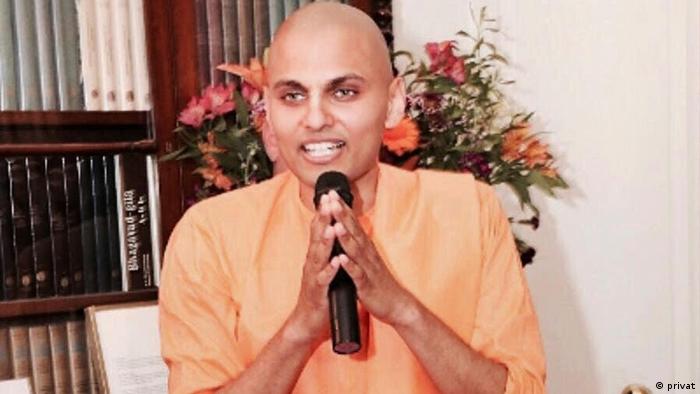 Jay Shetty during his time as a monk in India

Shortly thereafter, he launched his podcast "On Purpose"— which catapulted him to fame. Today, Shetty has 38 million followers, whom he refers to as his online family. With his videos ultimately reaching billions, that is one big family.

Jay Shetty has become a digital megastar in the booming world of self-help. And now, he's also published a 400-page book: Think Like a Monk: Train Your Mind for Peace and Purpose Every Day. What is the reason for this step?

"I wrote a book because I believe that every platform that exists in the world gives you a different level of depth into an individual. What I've been able to communicate in this book, I would never have been able to communicate in a video or any other format, in a podcast, because that's the power of books. You can really present the whole pathway to someone," he explains.

Shetty details his own experience as a young monk, while also drawing on a number of scientific studies that confirm his own observation: Monks are the happiest and most compassionate people — as shown in their brain scans. Shetty believes that anyone can learn from this, for example, by seeking out places and moments of silence and reconnecting with ourselves through meditation.

But that alone is not enough, he stresses. "We have to free ourselves from negativity, and surround ourselves with people who lift us up and also challenge us. And we have to find out who we truly are, what we really want, what things we find important."

"How can we try to find synergy between our passion, our strength and our compassion?," he continues. "What's one thing I can do for someone else every day that will make them happy, that will bring them joy, that will create a service element in my life? This is what we are doing — taking care of our roots and our self, and then we're extending ourselves to others.”

Altruism: the meaning of life 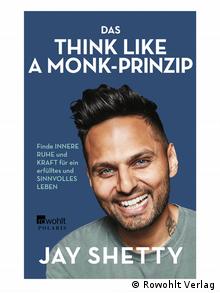 I wonder whether this implies that we ought to live like monks if we want to learn how to think like them. But Jay Shetty laughs at that suggestion: "I'm married now. I'm an entrepreneur. I have a home which I didn't have as a monk. But I still believe that I try to infuse the monk mindset in what and how I do those things."

But what happens when external circumstances prevent people from pursuing such a path? For example, during war or after a natural disaster? Or even during COVID-19?

Shetty says that this is when those who are privileged and have little to worry about should bear responsibility for others, make sure that those in need are taken care of. He adds, however, that being a person in need does not equate to being unable to act. "There also are people who — even in need — show extraordinary strength in supporting others."

Fulfillment is not equal to happiness

"My work is not done until the whole world is healed and happy," Shetty says in a passage in his book. "But my intention or desire for the world is that the world searches for meaning and purpose more than happiness. When meaning and purpose can be found at all times, happiness can always be found at all times," he tells DW when asked to elaborate.

Now, all this might sound somewhat familiar, of course. After all, the wisdom that Shetty shares is thousands of years old. But what is different with Jay Shetty's book Think Like a Monk is the fact that he manages to package that wisdom into entertaining bits, encouraging people to question their existing value system and to seek a new way of looking at the world.

The interview in English with Jay Shetty is also available on our YouTube channel: DW Books

The Dalai Lama releases his first music album on his 85th birthday, July 6. The Tibetan spiritual leader has a message about the 'real source of happiness.'

Many people are looking for a way to find more peace of mind and relaxation. Here's an exercise.

One hundred years after the birth of sitar virtuoso Ravi Shankar, his meditative reinvention of Indian classical raga music has particular resonance during the corona crisis.

Talking to a meditation researcher