German author Cornelia Funke's books have been translated into 37 languages and are enjoyed by readers in more than 40 countries. It was the novel "The Thief Lord" that catapulted her to international fame in 2002. 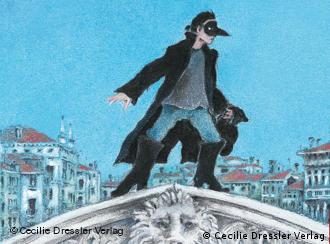 Funke approaches universal issues with characters everyone can relate to

The story begins in Detective Victor Getz' office in Venice. He is commissioned to find two missing children, 12-year-old Prosper and his five-year-old brother Bo. The boys had run away from home to escape their terrible aunt.

Their journey takes them to Venice - a city their late mother had often told them about, a place of magic and wonder. But, when Prosper and Bo arrive in Venice, they discover an entirely different side of the city:

"A damp wind had greeted them as they climbed down the steps from the station, blowing right through their thin clothes. All they had with them was a small bag and a backpack. Prosper’s allowance hadn’t lasted long, and after the second night Bo had already started coughing so badly that Prosper had taken him by the hand to go and find a policeman. He had been determined to use the few bits of Italian he had learned from his mother, and to say, 'Scusi, we have run away from home, but my brother is sick. Could you call my aunt so she can come and pick him up?'" 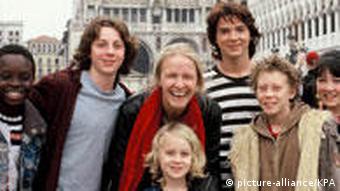 Cornelia Funke (center) and the cast for "The Thief Lord," which was filmed in 2005

However, before they make that call, Prosper and Bo meet up with a gang of kids who take them under their wing. They all find shelter in an abandoned movie theater.

The leader of the gang is Scipio, "The Thief Lord." He is the son of a wealthy Venetian and wants nothing more than to finally grow up; he simply cannot meet his father's impossibly high expectations.

Scipio takes care of the other children by stealing valuable pieces of jewelry from his parents which the others then sell on the black market. For the other kids, Scipio is a hero; they don't know anything about his background or how he gets hold of the jewelry.

Everything is going fine - until Victor Getz gets wind of the runaway brothers' whereabouts and the story takes a mysterious turn.

In 2002, Cornelia Funke made an international breakthrough with her novel "The Thief Lord." The English version of the book was released the same year. Funke had asked her cousin to do a sample translation - more for sentimental reasons than anything else.

"I'm an English junkie," Funke once said in an interview. "I love reading out loud in English. And I always wanted to hear my own stories in English."

Now, Funke writes in English herself. She and her family moved to Los Angeles several years ago, in part to assist with the filming of her books.

Making it in Hollywood is a feat many other authors can only dream of. Funke once said she wouldn't wish for anything more than to tell stories that can be enjoyed in different cultures. Still, she was surprised at just how well her work was received in the US and England. 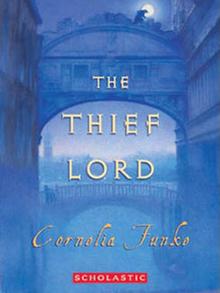 Funke always dreamed of seeing her books in English

"The enthusiasm I got there is so unbelievable that it's a little bit embarrassing," said the author.

Funke's children's books haven't just become bestsellers in the US and England, but also in other countries like Japan, Brazil and Russia. "The Thief Lord" was translated into 41 languages; over three million copies have been sold worldwide.

Funke likes to point out that her books aren't just for younger readers, but address universal "problems that have always concerned people."

"The Thief Lord" focuses on the problem of growing up. While the grown-ups dream of being kids again, 12-year-old Prosper finally gets a taste of what it would be like to be an adult and no longer under the supervision of his evil aunt.

Nevertheless, he chooses not to take a ride on the magic carousel. In just a few minutes he could have been transformed into a grown-up. But then maybe sometime he would just dream of being a kid again.

Everyone loves the little mole who never gave up

It may be the most natural thing in the world, but Werner Holzwarth was one of the first to write a children's book about it. It came as a surprise to some that a story about shit became an international hit. (04.08.2010)