Golden Palms, an Oscar, Golden Globes, European and German film awards: Few directors have been honored for their work as widely as Michael Haneke.

At the start, nothing pointed to an exceptional career. No one could have predicted that the man who once directed a few TV films for a German broadcaster would be among the very few film directors to win two Palme d'Or awards in Cannes. Followed by an Oscar. And Golden Globes. And almost a dozen European film prizes.

Over the past years, Michael Haneke has been overwhelmed by awards. It wasn't until he began to work as a director for the big screen in 1989 that he really found his own style.

He has directed 11 movies since then.

His debut, "The Seventh Continent," was a movie packed with relentless intensity that borders on the unendurable about a family that deliberately commits suicide. It is utterly disturbing.

His next films are also characterized by glacial intensity and razor-sharp analysis.

Michael Haneke appears to have little pity for his protagonists. He tells stories on the screen like a pathologist dissects bodies. "This is what it's like, take a look," he seems to be telling the viewer. "Life happens to be just the way I'm showing it to you."

Distraction and escapism are not his thing, nor is glossy superficiality. 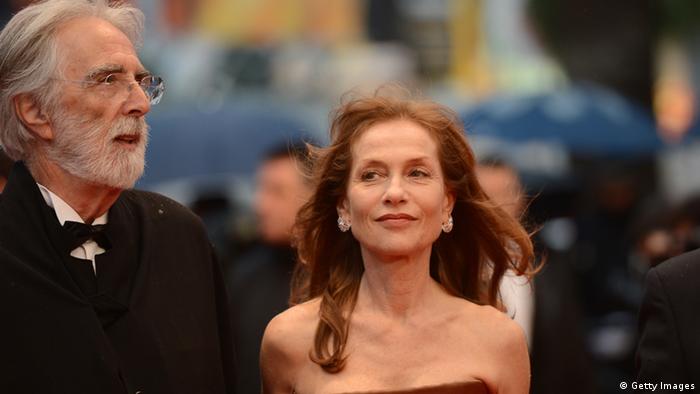 Haneke and Isabelle Huppert have collaborated on several films, including 'The Piano Teacher'

In 2007, Haneke went to Hollywood to film the remake of his 1997 film "Funny Games" ⁠— but not before he had made sure he would also be granted the final cut. No one meddles with the likes of Haneke — that was a precondition for the Austrian director for his US stint.

In 2013 the German-born Austrian director won an Oscar for "Amour," the captivating romantic drama revolving around an elderly couple.

A few years before winning an Oscar, he had already made waves at festivals, award ceremonies and at the box offices with "The White Ribbon," a film about a family in northern Germany before World War I.

Haneke is one of the very few directors to have one the Palme d'Or at the Cannes Film Festival twice.

Though he is bound to be proud of the many honors, it's unlikely the director has an eye out for sparkling awards. The intellectual with the keen analytical mind is likely to find more gratification in the enthusiasm of a sophisticated movie audience than in a stroll over the red carpet. 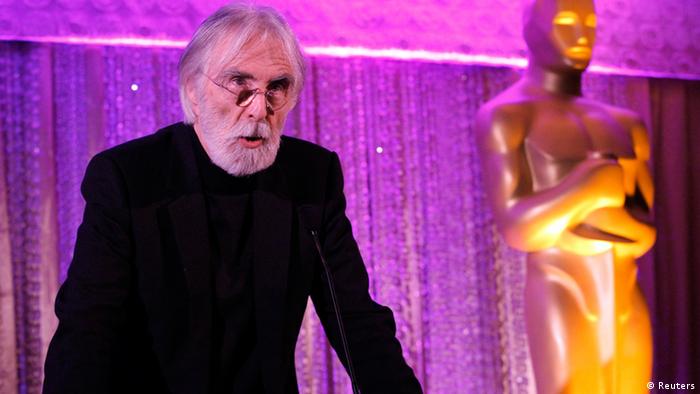 Haneke won the Oscar for best foreign language film in 2013

His latest film, "Happy End," came to the cinemas in 2017. Starring longtime Haneke collaborators Isabelle Huppert and Jean-Louis Trintignant, the film tells the story of a family who live in Calais in northern France, whose wealth contrasts with the refugee tragedy there.

Since then, the director has earned even more accolades.

In 2018 he received the French order Pour le Mérite, as well as the Bavarian Maximilian order for science and art. The Grand Cross of Merit of the Federal Republic of Germany followed in 2019.

This article was originally written in German and is an updated version of a profile of the filmmaker.

Austrian Michael Haneke, who was born in Munich, is one of the world's top award-winning directors. Films such as "Amour" and "The White Ribbon," catapulted him to global film director stardom.