An exhibition opening in Vienna is attempting to address the issue of "What to do with Nazi memorabilia?" In a small show at the House of History Austria, curators are displaying some of the items they receive weekly. 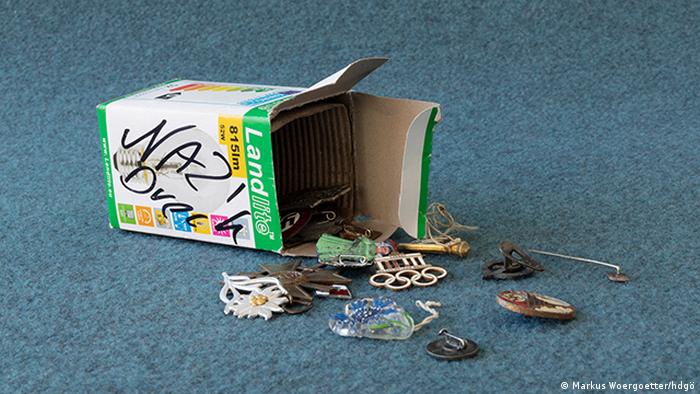 'Hitler: From the Cellar to the Museum" is one Viennese museum's repost to the tricky matter of what to do about the banality of 'Nazi dreck'

An exhibition opening Sunday in Vienna will display the everyday artifacts of the Nazi era that Austrians were left with in World War II's aftermath.

Based on the theme of "What to do with the remnants of National Socialism?" the exhibit entitled "Hitler: From the Cellar to the Museum" is opening at the House of Austrian History.

What is in the exhibit?

A description of the exhibit on the museum's website notes, "Objects related to National Socialism are discovered in different places and in different contexts — whether in one's own basement, at flea markets or an online portal, in the estate of relatives or even in the trash."

Objects in the exhibit include a Wehrmacht bayonet, the so-called "Knipseralben" (snapshot albums) of soldiers at the front and a microphone said to have been used by Adolf Hitler in the city of Linz during his first speech following the annexation of Austria.

For decades, the microphone sat in a regional studio of public broadcaster ORF, Sommer said. 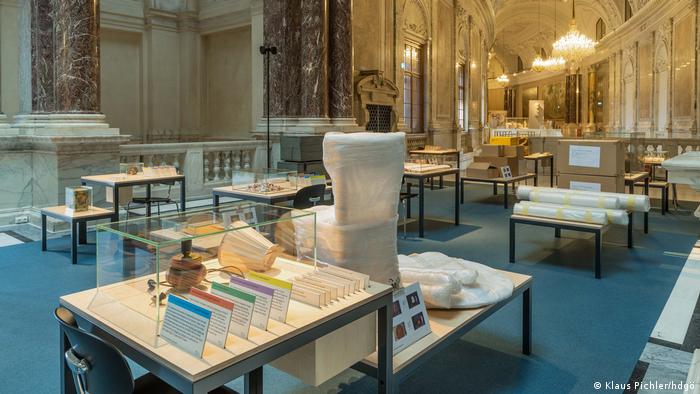 With 'Nazi dreck' on display in Vienna, albeit in modest contextualized form, the museum hosting a small exhibit of artifacts asks, 'Do they belong in a museum?'

A place in a museum?

While displaying these items, the museum's description of the exhibit asks, "Do they belong in a museum?"  The museum is not certain.

The description continues, "Should they be disposed of? Is it justifiable to sell them at a flea market or on the Internet? What is remembrance, what is transfiguration, and what is re-activation?"

In probing these questions, the museum "asks about social responsibility in dealing with relics of National Socialism and deals with how these things can strengthen democratic consciousness in the present."

More than 82 years after Adolf Hitler's troops annexed Austria in March 1938, construction of a wall of names to commemorate the lives of Jews murdered during the Shoah has finally begun. Why has it taken so long?