An Austrian court has handed a six-month suspended jail sentence to a woman for leaving her home despite having tested positive for coronavirus. The woman said she had gone out to help a sick relative buy medicine. 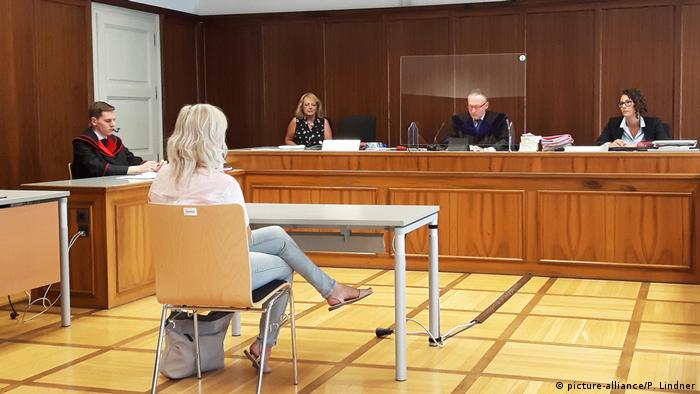 The state court in the city of Klagenfurt issued the woman a six-month suspended sentence and fined her 800 euros ($930) for putting people in deliberate danger from a transmissible disease.

The court heard that the woman had tested positive for SARS-Cov-2 in March; she then left her home without a mask to visit a post office inside a supermarket to transfer money to relatives in Bosnia-Herzegovina.

The 49-year-old woman pleaded guilty but said she had left the house because her granddaughter had fallen ill and needed the money to be transferred to buy medicines.

According to the Austrian broadcaster ORF, the judge said the sentence was intended as a warning to "some in the population" that did not observe measures ordered by the authorities to control the virus.

It is the first time an Austrian court has found a person guilty for ignoring quarantine measures after becoming infected with the virus.

On the same day, Austria's highest court ruled that a curfew imposed as part of government efforts to curb the spread of COVID-19 was unconstitutional.

The decision came in response to a citizen's complaint against a Health Ministry ordinance in March and April that banned people from public spaces unless they were alone or with members of their own household. Issuing a blanket ban, rather than imposing restrictions at individual sites, was not within the scope of the law used by the government, the court ruled.

Austria has reported nearly 20,000 cases of coronavirus, with 711 deaths.

The COVID-19 epidemic poses a threat to the everyday life of people worldwide. Travelers are particularly affected, as are people working in tourism. Here are the latest developments. (17.07.2020)