Australia's highest court has dismissed a challenge to the government's policy of sending asylum-seekers to Papua New Guinea, ruling detention at an island immigration camp legal under the country's constitution. 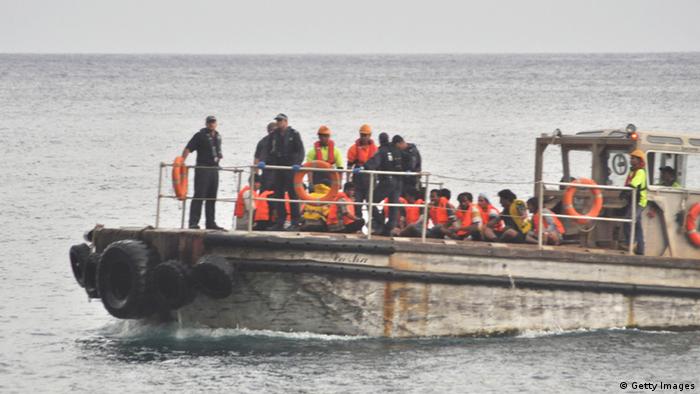 An Iranian who arrived at Australia's Indian Ocean territory of Christmas Island by boat in July 2013 brought the case after he was transferred to Papua New Guinea (PNG)'s Manus Island. His lawyers questioned whether two sections of Australia's Migration Act, under which a Minister can name another nation as a "regional processing country" and send asylum-seekers there, were valid under the constitution. The full bench of the High Court unanimously upheld both sections as legal.

"The plaintiff's challenges to their validity fail," the full bench said in its judgment.

The Iranian asylum-seeker is one of hundreds held at Manus, a camp where an Iranian man was beaten to death during riots in February. Another man had his throat slashed and dozens were injured.

An Australian senate inquiry this month into the riots in the Manus Island detention centre revealed that asylum seekers lived in cramped and inhumane conditions, in an environment where rape and abuse were commonplace.

Under Canberra's offshore detention policy, asylum-seekers arriving in Australia on unauthorised boats are sent to camps in Nauru or Papua New Guinea for processing and permanent resettlement.

"This is a very important policy for our country," Abbott told reporters.

The United Nations High Commission for Refugees and other refugee advocacy groups have repeatedly criticized the system and called on authorities to treat asylum-seekers humanely.

Abbott, whose government now allows vessels carrying asylum-seekers to be turned back to Indonesia, said he was determined to "stop the boats" bringing would-be refugees to Australia.

Scores of asylum-seekers have drowned in recent years after paying people-smugglers to bring them to Australia, often on overcrowded and unseaworthy boats.

"This is something that is a black stain on Australia's character," she said. "We must have these places closed down."

Families of asylum seekers killed in a shipwreck off Australia in 2010 are suing the government for not preventing the deaths. Australia's immigration minister labeled the lawsuit "shameful." (17.06.2014)