Canberra has sold Kidman and Co to a consortium of mining owner Gina Rinehart and a Chinese property developer, avoiding that Australia's biggest land owner falls fully into the hands of Chinese investors. 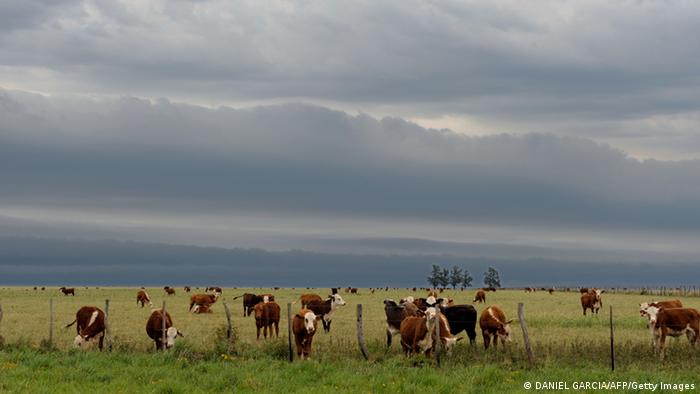 The green light from the Australian government came more than a year after Treasurer Scott Morrison blocked an all-Chinese offer by Shanghai Pengxin as being against the national interest. He also rejected a joint bid by Chinese-owned Dakang Australia Holding and Australian Rural Capital for the same reasons.

"Consistent with the recommendation from the Foreign Investment Review Board, I have decided that the acquisition of Kidman as proposed would not be contrary to the national interest and will be permitted to proceed as proposed," Morrison said in a statement on Friday.

Kidman, founded in 1899, holds around 1.3 percent of Australia's total land area, and 2.5 percent of the nation's agricultural land, running 185,000 cattle. It is a key source of beef for export to Japan, the United States and Southeast Asia.

Part of the 101,000-square-kilometer (38,996-square-mile) property is situated next to a top-secret government weapons-testing range in central Australia, which the government said should not end up in foreign hands. Also, there is growing concern in Australia about foreign purchases of local infrastructure, with Canberra having rejected a Chinese bid for the nation's largest electricity network this year.

Treasurer Scott was keen to make sure that Australia still welcomed investment "consistent with our national interests."

"Foreign investment has underpinned the development of our nation and we must continue to attract the strong inflows of foreign capital that our economy requires," he said. "Without it, Australia's output, employment and standard of living would all be lower."

Kidman managing director Greg Campbell said he was glad a deal had finally been done. "Mrs. Gina Rinehart is a prominent Australian and we appreciate her desires to further invest and grow the business," he added.

Under the approved proposal, a neighboring farming family will buy the largest of the 10 stations in the Kidman group, Anna Creek, which is next to the sensitive rocket-testing range. The rest of the property will go to Australian Outback Beef, which is 67-percent owned by Rinehart and 33-percent by Shanghai CRED.

The acquisition will make Gina Rinehart - who made her fortune from iron ore mining - one of the top three beef producers in Australia, with a 300,000-strong herd.

"We intend to provide additional investment in cattle and infrastructure, including technology improvements in our efforts to keep cost and quality competitive internationally," the billionaire investor said.

Her chief executive Garry Korte added their bid "may become a more palatable role model for future deal structures in Australia, where foreign ownership is concerned."

The deal was condoned by anti-immigration politician Pauline Hanson, the head of the populist One Nation party, who vehemently opposes foreign ownership of agricultural land. "I would rather Australia have two-thirds in Kidman station, rather than the total ownership and control by the Chinese or any other foreign investor," she said recently.

The demand for meat in China is rising. This means good business not only for the United Stated but also for Germany, says DW's Frank Sieren. (23.11.2015)

Australia thwarts sale of its largest cattle farm to China

The Australian government has blocked the sale of S. Kidman & Co. to a Chinese-led consortium citing national interests. It was the second try by Chinese buyers to acquire the ranch, which is twice the size of Belgium. (29.04.2016)

China has described the blocking of the sale of Australia's biggest energy grid to Chinese bidders as a protectionist move that negatively affects Chinese firms' willingness to invest in the country. (17.08.2016)