Australia to apologize to victims of child sex abuse

Australia's prime minister has said he will apologize on behalf of his nation to victims of child sex abuse. About 4,000 institutions, many linked to churches, have been accused of abuse going back almost 100 years. 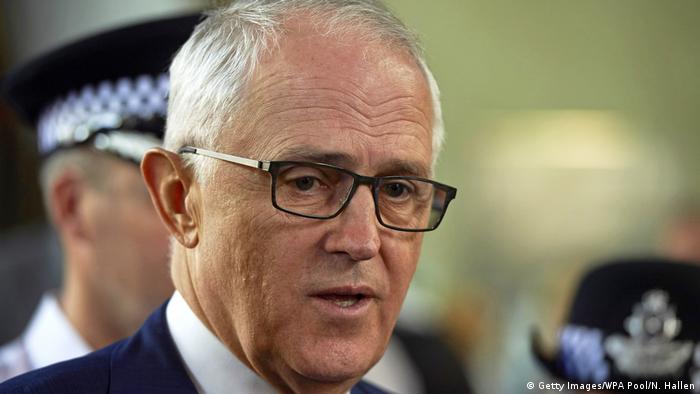 Australian Prime Minister Malcolm Turnbull told parliament on Thursday he would apologize by the end of the year on behalf of the nation for historic sex abuse by churches and other institutions.

"As a nation, we must mark this occasion in a form that reflects the wishes of survivors and affords them the dignity to which they were entitled as children but which was denied to them by the very people who were tasked with their care," he said.

A royal commission established in 2012 to investigate abuse was contacted by over 15,000 survivors with claims involving churches, orphanages, sporting clubs, youth groups and schools.

Turnbull said a five-year royal commission delivered in December estimated the total number of people abused in institutions, including the Catholic Church, at 60,000. About 4,000 institutions have been accused of abuse.

The report made 409 recommendations, which Turnbull said his government was now working through. These include a national redress scheme to support survivors with counseling, psychological care and financial payments.

The leader of the opposition Labor Party, Bill Shorten, endorsed Turnbull's words. "I say to the institutions, and indeed the states: the time for lawyers is over, the time for justice is here," he said.

More than 8,000 survivors of child sex abuse testified to Australia's longest-running royal commission. Its report cited multiple failings of institutions and recommended new laws to make it easier to prosecute. (15.12.2017)

Ines Marinho, a victim of image-based sexual abuse, is on a mission to tackle the crime. How can the EU's new digital law guarantee online safety?