The Australian government has voted to repeal a carbon tax and abandon the world's third-largest emissions trading scheme. The decision to scrap the latter is a major setback for global CO2 trading. 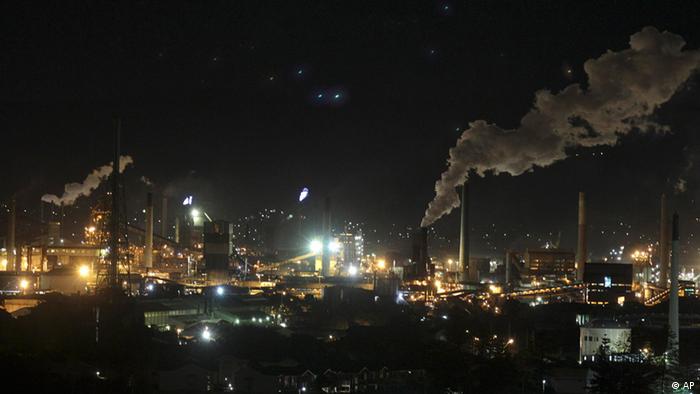 The Australian Senate voted on Thursday to repeal the country's contentious carbon tax and to scrap plans for what would have been one of the world's biggest emissions trading schemes (ETS).

The decision leaves Australia, one of the world's worst greenhouse gas emitters per capita, with no established plan for meeting its carbon reduction goals.

Prime Minister Tony Abbott, who heads the conservative Liberal government, hailed the Senate's decision, saying it would benefit the economy and save individual households some 550 Australian dollars (380 euros, $515) per year.

"Scrapping the carbon tax is a foundation of the government's economic action strategy," he said after the vote, describing the tax as "useless and destructive" and damaging to employment.

Abbott plans to replace the tax with a taxpayer-financed fund to pay industry incentives to use cleaner energy.

The move to repeal the tax and abandon the ETS was criticized by opposition parties, who say the decision will tarnish Australia's international reputation.

"History will judge Tony Abbott very harshly for refusing to believe in genuine action on climate change," he added.

The carbon tax, introduced under former Labor Prime Minister Julia Gillard, charged around 350 of Australia's biggest companies 25.40 dollars for each tonne of CO2 they emitted.

The implementation of the tax led to a rapid drop in Labor's popularity, with many consumers believing their rising power bills resulted largely from the levy, although it in fact accounted for a relatively small portion of the increase. Although Labor itself planned to drop it under Prime Minister Kevin Rudd, who replaced Gillard following an internal party vote, public discontent with the levy played a large role in Abbott's election victory last year.

Australia has set itself a goal of cutting overall emissions by 5 percent compared with 2000 levels by 2020, but Thursday's decision makes it unclear how it can achieve it. The country also wants to ensure that 20 percent of its electricity comes from renewables by 2020, moving from its heavy reliance on the nation's vast coal reserves.

The Australian emissions trading scheme had been set to come into force in 2015, and would have been the world's third largest after those in the European Union and China's Guangdong province.