The first round in trade negotiations between the EU and Australia has kicked off. As protectionism spreads, Canberra is keen to tie the 28-nation bloc into a deal that would open EU markets to its cheese, wine and meat. 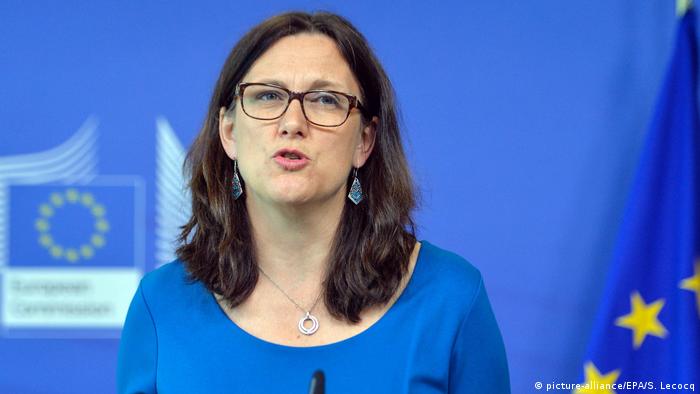 European trade commissioner, Cecilia Malmstrom, on a two-day visit to Australia, said on Monday "there is a lot of global momentum for trade liberalization."

The new deal is expected to upgrade an existing agreement between the EU and Australia, which is governed by a 2008 partnership framework designed to reduce technical barriers to trade. It is expected to see the removal of customs duties and simpler procedures for product testing.

Brexit and growing protectionist impulses in the US have galvanized Canberra to seek to bind the EU into a new trade deal, which could see Australia gaining more access to EU markets, something the Antipodean nation has been seeking or decades, in particular increasing food and agricultural exports.

Negotiators meet again in Brussels in early July to finalize the talks.

Australian Prime Minister Malcolm Turnbull said Australia remained committed to a Pacific Rim trade deal even after Trump pulled the US out. Australia was among 11 signatories to the Trans-Pacific Partnership in March. Trump has since indicated the US could reopen talks on joining.

"We are committed to free trade and open markets and we practice what we preach," Turnbull said, while Malmstrom added that the two parties share similar views on how world trade should work. "We defend open trade, rule-based and fair, and this is what we're going to cement in our free trade agreement," she said.

Australia also plans to negotiate a separate free trade deal with Britain after it leaves the EU.

Marches have taken place across Australia in protest at a national holiday many see as offensive to indigenous people. Divisions over Australia Day have been growing in recent years. (26.01.2018)

'Potential for China to join TPP' after US withdrawal

Despite originally excluding Beijing, Australian officials have suggested a "potential for China to join" the TPP free trade agreement. US President Donald Trump has ordered a withdrawal, saying it hurt American workers. (24.01.2017)