Aung San Suu Kyi - 'An icon with a dented image' 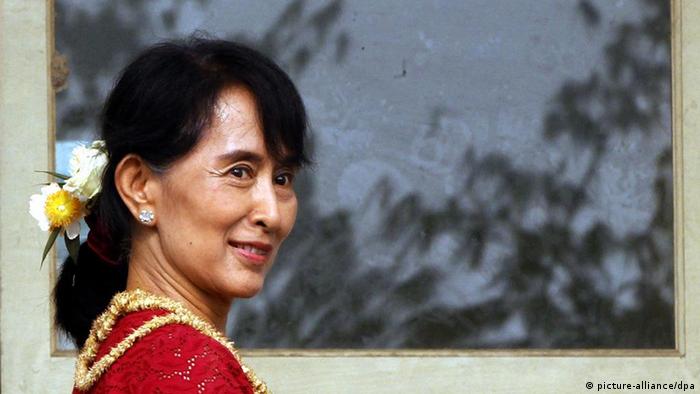 DW: Suu Kyi is celebrated worldwide as an icon of freedom. What has been her biggest political achievement so far?

Hans-Bernd Zöllner: The political transformation process in Myanmar is a work in progress. In order to assess Suu Kyi's contribution to this process we may have to wait for a while. In my view, Suu Kyi's 100th birthday would be the right time to evaluate her work and achievements.

A few months after Suu Kyi turns 70, Myanmar is set to go to polls in a general election which will determine the country's future path. However, it remains unclear if she is going to take part in the vote.

Nevertheless, Suu Kyi's greatest achievement thus far has been to become a symbol of democracy in the public consciousness both in Myanmar as well as abroad and to make sure that her country and its problems are not forgotten.

Suu Kyi cannot become president as her husband was a foreigner and her children are British citizens. So what political role do you see Suu Kyi playing after the upcoming presidential?

As you correctly stated, Suu Kyi cannot become Myanmar's president given that this would require a constitutional amendment. Nevertheless, she could contribute to achieving a compromise between the various groups, such as the military and civilian parties, which have shaped the country's politics so far.

Should there be an agreement, which in all likelihood is already being negotiated behind closed doors and which in the West could be termed as a sort of horse-trading, it would be a significant breakthrough. Myanmar has never seen such a development in its recent political history. 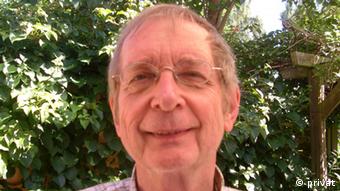 Zöllner: 'Suu Kyi's greatest achievement thus far has been to become a symbol of democracy in the public consciousness'

Suu Kyi's image has been dented in recent years. Since her release from house arrest in 2010, she has transformed herself from an icon of freedom into a pragmatic politician. How has she coped with this change?

I doubt there has been any change in her personality. I believe whatever change is being observed depends on the people watching her. She has been elevated to an icon both domestically and internationally, particularly in the West. And one could reproach her for not doing anything against it.

Ever since she entered politics, however, she has always insisted that she is a politician who has founded a political party. In my view, Suu Kyi now has to deal with the country's current, diversified and intractable problems. And of course, she also has to face the challenges associated with the image of an icon.

What exactly are the problems Suu Kyi has to deal with?

At the forefront you will find issues related to multi-ethnicity. What should reconciliation between the different ethnic groups look like? The recognized ethnic groups are not completely ready to reach a peace agreement with the central government. And then there are also difficult questions regarding reconciliation with the Muslim population.

Myanmar media facing 'climate of fear' ahead of elections

Threats, harassment, and imprisonment - a new Amnesty International report says Myanmar is intensifying restrictions on the media as the country approaches crucial national elections. Could this impact the outcome? (17.06.2015)

The refugee crisis in Southeast Asia has its origin in Myanmar. Many people say that a statement by Myanmar's human rights icon Suu Kyi is thus long overdue. But it is not easy for Suu Kyi, says DW's Rodion Ebbighausen. (29.05.2015)

Myanmar's celebrated opposition leader Aung San Suu Kyi prepares to visit China on Wednesday as a free woman. But will she manage to build bridges with the regime, which had previously supported her 15-year house arrest? (10.06.2015)

Even more difficult, however, is the issue of reviving the economy under the leadership of the largest ethnic group - the Burmese - without allowing foreigners such as the Chinese, Japanese, Indians or Westerners to reap the fruits of this development.

This has been part of Myanmar's burdensome legacy. So far the country has failed to let the majority of the population feel they are actually benefitting from the country's riches. This is indeed a very difficult task.

Is it likely that Suu Kyi can bring about any changes in this regard?

No, she would need advisers to do this. I don't think she has much expertise in this regard. This is one of the difficulties which can only be solved as a result of team work and with the support of the international community.

Moreover, there is another issue which became apparent in her role as an iconic figure: The West really doesn't know much about Myanmar's political, economic and social structures. At the same time, other Asian nations have little interest in assisting the country. First and foremost they want to help themselves.

You've spoken about the ethnic conflicts which recently made headlines in relation with the refugee crisis in Southeast Asia. How do you view Suu Kyi's silence on the matter?

She hasn't been completely silent. She has said things that are completely true, namely that the issue is highly complex and historically sensitive. If you examine the matter through her democratic viewpoint, the fact is that the majority of Myanmar's Buddhist population, and Muslims in general, believe that the Rohingya in particular don't belong to the country.

Instead, most of them view them as "Bengalis." And nothing would change this viewpoint, even if Suu Kyi had a different view.

Apart from this, it's historically very difficult to verify whether the claims are true or not. In political terms, this is a very difficult topic to deal with. Therefore I tend to support Suu Kyi's stance in this context. 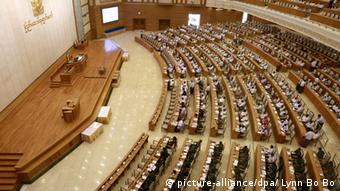 It's difficult to say. She hasn't actually been able to engage in real politics so far. She is an MP in a parliament where no major debates are held.

Her problem is that the is forced to manage a balancing act between the predominantly traditional views of politics in Myanmar, her own views of a Western-inspired democracy and the 2008 constitutional rules which she adhered to by accepting her position as a parliamentarian.

It seems difficult to do politics in a parliament where no questions are asked and no meaningful discussions are conducted. The Myanmar model doesn't even have a parliamentary party leader.

While Suu Kyi may be the most prominent member of a party which holds 34 out of 440 parliamentary seats, there is not much to be expected from this position. Her main contribution has been in the field of symbolic politics. However, it remains to be seen how she will be able to reach a compromise with a parliament mostly dominated by male military representatives.

Hans-Bernd Zöllner has been researching on Myanmar for many years. He will shortly be publishing a German-language political biography of Aung San Suu Kyi titled "Die Tochter" (English: The Daughter).