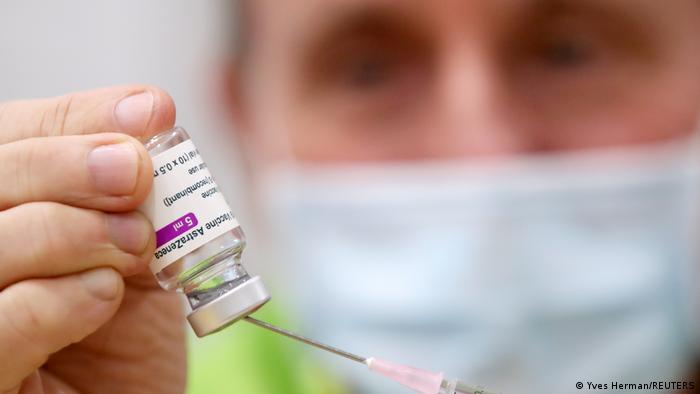 The AstraZeneca jab is one of the cheaper vaccine options

Researchers at the Greifswald teaching hospital in northern Germany said on Friday that they had discovered the cause of the unusual blood clotting found in some recipients of the AstraZeneca coronavirus vaccine, public broadcaster Norddeutscher Rundfunk (NDR) reported.

The investigation showed how the vaccine caused rare thrombosis in the brain in a small number of patients.

The discovery means that targeted treatment can be offered to those who suffer similar clotting, using a very common medication.

The success was a result of cooperation between the Greifswald hospital, state health regulator the Paul Ehrlich Institute (PEI), as well as doctors in Austria — a nurse there died from thrombosis in the brain after being vaccinated with the AstraZeneca jab.

The researchers emphasized that treatment would only be possible in patients where blood clots appear, rather than as a preventative treatment.

The information has been shared with hospitals around Europe.

Symptoms like continuous headache, dizziness or impaired vision lasting more than three days after vaccination need further medical check-ups, according to the German Research Association for Thrombosis and Hemostasis in a statement on the recent findings.

The Greifswald findings have not yet been published in a scientific journal and therefore have not been reviewed by independent experts. The Paul-Ehrlich-Institute in Germany is now looking into the scientists' work.

AstraZeneca jabs back on track in Europe

Germany, along with several other EU member states, suspended the use of the AstraZeneca vaccine on Monday following reports of unusual blood clots.

On Thursday the European Medicines Agency (EMA) said that there were no proven links between the vaccine and the clots, based on the information they had. They also stated that the benefits of the jab outweighed any possible risks.

In response to the updated guidance, Germany was set to restart vaccinations with the British-Swedish jab on Friday.

By Thursday, Germany had administered over 10 million doses of COVID-19 vaccines, including the AstraZeneca vaccine.