An original signed drawing from an early Asterix and Obelix comic book has been auctioned off for a record €1.4 million. The sale comes one week before the gallivanting Gauls' newest adventure is set to be released. 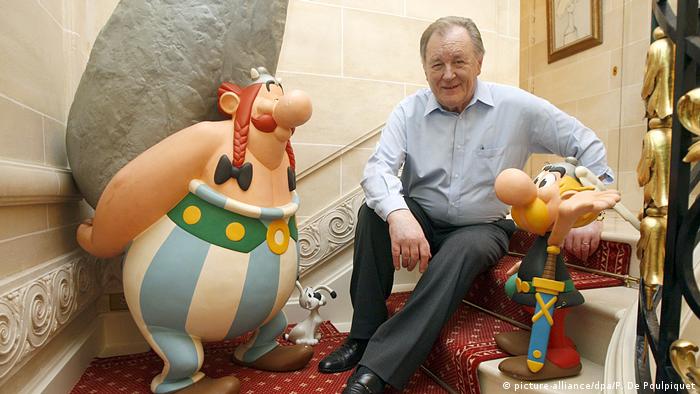 No magic potion was needed to achieve this superhuman price. An original drawing for the cover of "Asterix and the Banquet" sold for a record €1.4 million (around $1.7 million) on Friday, far exceeding the expectations of the Paris auction house where it was put up for bidding.

The Drouot auction house tweeted the news of the world record amount earned by a drawing by "Asterix and Obelix" illustrator Albert Uderzo (above). The house had expected the drawing to sell for around €180,000 to 200,000.

Created in 1964, Uderzo used black ink, watercolor and paint for the drawing that depicts the two famous Gallic comic characters, petite blond Asterix and his large and childish sidekick Obelix, in a horse-drawn chariot on top of a map of France.

The work was signed by the artist, as well as the comic series' co-creator Rene Goscinny, and dedicated to the French television presenter Pierre Tchernia, who died in 2016 and was a fan of the comic duo's adventures.

"To Pierre Tchernia, a modest token of sympathy in homage to the spirit and the kindness of the great man of television," the dedication read.

The drawing was part of Tchernia's estate that was being auctioned off. The buyer was anonymous.

Another cover in the beloved French series, "Asterix and the Chieftain's Shield," sold for €1.2 million.

The combined total was just under €3 million. 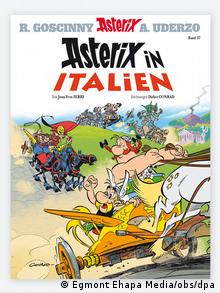 "Asterix and Obelix" was first published in 1959. Since its start, it has become one of the best-loved French-language comic book series alongside "Tintin," from the Belgium author-illustrator Herge.

The stories are set around 50 BC at the time of the Roman invasions against the Gauls in northern France. With the help of a magic potion made by a druid, the two get into and out of scrapes and adventures all over Europe and beyond.

A total of 36 books have been published, with the 37th set for release next week. "Asterix and the Chariot Race" will see the do-good marauding duo embark on an adventure in ancient Italy.

The books have been translated into more than 100 languages and some 325 million copies have been sold worldwide. The stories have also been made into 13 films and inspired the Parc Asterix theme park outside of Paris.