Assad gets support from Syrians in Jordan | World | Breaking news and perspectives from around the globe | DW | 29.05.2014

Assad gets support from Syrians in Jordan

Expats voted in Syria's presidential election a week before people in their country go to the polls. Views of the election's legitimacy vary from a free and democratic vote to an utter farce in a country at war. 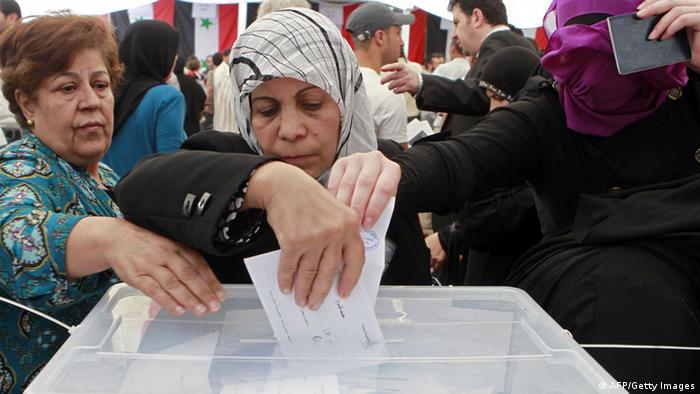 Syrian expats around the world had the opportunity to vote in Syria's presidential elections on Wednesday (28.05.2014), a week before people in their country go to the polls on June 3.

According to the Foreign Ministry in Damascus, some 200,000 of the estimated 3 million Syrians currently living abroad, which includes both refugees and peacetime residents, were entitled to vote.

In the Jordanian capital, Amman, hundreds of the country's roughly 1.3 million Syrian refugees came out to show their support for Syrian President Bashar al-Assad, waving the Syrian flag and clutching photos of their leader. They want him to win another seven-year term as the country's president.

Dancing at the embassy in Amman

Nahla, a Syrian mother of one, danced in the streets in front of the Syrian embassy where voting took place, waving her index finger high in the air. The tip had been dipped in black ink, indicating that she had cast her ballot. 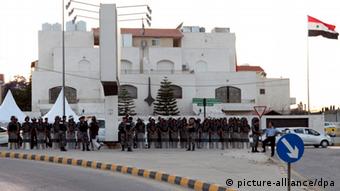 Voting at the Syrian embassy in Jordan took place on Wednesday

"We are all with President Bashar al-Assad with our hearts and souls," she sang. “Thank God we are by his side. Those against him don't have any effect on us. Every person is free."

Inside, the ballots offered voters three choices: Assad; 54-year-old Hassan bin Abdullah al-Nouri, a lawmaker from the Damascus; and 43-year-old Maher Abdul-Hafiz Hajjar, a policymaker from the northern city of Aleppo.

"The Syrian people are with the army and his wise leadership," beamed Al Sheik Selman Anteer, a religious leader from Syria's Druze community who likened the vote to going to war for the country. He too had a finger stained with black ink.

"Taking part in these elections also means resisting those who are trying to destroy and overthrow Syria's president. All of us have to stand by the just Syrian cause, with the unity of the Syrian land, Syrian people, leadership, and army, to defend the Arab nation," he declared.

Disillusionment across the street

While the joyous mood continued in front of the embassy, across the road a group of the Syrian opposition supporters gathered. They called the elections a fraud and many chose not to take part.

Hussein Al-Shoraiky adamantly denied that he had voted, while also giving voice to the apathy felt by many of the refugees who oppose the elections. 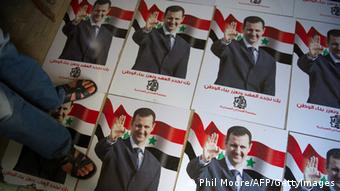 "Of course I did not vote today, because this process has already been decided," he said. The Syrian elections would make no difference to his situation, he insisted. "Assad will win these elections, no matter who agrees or who objects. These elections will only allow the butcher to shed more blood, while the international community turns a blind eye."

Nazi Abdullah was another young man at the opposition gathering who deemed the polls illegitimate.

"They are just doing these elections to convince the world they want President Assad to stay," he said. "But that is not correct at all. You can see what is going on inside Syria. Who on earth would like to elect a president who is doing this to his country?"

Little regard for any candidates

But Nazi has little regard for the other presidential contenders, whom he regards as puppets. "In the first picture Maher Hajjar gave to the media to present himself as a contender in these elections, there was a picture of Assad on the wall behind him," he laughed.

Abdul Jallel Ashraqi, a well-known civilian activist in Syria, said he could not take part in the elections as he feared for his life. ”I cannot go to the embassy," he said. "They will know me. And fight me. It's very dangerous for me."

Ashraqi was wearing a white T-shirt emblazoned with a hash tag followed by the simple word "no," or "la" in Arabic

"We feel the international community will not support us," he said. "We feel if we stand together we can say 'no' to voting and 'no' to the support of Assad and the Baath regime.”

Security in and around the embassy was very tight. Tensions were running high between people of all ages, with some for and some against the elections.

As Jordanian police stopped crowds from gathering and moved on cars that were sitting idle, an older woman called a young group of boys protesting the elections "dogs." She spat into the opposition's three-starred flag then used it to blow her nose.

Voting in Syria itself is expected to take place on Tuesday. However, there is uncertainty as to whether it will only be open to voters in government-controlled areas. 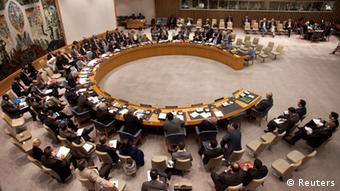 Despite the civil war raging in the country, the Syrian government is portraying the elections as a model of democratic reform and resolve, but Western countries have condemned the polls and the United Nations says they will make it less likely that the war can be ended through diplomacy.

Diplomatic progress between the government and the main umbrella opposition group, the Syrian National Coalition, has made little headway since talks in Geneva stalled earlier this year.

While the election results are unlikely to hold much weight internationally, they are being seen by some as historic for a country that has been ruled by one family for the past four decades. Referendums on the president's performance were as close to democracy as the country ever got.

Imperfect though it may be, this election is seen as progress by people like Nahla.

"Each person has his own will and is free. It's a democracy," she said, her inked stained finger still held high in the air. "I am free to choose the president I want. These elections are the most joy we can have. It's like a wedding. We are very happy."

Russia and China have vetoed a UN draft resolution to refer Syria to the International Criminal Court for war crimes committed by both sides. It was the fourth time the two voted against a Syrian resolution together. (22.05.2014)

On the run from Syrian chemical weapons

Syrian civilians have been killed in chemical weapons attacks, which the West attributes to Bashar al-Assad's regime and Damascus attributes to rebels. Qusai Zakarya survived one and wants to the world to know about it. (14.05.2014)