East and Southeast Asia are the world's largest markets for synthetic drugs. With rising demand for methamphetamines, health is not the only thing to suffer. The drug trade is also slowing development, say experts. 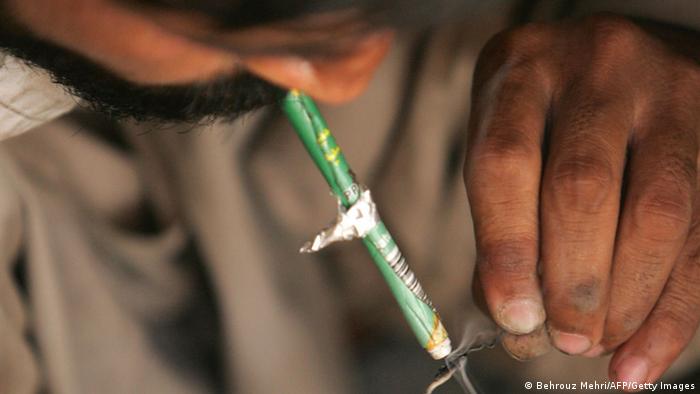 The use of synthetic drugs, particularly methamphetamines, is escalating rapidly in East and South East Asia. Powerfully addictive stimulants, methamphetamines can deliver a euphoric high but come with devastating side effects including brain damage, psychosis and severe decay as well as loss of teeth known as "meth mouth" - a tell-tale sign which could become increasingly recognizable across the region.

In East and South East Asia, the drug is mostly consumed in the form of pills, or by smoking white crystals known as "ice" - notorious around the world as crystal meth. Following crackdowns over the last decade on plant-based drugs in the region, most notably opium, the market has opened up for the production of synthetic drugs, which is more difficult to detect as it does not rely on cultivating large areas of land.

Myanmar, which remains the world's second largest opium producer after Afghanistan, is the principal producer of synthetic drugs in Southeast Asia. On August 18, the Myanmar government signed a landmark agreement with the United Nations Office on Drugs and Crime (UNODC) to implement a program tackling the country's major drugs and crime issues. The country is also currently hosting a regional conference aimed at indentifying solutions to resolve the problem.

Jeremy Douglas, UNODC regional representative for Southeast Asia and the Pacific, told DW that a transnational approach is essential when tackling synthetic drugs. One of the reasons the market has expanded so quickly is because economic integration in the region has created opportunities for drug-related activities across borders. 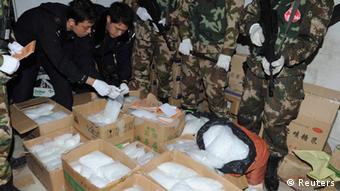 Keeping up with demand

While the level of plant-based drug use across East and Southeast Asia has remained relatively stable, "synthetic drugs have really exploded," Douglas said. "They've been very attractive to young users where opium or heroin is associated with the older generation," he added. And the use of the drugs has not only grown geographically - their social appeal has also expanded. "More recently they've evolved again and gone upmarket, attracting different demographic groups," Douglas told DW.

According to a report by the Australian National Council on Drugs (ANOD), "most countries of Asia are either producing countries or on major transit or trafficking routes from producers to consumer nations." The growing demand for methamphetamines in East and South East Asia is being met primarily through large-scale production in China and Myanmar.

Between 2009 and 2011, the total number of dismantled laboratories in the region that were producing amphetamine-type stimulants rose by almost 90 percent, according to a UN report this year. Douglas believes the key to stalling the trade is to target the precursor chemicals used in the preparation of these drugs. "Most of the countries in this region don't produce the chemicals that are necessary to make the drugs," he told DW. These chemicals are produced by pharmaceutical companies in countries such as China and India, and are then sold by traffickers to drug producers in East and Southeast Asian nations. 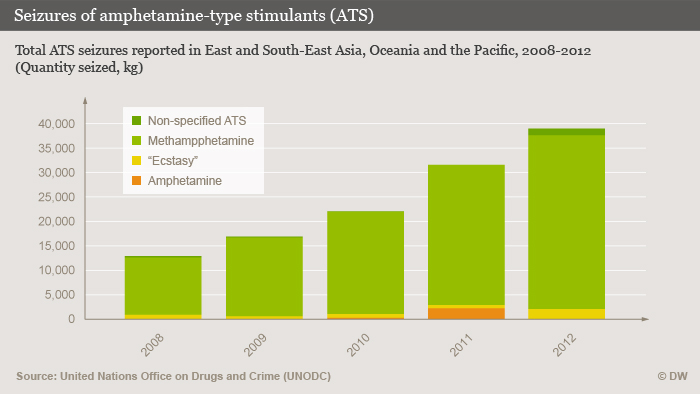 The UNODC estimates that the trade of synthetic drugs alone generates almost 17 billion USD a year in East and Southeast Asia. "This money is in the hands of criminal groups which are able to influence public officials; they are able to launder the money into legitimate businesses so it has a distorting effect on the economy," explained Douglas, adding that the huge economic power of the drugs trade can seem an attractive prospect for those involved.

After contacting a person familiar with the drug trade in China, DW found out that while "ice," or crystal meth, was previously the most popular methamphetamine on the market, a new variety nicknamed "pork," which is "stronger," has now taken over. "Nobody takes "No. 4" [high purity Heroin] anymore," the contact told DW on condition of anonymity, adding that the price of "pork" has also increased. The drugs are produced in China's Sichuan province, close to the border with Myanmar, he said.

While some East and Southeast Asian countries do offer treatment for drug addiction - Thailand, in particular, has extensive programs. However, the treatment available is often not in line with international recommendations. The focus on confinement and withdrawal often results in high relapse rates, where community-based programs show longer lasting results.

While the punishment for possession varies, almost every country in the region enforces the death penalty for the trafficking of methamphetamines, depending on the amount of drugs involved. 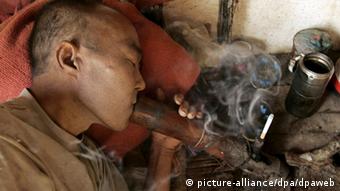 "Synthetic drugs have been very attractive to young users where opium or heroin is associated with the older generation," says Douglas

While poverty is believed to be the underlying cause of the surge in the market, the economy suffers even further from the ensuing financial burden. According to experts, the drug trade is a major drag on development in the region, drawing resources away from where they are most needed.

"A disproportionate amount of public expenditure is spent on the drug problem," said Douglas. Law enforcement bodies are under pressure, court systems are clogged with cases, prisons are overrun and in some cases the health systems are struggling to cope with the number of drug related patients, he explained.

Criminal activity on account of the drug trade is not only undermining development efforts, but also increasing human insecurity and threatening peace processes in the region, according to UNODC. The impact of the region's methamphetamine habit reaches further than the growing number of users and producers. The powerful drug trade is chipping away at the region's stability, even for those to whom "pork" and "ice" still just mean meat and water.

Ranked as the world's third most corrupt country by TI, Afghanistan has been plagued by corruption for a decade and is considered by Afghans themselves to be the second largest ailment of the country after violence. (26.04.2014)

As more extreme weather hits South Asia, the effects of climate change are taking a toll on the region's economy, with some nations at risk of losing up to 8.8 percent of their GDP by 2100, analyst Mahfuz Ahmed tells DW. (20.08.2014)