Asian nations must spend a lot more on infrastructure projects, the Asian Development Bank (ADB) has said. It argued that otherwise the battle against poverty and the fight against climate change could not be won. 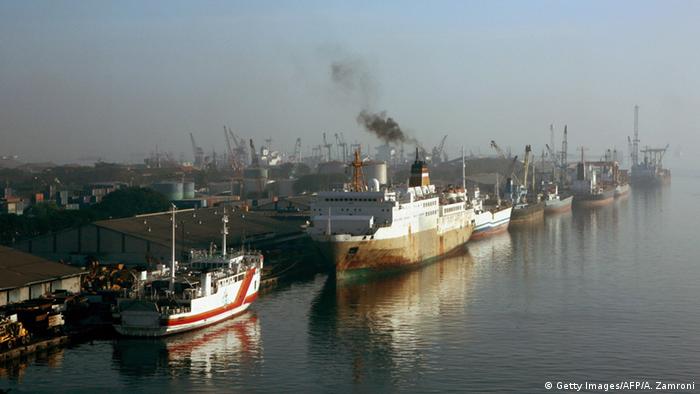 Developing countries in Asia and the Pacific would need to spend up to $1.7 trillion (1.6 trillion euros) a year, or $26 trillion through 2030, to meet their infrastructure demand and maintain the region's growth momentum, the Asian Development Bank (ADB) said in a report on Tuesday.

It noted its latest calculations meant requirements were twice as high as those found in the lender's previous estimate in 2009.

The Manila-based bank acknowledged that infrastructure development had already experienced a boost, but warned that a substantial gap remained nonetheless.

ADB officials pointed out that more than 400 million people in the region still lacked electricity, while 300 million had no safe access to drinking water and about 1.5 billion people lacked basic sanitation.

It added that many economies there had no modern ports, railways and roads to better connect them to larger domestic and global markets.

"The demand for infrastructure across Asia and the Pacific far outstrips current supply," ADB President Takehiko Nakao said in a statement. "Asia needs new and upgraded infrastructure that will set the standard for quality, encourage economic growth and respond to the pressing global challenge that is climate change."

The report urges nations to speed up regulatory and institutional reforms to make infrastructure projects more attractive to private investors.

The Philippines has turned to China-backed Asia Infrastructure Investment Bank to fund new projects. It's another signal of President Duterte's pivot to Beijing. (19.12.2016)