As world power shifts, will US reassess its ′exceptional′ status? | World | Breaking news and perspectives from around the globe | DW | 08.01.2011

As world power shifts, will US reassess its 'exceptional' status?

Since its birth, the United States has viewed itself as an exceptional nation destined to spread its values as far as possible. But as American hegemony goes into decline, will the US accept other nations as equals? 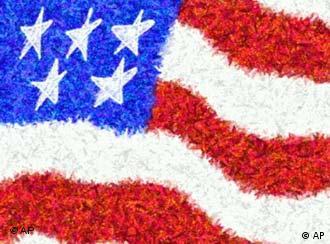 In the US, the flag has long stood for an exceptional freedom

After two centuries of economic growth and increasing world influence, America has come to view itself as a nation apart. Other countries - France, Great Britain, Germany, Russia - may have been great powers. But the US has historically seen itself as an exceptional power - one destined to lead the others into a globalized era of democratic peace, underpinned by a universal network of free trade.

The country's belief in its own exceptionalism "is not based solely on power but it's based very much on principle and on the perception of political values in the country,” said Edward Luck, senior vice president for research and programs at the International Peace Institute.

However, in recent years, American military hegemony has run up against limitations on the battlefields of Iraq and Afghanistan. At the same time Washington is learning that it can no longer necessarily coerce others to adopt its vision of a US-led global world order, as other economic and demographic powerhouses begin to stake their own leadership claims.

With the world in transition, will the US's exceptionalism - its belief that the world should emulate its system of individual liberty and initiative, private enterprise and limited government - remain in place? At least for now, the answer is yes, according to Luck:

"Even if China continues to have more rapid economic growth, people will say it doesn't have the societal values and government processes that can compare to those that the US has developed and has nothing compared to our constitutional system," Luck told Deutsche Welle. 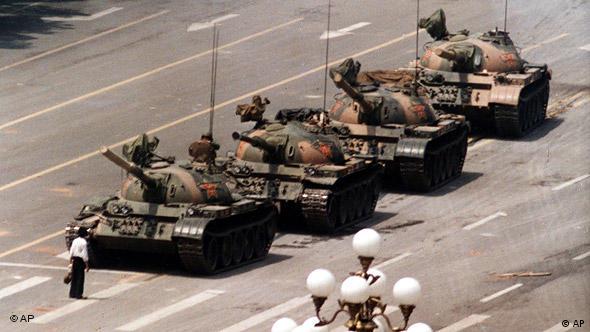 China may be economically strong, but Americans say freedoms are missing

Washington's still-unrivaled geopolitical power has reinforced its feeling of superiority, says Johannes Thimm, an expert on US foreign policy at the Berlin-based German Institute for International Security Affairs (SWP).

"The success the United States has had in international politics so far is a part of the exceptionalist discourse," Thimm told Deutsche Welle. "They have won two world wars and most other major wars. And the fact that they're the most powerful country in the world today certainly plays into the hands of those that claim it's an exceptional nation that's superior to others."

Self-confident in its power and principles, Washington has aggressively guarded its national sovereignty. Yet historically, Washington's emphasis on sovereignty has created tensions with the rest of the world.

As early as 1796, US President George Washington used his farewell address to warn America against joining entangling alliances. And after World War I, the US Congress refused to ratify the League of Nations, mankind's first serious attempt to build political community at the global level.

The US did play an instrumental role in the creation of the United Nations. But Washington has also failed to ratify a host of international treaties including the Kyoto Protocol and the Rome Statute of the International Criminal Court, among others.

The US supports multilateral organs - to a point

"We have a set of interests and a set of values and norms," said Paul Kahn, an expert in constitutional and international law with Yale Law School. "We really do believe in a liberal-democratic order - we think the rest of the world can advance that agenda through multilateral institutions. We're fine with that. We just have no interest in joining it."

Exception to the rule

During the 1990s, American foreign policy tacitly supported multilateral institutions such as the UN, promoting its ideal of a liberal-democratic world order. However, Washington has refused to submit itself fully to the rules that it expected other nations to follow.

Now, with American military power floundering in the deserts of Iraq and mountains of Afghanistan, Washington appears to have realized that it can't longer conceive, implement and secure a world order all on its own. As a result, the Obama Administration has implemented a more multilateral foreign policy.

"That's also recognition of the fact that the US can't solve the world's problems by itself, that it needs help; that it looks for partners for burden-sharing," SWP's Thimm said. "That's certainly a reaction to the fact that other countries are becoming more important."

And these countries have become particularly assertive in the aftermath of the economic crisis. Rising powers like China and India have begun to drive the process of globalization once dominated by America. As these powers become more self-confident, the American model has come under growing scrutiny.

So will the US at last become a nation that accepts other powers as equals? According to Yale Law School's Kahn, a loss of economic strength is unlikely to lead to any serious rethink of America's exceptionalist ideals. But other changes might. 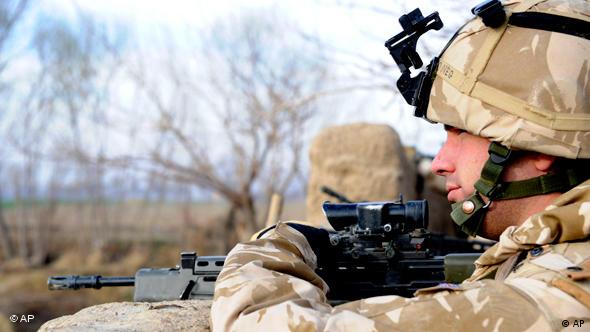 Some Americans says it's important not to doubt miltary actions

While American conservatives and liberals basically agree on the nation's exceptional status, they disagree on how to go about maintaining it in a world increasingly crowded with major global players.

"The conservative side of the debate thinks it's all about hard power," Thimm said. "The US has to remain a military force and shouldn't go around apologizing because it is going to look weak and accelerate decline."

"A liberal person would say the opposite is true," he continued. "American exceptionalism is also based on soft power, on the attractiveness of the American model. The fact is that the US is a good example to the rest of the world - but that only works if the US has credibility, meaning that its actions match its rhetoric."

Even if Washington's two centuries of expansion come to a definitive close, neither conservatives nor liberals are likely to abandon their belief in American exceptionalism, their belief in a country whose institutions, history and people put it in a unique position of leadership.

"This trait has such deep historical roots that it has survived all kinds of ups and downs in terms of international politics," Luck said. "It's true that for most of American history the US saw itself as an expanding power, a power on the rise. But I don't think Americans will easily give up on the idea of a pioneering country that will create new things and be on the cutting edge of growth."

The global economic crisis has pushed the United States to make room for rising powers. In turn, the Obama administration has adopted a multilateral foreign policy that is testing the strength of transatlantic ties. (08.10.2010)