Artur Brauner: Interview with a German film legend | Germany | News and in-depth reporting from Berlin and beyond | DW | 03.01.2016

Artur Brauner is undoubtedly one of the most successful German film producers ever. The 97-year-old spoke to DW about working in the dream factory and his life as a Jew in Germany. 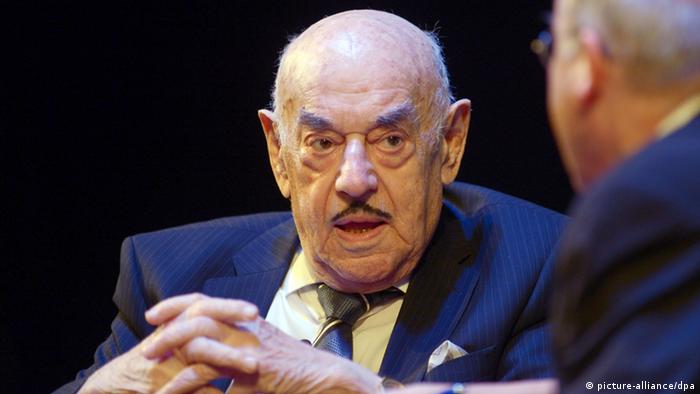 Artur Brauner was born in 1918 to Jewish parents in Lodz, Poland. In 1946, he founded the Central Cinema Company (CCC Films) in the American sector of Berlin and he made postwar Berlin an international film center again. The legendary production company celebrates its 70th anniversary this year. The Israeli World Center for Holocaust Research, Documentation, Education and Commemoration has been regularly screening more than 20 of his films which are about the persecution of Jews.

Many of his films have won awards, with his accolades including Golden Bears, Golden Globe Awards and five Academy Award nominations. He has brought over 250 feature films to moviegoers, including some disturbing dramas about the Nazi era.

DW: Mr. Brauner, when did you decide to get into the movie business? Was there a defining moment?

Artur Brauner: Yes, the confrontation with the eyes of a dead 10- to 12-year-old Jewish boy who was killed by the murderous SS in the final days of the war. At that time, I decided to make my childhood dreams come true. My intention was to produce a film about the innocent victims, about the extermination of an entire people. 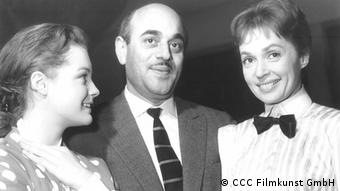 Brauner between actresses Romy Schneider (left) and Lilli Palmer in 1958

Shortly after WWII you founded the company "CCC Film" and set up your own film studios. That cost a lot of money. In addition to that, your first major film "Morituri," a production about the persecution of Jews who hid in Polish forests put you in debt instead of earning you money. How did manage to make ends meet in the early years?

I produced two comedies which provided me with the capital to repay the debt for the politically significant film project "Morituri" and to be able to keep working. The two films made it possible to cover costs, prepare the next film and establish CCC.

I enjoyed reading of the screenplays for "The Good Soldier Sweik" and "It Happened in Broad Daylight." I prefer to forget the less pleasant moments. To this day, I am understandably annoyed about the fact that Germany did not nominate our film "Europa Europa" for the Best Foreign Film Oscar in 1992 even though it had millions of viewers in the USA and won the Golden Globe Award. It is still not clear why the German selection committee did not propose any German films for the Academy Award even though "Europa Europa" was a favorite.

Why are so few big adventure films or detective film series made in Germany for movie theaters? 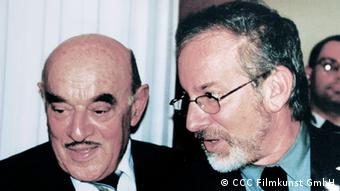 Many of the films I have produced, like many Edgar Wallace films or "The Tiger of Eschnapur," can no longer be produced for financial reasons. If several producers came together to create a co-production company, then a financially viable film project could be developed.

You have produced many films about Jewish issues. Were there missionary intentions behind them or did you want to achieve something in particular?

My thoughts and intentions while making anti-Nazi films were, and still are, that after us, in a hundred years or later, audiences and especially the young generation will hopefully view them with interest. What happened in the past still seems unbelievable. How is one to imagine 30-year-old men shooting infants between the eyes or two heads being put together to use fewer bullets? Or how can one imagine that boys crying for their parents were thrown into a cesspool? You can only grasp that here and now because such acts can still be confirmed any time. Later, in one or two hundred years, it will hard to maintain the credibility of these subjects.

Do you feel a strong bond with Israel? Have you often thought of emigrating during your life?

I have been to Israel several times and I do feel a strong bond with the country. Every time neo-Nazi riots reach a climax, I think about emigration. On the other hand I am so connected and bound to Germany that moving would be difficult or almost impossible.

What do you think of German media reporting on Israel?

German media reporting on Israel must be criticized, sometimes seriously criticized - with the exception of some reputable, pro-Israel newspapers. Negative reports contain some discontent that has built up with regard to the success of the Israeli state. 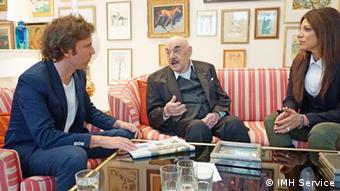 Bjorn Akstinat with Brauner and his daughter Alice during the interview

What do you think of Jewish life in Germany today?

The development of Jewish communities in Germany is positive, even though relations between established Jews and new Jewish immigrants from Russia are rather frosty.

All your life you have been on the go and have had many plans. Now, in your old age, do you still have wishes and plans?

My old age will not keep me from fulfilling my wishes. Some movies will actually remain a dream because they are either too expensive to make or will not be picked up by television stations or German distributors. It is still written in the stars whether - or when - that will change, and I gaze at them every night.

The interview was conducted by Björn Akstinat.

The documentary "Tacheles: The Heart of the Matter" tells the story of a third-generation Jew who tries to free himself from the Holocaust legacy by playing a computer game.