Arsenal will face Chelsea in the Europa League final in Baku Olympic Stadium on May 29. The Gunners are unhappy about logistics and worried about whether one of their players will even be allowed to play there. 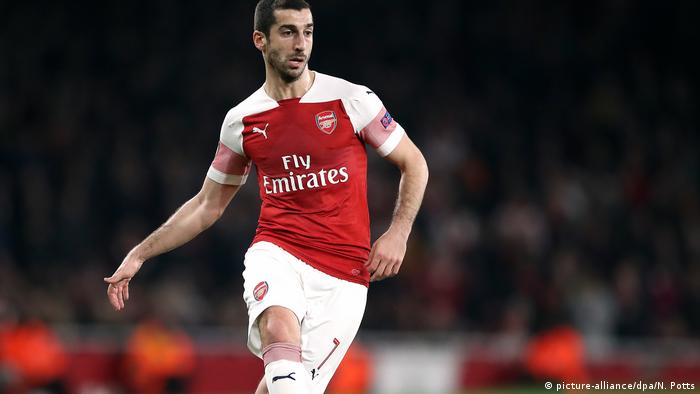 Arsenal said on Thursday that the decision to award Baku the right to host the Europa League final was "unacceptable" because of the difficulty and costs of getting there.

"We have 45,000 season ticket holders and for so many fans to miss out due to UEFA selecting a final venue with such limited transport provision is quite simply not right," the club said.

UEFA, the European football governing body, awarded Arsenal and Chelsea 6,000 tickets each for their fans to attend the game, which will be played in Baku Olympic Stadium with a capacity of 68,700.

Supporters will travel thousands of kilometers to watch what is, in essence, a London derby.

Read more: Opinion: Two all-English finals? Be careful what you wish for...

Relatively few flights are available between Western Europe and Baku. Those available are generally expensive.

"Time will tell if it is even possible for 6,000 Arsenal fans to attend the match, given how extreme the travel challenges are," the club said. 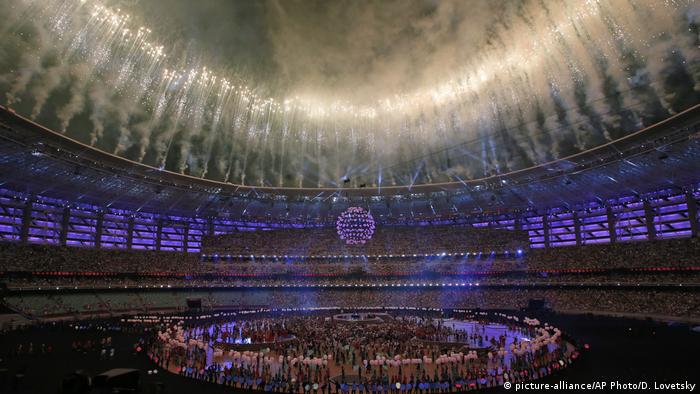 The English Premier League side also called on UEFA to explain "the criteria" it used to award hosting rights and urged it to consider "supporter logistics" in future decisions.

Ivan Gazidis, Arsenal's then-chief executive, had been on the UEFA committee that awarded Baku the hosting rights in September 2017.

On Wednesday, Azerbaijan Sports Minister Azad Rahimov dismissed the criticism of Baku. "This is Europe and any city has a chance to host such kind of an event," he said.

The minister also said Arsenal midfielder Henrikh Mkhitaryan, an Armenien, could play in the final: "He receives all the guarantees from the government about the security, visa support, everything."

Arsenal had voiced concerns about Mkhitaryan's status in Azerbaijan amid diplomatic tensions over Nagorno-Karabakh, a region of the country that ethnic Armenian forces have occupied since 1994.

Far-right AfD calls for 'normal' Germany at conference 5h ago