A Mexican citizen was arrested while trying to smuggle 11 iguanas from the Galapagos Islands to Uganda. Wildlife trafficking is the third most profitable illegal activity, after the smuggling of drugs and weapons. 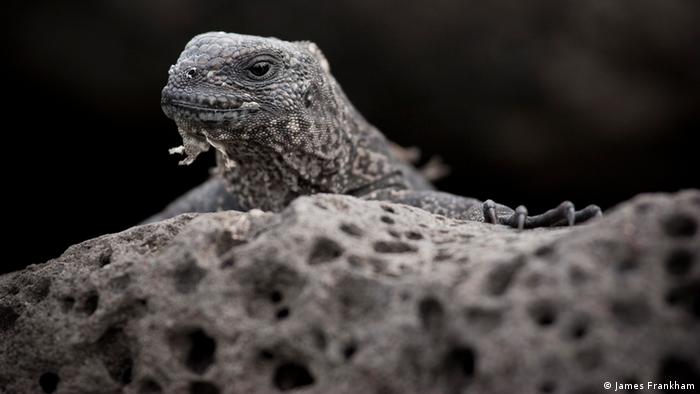 A Mexican citizen, identified only as "Gustavo T.," was arrested September 6, 2015, by Ecuadorian environmental police while trying to leave the country with nine juvenile marine iguanas and two juvenile land iguanas, seized from the Galapagos Islands.

It is an emblem of Africa’s heritage but has also become a symbol of human tyranny and greed. More than three elephants are killed illegally every hour across Africa. But Uganda offers some hope for the gentle giants. (18.08.2015)

For Kenya's Maasai warriors hunting has been a traditional rite of passage. Now they have dropped their spears and picked up cricket bats to raise awareness of the plight of a species whose future hangs by a thread. (10.08.2015)

The United Nations General Assembly has approved plans to combat smuggling of wild animals around the world. The resolution is not legally binding, but reflects global opposition to wildlife poaching. (30.07.2015)

A global effort to tackle illegal wildlife trading has resulted in hundreds of arrests and the seizure of tons of plants and animals - dead and alive. Conservationists welcome the news as a step in the right direction. (19.06.2015)

The smuggler is an alleged member of a trafficking network that has been under investigation by the Convention on International Trade in Endangered Species (CITES).

The man apparently captured the iguanas in the wild, then tried to smuggle them off the island packed in cardboard boxes in his backpack. He had intended to ship them to Uganda with the help of other foreigners pretending to be tourists in the islands. According to officials, each iguana could fetch up to $25,000 on the black market.

"Gustavo T." was apprehended on Santa Cruz Island, one of the islands of the Galapagos archipelago. He had already spent 18 months in prison for trafficking reptiles in New Zealand.

The Ecuadorian Environment Ministry stated that wildlife trafficking is the third-most-profitable illegal activity in the world, after drugs and weapons traffic.

The Galapagos Islands are listed as a UNESCO world heritage site, and have been a special target for wildlife traffickers, due to their unique collection of isolated wildlife.