Witness or accomplice? At a congress in Berlin, historians have been debating Germany’s role in the genocide of Armenians 100 years ago. New findings show that Germany’s complicity is greater than previously assumed. 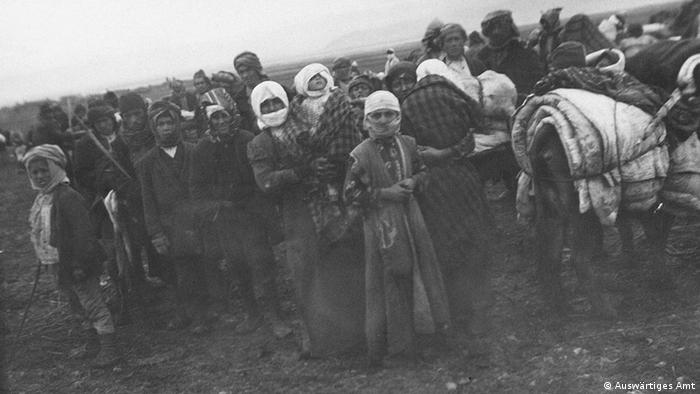 On September 29, 1916, diplomat Gottlieb von Jagow had to give German Reichstag an account of the terrible events in Turkey, then the Ottoman Empire.

It was about mass displacement and executions taking place in the eastern region of Anatolia. The German Empire was a colonial power there at the time and also an ally of the Ottoman government, which had previously initiated a mass persecution of Christian Armenians before the onset of World War I. "We did everything we could," stated von Jagow in defense of Germany's passivity.

This silent acquiescence toward the mass murders has been the subject of the International Historians Congress in Berlin.

Historians see the German Empire's involvement in the deportation of Armenians as a proven fact. However, the part the Germans played is still not clear. Were they mere witnesses, or were they actually accomplices?

Depending on estimates, 300,000 to 1.5 million Armenians were murdered by the Turks. Armenians call this catastrophe "aghet" and refer to it as genocide. Yet in modern-day Turkey, the state that replaced the Ottoman Empire, the human suffering of that era is still officially seen as "a war–related dislocation and security measure." The number of victims is still a matter of dispute in Turkey, making reconciliation between Turkey and Armenia difficult. 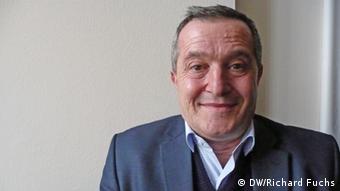 The 160 historians in Berlin were focused on Germany's complicity in the Armenians' suffering. According to the Armenian historian Ashot Hayruni from the State University of Yerevan, the Germans are seen as accomplices because of their silence and cold indifference.

The German government just stood by and watched as the young Turkish government expelled Armenians from Turkey to the deserts of Mesopotamia, a region now in modern-day Iraq, Kuwait and Syria. And Germans claimed that they did not want to interfere, even though they were very well-informed.

Historian Christin Pschichholz from the University of Potsam has no doubts. After having read files at the German Foreign Ministry, she concludes that, "the German government had extensive information about the destructive policies regarding the Armenian population in the Ottoman Empire. Death marches, executions and forced labor: German diplomats painstakingly took note of everything happening around them at that time."

Historical witnesses were quite aware of the atrocities, as illustrated by a dispatch sent on July 7, 1915 by the German Ambassador in Constantinople (now Istanbul) to the Imperial Chancellor. It said, "it is the declared intention of the government [meaning the Turkish government] to destroy the Armenian race in the Turkish Empire." 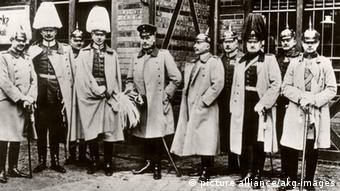 Historian Rolf Holsfeld at Lepsiushaus, a highly regarded research institute in Potsdam, says, "the statement that genocide took place on Ottoman territory in 1915 and 1916 has been officially known to the German government for over 100 years. "

The way Germany handles the subject of the Armenian genocide does not directly reflect on Germany's complicity at that time. German government officials have always avoided using the word genocide when speaking of Armenia. Instead, they speak of massacre and dislocation.

In February 2015, the Linkspartei, German's far-left party, asked parliament about the use of terms regarding the persecuted Armenians in Turkey and the government decided to continue using the same terminology. The reason given was that it did not want to jeopardize Turkish-Armenian reconciliation. The German government's policy: categorizations should be left to academia.

Armenia, together with more than 20 other countries, and the majority of the historians at the Berlin convention have classified the events as genocide, in accordance with the UN Genocide Convention of 1948.

About a year ago, the former Premier and now President of Turkey, Recep Tayyip Erdoğan, broke the decade-old silence of Turkish officials on this subject. He apologized to the victims and their descendants and spoke of the "inhuman consequences" of the Armenians' expulsion. He did not speak of genocide. 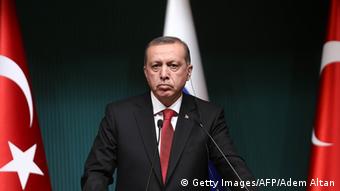 President Erdogan apologized in the name of present-day Turkey

Former East German civil rights activist and former member of parliament for the Social Democrats, Markus Meckel, was in Bundestag when the Armenian issue was first discussed 10 years ago.

Even then, no resolution regarding Turkey could be adopted if it contained the word genocide. After a great deal of discussion, an ensuing paper stated that the Germans apologized for the "inglorious role" of the German Empire. It was not possible to say more. Even in communism, said Meckel, history was defined by politics.

Yet Germany could send an important political signal by recognizing the suffering of the Armenian people as genocide. He says, "Anyone who does not use this term is basically giving the suffering and the catastrophe a lesser meaning."

To Yerevan with a small German delegation 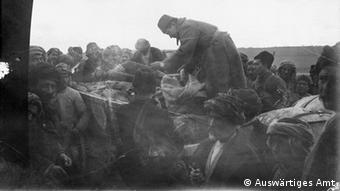 According to DW sources, the German parliament plans to remember the victims of the Armenian genocide with a debate. But there is little cause to believe that anything will change in an argument about remembrance culture.

Quite the contrary: now there is a dispute as to who will represent Germany at the main memorial service in Armenia on the 100th anniversary of the genocide on April 24 this year. The expulsion of the ethnic group began at Istanbul's Haydarpasa station on April 24, 2015.

Until now, the German Foreign Ministry claims that it is still checking to see who will officially represent Germany in the Armenian capital.

Insiders are expecting that Germany's reticence on this issue will be underscored by the absence of high-level politicians. It is possible that only the German ambassador will attend the service, whereas France will be represented by the president himself, Francois Hollande. Historian Jürgen Gottschlich has called this 'scandalous.'

A center has opened in Prague to support civil society activists facing repression in former Soviet Union countries. The center is backed by a coalition of Czech, Norwegian, Polish and US-based organizations. (19.02.2015)

Report: Torture is a European problem too

A day after Amnesty International published a report on Europe's collusion with the CIA's torture program, the Council of Europe published its own shocking survey of abuse in detention centers across the continent. (21.01.2015)

Tumbling oil prices and Western economic sanctions have caused the Russian ruble to crash – with dramatic consequences for Russia’s neighbors and trade partners. (13.01.2015)