Terminating a pregnancy is a divisive issue in the predominantly Catholic Latin American nation. Pope Francis, who hails from Argentina, has likened the procedure to hiring a hitman. 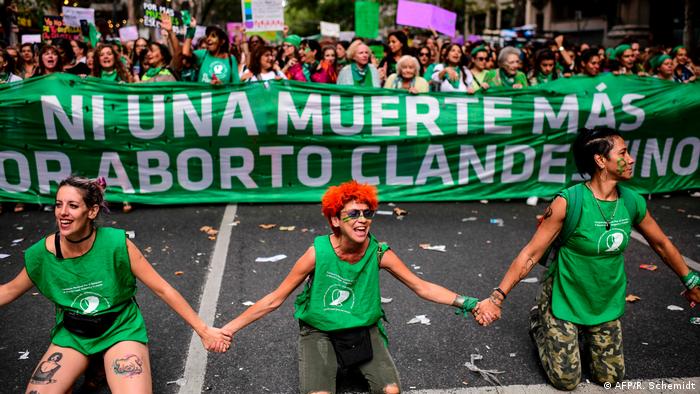 Argentinian president Alberto Fernandez is to present a new draft law to Congress that aims to legalize abortion, re-opening a controversial debate in the largely Catholic country after similar efforts failed two years ago.

Fernandez made the announcement in a video message on his Twitter account on Tuesday, saying the bill would ensure "that all women have access to the right to comprehensive health care."

He had pledged during his election campaign to change the country's restrictive laws on abortion.

It is currently only allowed in case of rape or if the mother's health is in danger, mirroring similar restriction across Latin America.

According to statistics published by Human Rights Watch, nearly 40,000 women in Argentina are treated in hospital each year after undergoing botched illegal procedures.

In 2018, the Chamber of Deputies, the county's lower house of parliament voted to legalize abortion only for the Senate veto the move.

Women's rights activists have long called for the procedure to be allowed in Argentina, holding several protests to seek change. 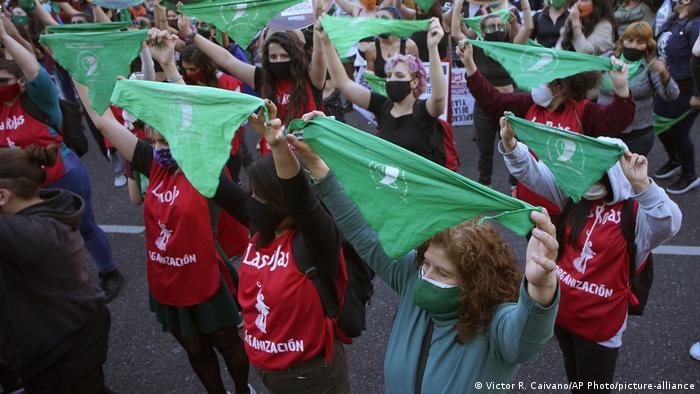 The right of an expectant mother to choose is largely prohibited across the entire continent.

Cuba, Uruguay, and Guyana are the only Latin American countries that permit a termination in the first weeks of pregnancy. The procedure is banned in all circumstances in El Salvador, Honduras, Nicaragua, and Haiti.

But efforts to legalize abortion have started to emerge in the region as some societies become more liberal and the Roman Catholic Church loses sway amid clerical sex abuse cases.

Pope Francis, formerly Archbishop of Buenos Aires Jorge Maria Bergoglio, said in May last year that abortion can never be condoned, even when the fetus is gravely sick or likely to die, comparing the decision to "throw away a life" with hiring a "hitman."

Fernandez, who ousted his predecessor Mauricio Macri in elections last year, said a separate bill would help poorer families to avoid having abortions for economic reasons. That proposed legislation would include "a 1,000-day insurance policy, with the aim of strengthening comprehensive care during pregnancy and for children in the first years of life," he said.

Argentina's parliament is again debating the liberalization of abortion laws as citizens on both sides of the argument protest en masse. After the issue has divided the country for years, could there finally be a change?