Women are indeed better investors on average, but they don't know it. Most financial products are designed by men, for men. New women-focused digital investment platforms are hoping to fill in the gap. 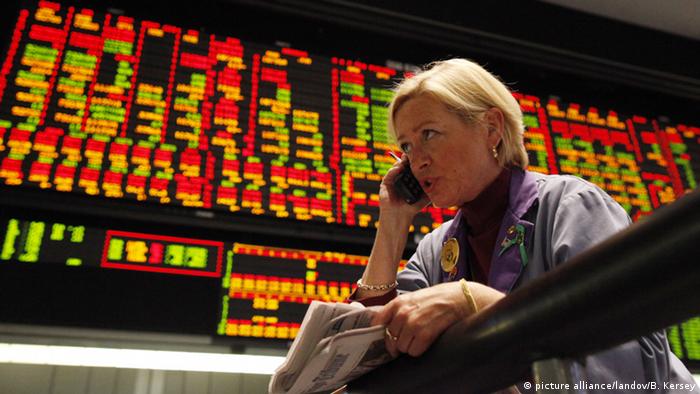 Wall Street is something of a boys club. It's mostly men who work in the offices of banks and investment funds; it's men who dominate boards of directors and executive suites. The same men tend to call the shots on family finance matters at home.

In this context, it's easy to overlook the fact that American women control around five trillion dollars in wealth and property. Ninety percent of all women are, at some point in their lives, solely responsible for their financial affairs - and often that of their families, too. That's because they're marrying later, divorcing more often, and living longer than their partners.

But for the most part, women are not active financial investors. That's why the financial sector sees women as an under-exploited market opportunity. Startups are springing up whose mission is to persuade women to invest their wealth, in order to earn fees and commissions.

One such startup is Ellevest, founded in New York in 2014 by Sallie Kravcheck. The 52 year old former CEO of Citigroup and Bank of America is one of the few prominent female figures on Wall Street - and an insider intimately familiar with the Street. 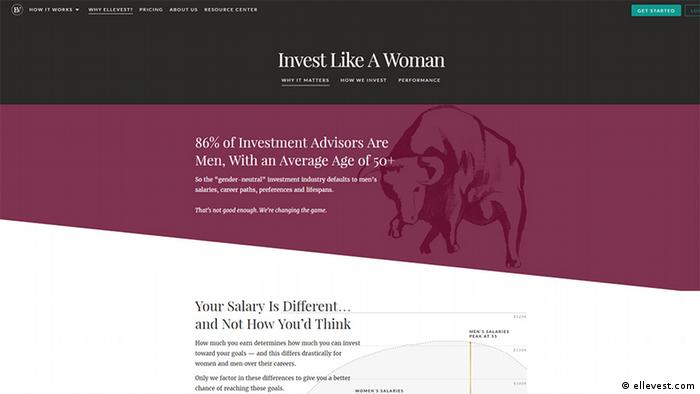 Ellevest advises women on how they can invest their money, and manages funds invested with it, for a fee. The money is invested in 21 different asset classes, no differently from most other investment firms.

Women: No money and no clue?

Kravchek knows that a lack of women is one of the great weaknesses of the financial sector. She's familiar with all the clichés about women and money - she was teased with them on an almost daily basis for years by colleagues and fellow CEOs. Kravcheck now likes to say that she used to agree with the cliché - she too believed that women have no money and no clue about investing.

"The idea that women aren't that interested in investing is a myth," she told DW, adding that the financial industry simply has not yet figured out how to reach out appropriately to women. That's not a surprise, since four of five investment advisors are men. The financial sector's vocabulary is accordingly shaped by metaphors from the worlds of competitive sports and warfare.

"For years, the industry didn't understand that half the population and its money was out of the picture when it came to investing," Kravcheck said.

When she made this point to male colleagues, they shrugged and said it was the husband who managed the family's money, so it didn't matter.

Eventually, Kravcheck decided to take the bull by its horns. She left her CEO job with a big bank and launched her own startup. Ellevest is a digital investment plaform for women, managed by women. The firm's investment funds are tailored for women. To achieve that, Kravcheck's team had to take a fresh look at investment fund design, because women have certain expectations that are rooted in their gender. 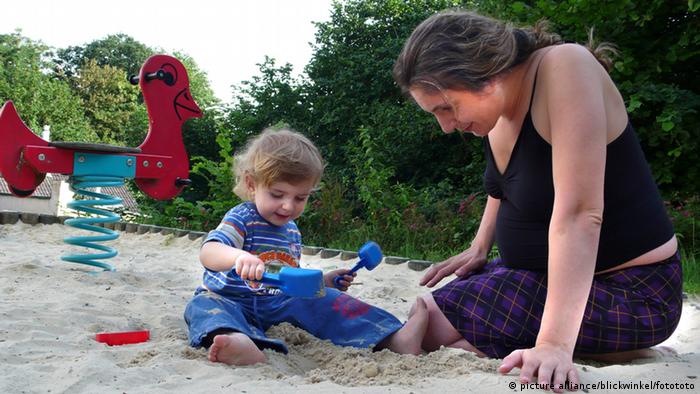 Ellevest funds take into account that women have a flatter lifetime earnings curve than men that hits a peak earlier. Women are more likely to have a career pause as a result of child-bearing, and women tend to live a few years longer than men.

But Kravchuck's startup doesn't have the field to itself. The very big investment managers have recognized the potential of women as investors too. BlackRock Investments, which has about $5.4 trillion under management, has opened a new research department focused on the behavior of women investors. So has Fidelity Investments, with its 26 million individual investors and $6 trillion in total customer assets.

Alexandra Taussig works as Fidelity's senior vice president for women investors. Taussig says that women differ not only in terms of their financial requirements, but also in their attitudes toward money and investment.

Women are generally more risk-averse than men. Kajanga Kulatunga heads the Behavioral Investing research department at Australian investment management firm "nab asset management." In one study, Kulatunga discovered that women and men activate different brain regions when they think about making investment decisions, concluding: "Men are willing to take a lot of risk, women not so much."

That's not a surprise - it confirms the relevant folk wisdom. But this characteristic can make women better investors, in the views of Kravcheck, Taussig and Kulatunga. The numbers back them up: When women invest money, on average, they generate better results than men.

A data platform called Openfolio regularly evaluates financial results obtained by American investors. In 2016, women outperformed male investors for the third year in a row. An evaluation of the data from 60,000 users of the platform showed that in 2016, women obtained, as a group, 0.4 percent better returns on their investments than did men. 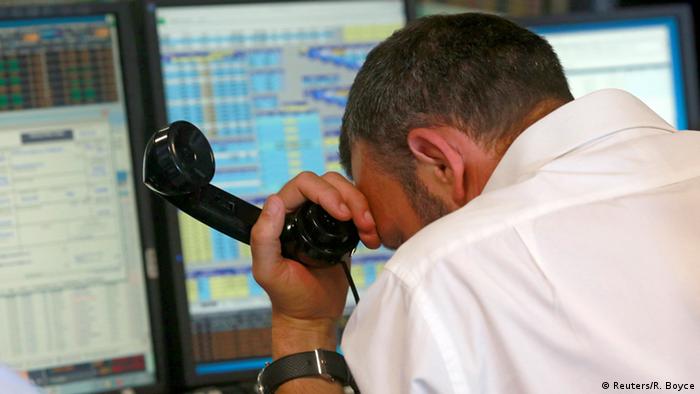 During the 2015 bear market, women lost on average 2.5 percent, whereas men lost just under 4 percent of the values of their portfolios, according to market tracker Openfolio

Hardly anyone is aware of these statistics - including women investors themselves, as Taussig discovered in a study of Fidelity clients. "We asked women and men who they think is better in investing - women or men," she said. Only nine percent of the survey respondents thought women were better, whereas 42 percent said men. The rest had no opinion or thought there was no difference.

But men are less concerned over their knowledge gaps - they invest even when they don't really have much understanding. "All of these traits being more patient, being able to analyse risk appropriately… Men often trade single stocks, they are more likely to trade more often. Women buy and hold,” Kravchuck said.

In most cases, women's money just sits in bank accounts, Kravcheck said: "There's definitely an investment gap in America, and it's expensive for women." Depending on salary, a failure to invest effectively could cost a woman millions over a lifetime, she said, citing an example: If a woman earns $85,000 a year, typically about 20 percent of it is saved. If it sits in a bank account and isn't invested, it could cost her as much as $100 a day in money not made - assuming, of course, savvy investments that generate a suitably positive rate of return.

Investment fund managers like Fidelity also lose out, of course, when women leave their money sitting idly in a bank. That's why they're embarking on a push to get more women interested in investment.

Fund managers claim that the nation's economy would also benefit if more women got into investing, because more money in financial markets, and more investments, can help generate higher rates of economic growth.