Are church forests key to conservation in Ethiopia?

In the highlands of Ethiopia efforts are underway to protect the cultural and biological resources of an ancient landscape. The key to regeneration may be as old as the book of Genesis itself. 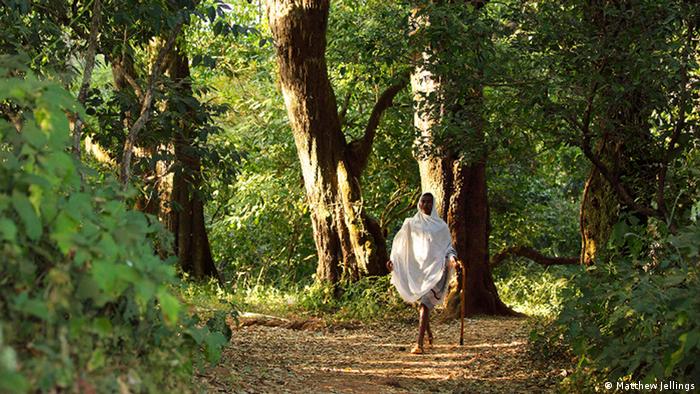 The watershed surrounding Lake Tana in the highlands of northern Ethiopia faces multiple environmental threats, ranging from deforestation to overfishing. But salvation may start at the waters' edge.

Ranging in size from a few acres to several hundred acres, ancient stands of trees contain islands of biological diversity in a region largely devoid of woodlands. Called church forests these stands comprise what remains of Ethiopia's original forest canopy. 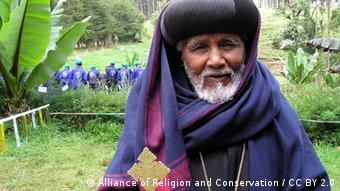 The woods have been preserved by priests of the Ethiopian Orthodox Tewahedo Church, a Christian sect that have served as stewards of these ancient groves since the 16th century. In Ethiopia, thousands of these groves remain in a landscape stripped of native vegetation. The followers of this group believe church forests are to be preserved for God’s creatures. Symbolizing the Garden of Eden from the Book of Genesis, the woods are revered as places of worship to be cared for and cherished but are not considered to be living deities.

Unfortunately the woods are in jeopardy. In a region where faith and farming commingle, expediency takes precedence over trees. When viewed from above, it becomes apparent church forests are patches of green surrounded by a mosaic of fields, pasture and human settlements. No stranger to drought or strife, the pressure to plant crops for the sake of food security and economic development in Ethiopia is acute. 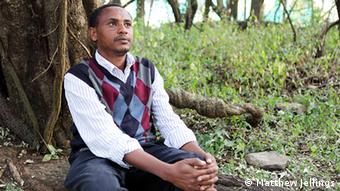 Margret Lowman and Alemayehu Wassie Esthete (photo) team up to educate Ethiopian’s on the value of biodiversity.

However, canopy researcher Margaret Lowman and forest ecologist Alemayehu Wassie Esthete want to ensure future generations of Ethiopians speak about church forests in the present tense. In order to protect what remains of the forest, the duo has teamed up with other like-minded scientists and local priests to work toward a common goal.

"We have the same mission. They call it God’s creatures and we call it biodiversity, but we’re all trying to conserve it," says Lowman, who is science and sustainability director for the California Academy of Sciences.

Lowman met her Ethiopian counterpart several years ago, at a forest ecology conference in Mexico. According to Lowman, he is one of the few people in the world to study the church forests, along with a handful of Western scientists. Fondly known as Canopy Meg, she is one of the world’s foremost experts on forest ecosystems and how they work. While in Mexico, she learned about the plight of the church forests and the limited opportunities Dr. Esthete had to pursue his research. Lowman then swung into action.

In 2011, she mobilized a team of scientists to conduct a quick biological inventory of church forests near Lake Tana. It’s the first of a series of long-range studies she believes will lead to a better understanding as to how church forests function and that she hopes will ignite interest in the conservation community.

Fortunately information is starting to flow. According to a recent biological survey approximately 170 native trees and shrub species were found to grow in church forests. A promising sign for a region stripped of its original vegetation due to deforestation. The groves serve as seed banks for native trees and harbor wildlife otherwise absent from the landscape.

Recent research also indicates church forests benefit local farmers. The woods are home to native bees and other pollinating insects that provide an essential environmental service. Bees and other pollinators are known to add value to crops, boosting production yields by as much as 40 percent.

Respect for nature is a part of religion’s DNA

Church forests belong to a long-standing tradition among religious groups to protect and preserve forests and wild lands. Around the world, shrines, monasteries and temples were established as places of refuge centuries, if not millennia ago. According to the Alliance of Religions and Conservation, an estimated five to ten percent of wild lands are currently held by religious organizations. Thanks to researchers like Lowman and Esthete, these sacred lands are beginning to be recognized for their value as conservation sites worth studying and protecting. 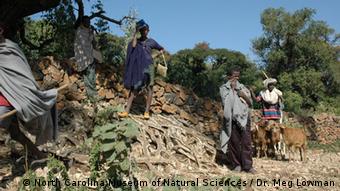 Study stone fences provide a natural barrier to livestock and a way for farmers and church leaders to find common ground.

“Indeed we are trying our best to safeguard at least some of the church forests before their entire elimination,” Esthete writes via email. Before that happens, the pair is touting the benefits of environmental stewardship to the Orthodox Church, facilitating talks between farmers, priests and engaging scientists with their research.

They’ve also launched a pilot project that incentivizes conservation. Persuading villagers and church elders to build stone fences demarking the boundaries of four church forests. No small feat considering the amount of labor involved, due to the lack of mechanized equipment. The benefits of fence building are multifold; farmers acquire land suitable for agriculture, whereas, fences prevent further encroachment into church forests and bar livestock from wandering into them to forage for seedlings. Lowman calls this a "Win-Win-Win" conservation project that provides farmers with the motivation to uphold church boundaries and priests with the ability to do so.

A grand bargain, echoing the sentiment "good fences make for good neighbors," which in this instance may very well be true.

From climate sins to the climate apocalypse, the dialogue surrounding climate change is taking on religious undertones. Now preachers and religious leaders are trying to turn their followers into climate believers. (02.04.2013)

‘Every religion has within it the seeds for ecological concern’

Laurel Kearns has researched religiously motivated groups in the US who deny human-induced global warming. She talks to Global Ideas about their impact and the potential of religion to tackle climate challenges. (09.04.2013)

'People are unaware of the church's influence on climate issues'

What do churches and climate protection have to do with each other? A whole lot, according to theologian and ethicist Markus Vogt. He tells us why the church is the best place to address issues raised by climate change. (02.04.2013)