Standardized by shape and weight: 5,000 years ago, people used rings, bangles and axe blades as an early form of money. 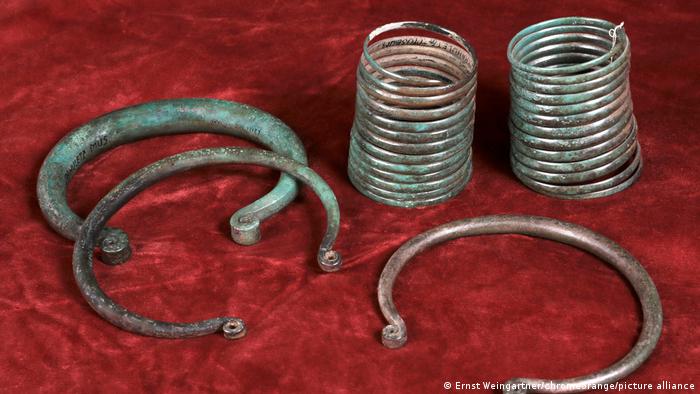 How much does this sword cost?

This is how a prehistoric bartering might have sounded before coins came into circulation in the Bronze Age in Europe. At that time, rings, rib bars, and axe blades of either bronze or copper were common currencies. And surprisingly, these objects were standardized in weight and shape in many parts of Europe, researchers at Leiden University have discovered. 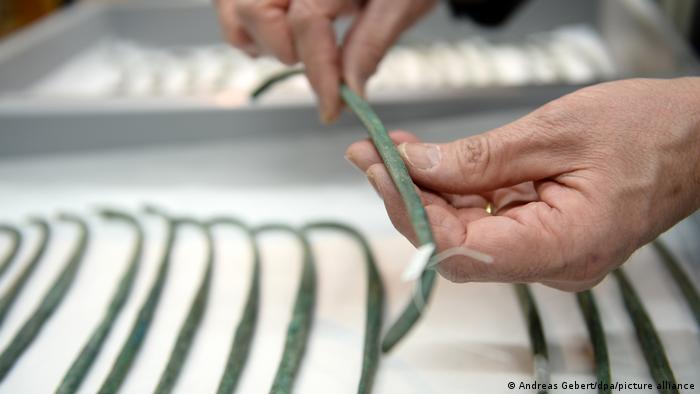 4,000 year old copper bars in the Bavarian State Office for the Preservation of Historical Monuments

The Dutch researchers examined more than 5,000 bars, axe blades, and rings from the period of 2150-1700 BC. The examined objects came from different archaeological sites, including in what is today South Germany, Austria, the Czech Republic, as well as North Germany and southern Scandinavia. They found not only single objects, but whole collections (hoards) of several hundred pieces.

Although the objects came from very different regions and times, they were surprisingly uniform in shape and weight, according to the study published in the journal Plos One. About 70% of the rings examined had an average weight of about 195 grams.

But how was this possible? After all, people didn't regularly use scales. 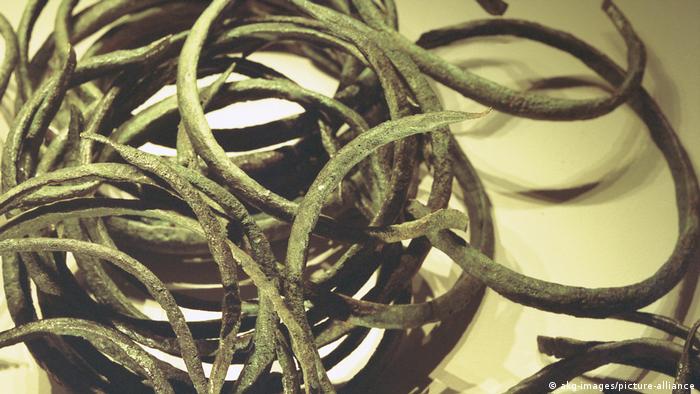 The Dutch researchers discussed the Weber-Fechner law – from the field of perceptual psychology – in their analysis. This law describes the relationship between the objective intensity of stimuli and the subjectively perceived strength of sensory impressions.

According to the Weber-Fechner law, one only recognizes a weight difference when there is a weight increase of approximately 2%. So for a metal object weighing one kilo, i.e. 1000 grams, another object would have to weigh 20 grams more to appear heavier. 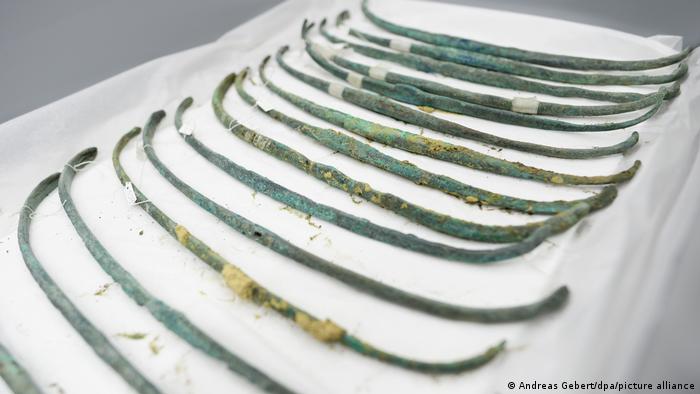 4,000 years old: 800 of these exactly equal sized and heavy bars were found in Oberbauern.

The development of such a comparative weight and measurement system is among the most significant prehistoric developments of human intellect, Maikel Kuijpers and Catalin Popa of Leiden University's Department of Archaeology said in their study.

The shape and weight of objects were so similar that they were perceived to be standardized.

So even in prehistoric times, people realized that objects had to have a standard size in order to serve as a common currency that would be accepted across vast distances.

A long-lost artifact from the Queen's Chamber of the Great Pyramid in Giza has been rediscovered in Aberdeen. The relic was dated to somewhere between 3341 and 3094 BC, long before the construction of the pyramid.

Who were the Germanic tribes? Where did they live, and what were their daily lives like? An archaeological exhibition in Berlin offers insights.