Mali's president has said that wreckage in the north of the country is believed to be from a missing Air Algerie flight from Burkina Faso. The cause of the plane's disappearance remains a mystery. 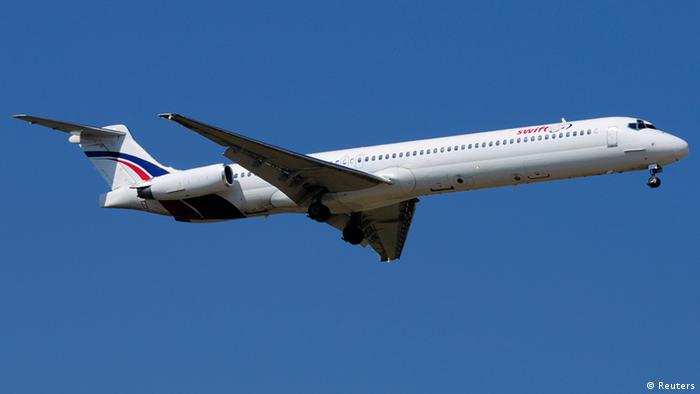 Malian President Ibrahim Boubacar Keita said on Thursday that wreckage thought to be the missing Air Algerie flight had been spotted in the north of the country.

"I have just been informed that the wreckage has been found between Aguelhoc and Kidal," Keita said at a meeting of civic leaders in the Malian capital, Bamako.

The DPA news agency also reported officials from the plane's departure airport, Ouagadougou in Burkina Faso, as saying that French aircraft crew had spotted the wreckage.

The French Foreign Ministry had earlier announced that flight AH5017 - which was carrying 116 people - was thought to have crashed after going missing over the Sahara Desert. At least 50 of the plane's passengers were believed to have been French nationals.

French Foreign Minister Laurent Fabius said officials were examining every possible cause for the plane's disappearance over Mali.

"We cannot, we must not exclude any hypothesis ..." Fabius told French television, reiterating that the plane had diverted its route because of bad weather.

Some 24 citizens of Burkina Faso and six flight crew members from Spain were onboard the plane. The remaining passengers were from more than a dozen other countries - including eight Lebanese, six Algerians, five Canadians, four Germans and two Luxembourg nationals. One victim each was understood to have come from Belgium, Cameroon, Egypt, Niger, Romania, Switzerland and Ukraine.

The McDonnell 83 aircraft disappeared at 0155 UTC while flying over the region around Gao, which French-led forces last year seized from Islamist militants who had taken control of Mali's north. The plane, which was heading for the Algerian capital, Algiers, sent its last message about half an hour earlier, asking Niger's air control to change its route because of heavy rains in the area.

The head of Mali's emergency investigation into the plane's disappearance, General Gilbert Diendere said the plane had been seen falling from the sky near to the town of Gossi, some 200 kilometers (125 miles) southwest of the city of Gao.

News of the wreckage in Mali came as President Keita announced a peace deal between the government and Tuareg rebels in the north - potentially ending decades of conflict in the area. The deal was signed following a week of talks in Algiers.

The country's worst air disaster to date occurred in 2003, when an Air Algerie passenger plane crashed shortly after takeoff near the southern city of Tamanrasset after one of its engines cut out. All but one of the 103 people on board were killed.

In February of this year, an Algerian C-130 military aircraft crashed into the mountains in northeastern Algeria, killing more than 70 people.