Anti- and EU-skeptical parties dominated the parliamentary elections in France and the UK, but on the eastern borders of the block, anti-EU sentiment was less than forecast, while voter turnout reached new lows. 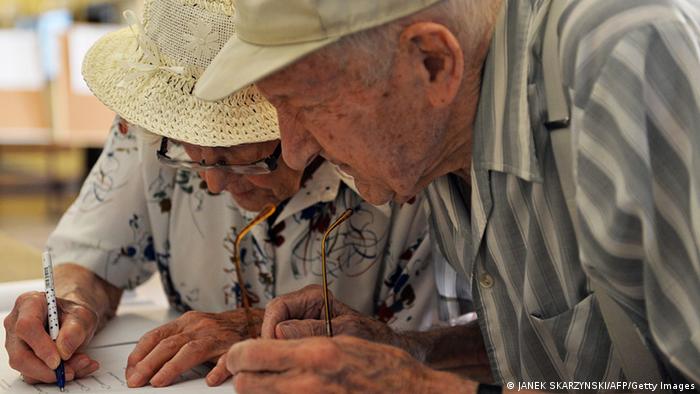 Slovaks led the EU when it came to ignoring the polling booths with only 13 percent bothering to vote in Sunday's election for the European Union. Voter burn-out could be part of the answer in a country which recently held two rounds of a Presidential election but which also has a record of low voter participation in EU elections.

"It can only be called a catastrophe," political scientist Martin Klus told the TASR newswire, referring to the low turnout.

A lack of engagement with Europe's democratic process was also evident in other former communist states. From Poland to Bulgaria turnout was less than the EU average of 43.1 percent. Austria, which joined the EU in 1995, was the only country to buck the regional trend with a less than inspiring 45 percent turnout.

"If we really want to improve voter participation we need to directly elect the European Commission president," the leader of the Social Democrats in the European Parliament told the Austrian Press Agency after the vote. Hannes Swoboda believes this would make the EU more democratic however the EU's attempts to stir voter interest by running televised debates between the leaders of the main political blocs has apparently failed to make an impact.

Gains for the anti-EU far-right in Austria and Hungary 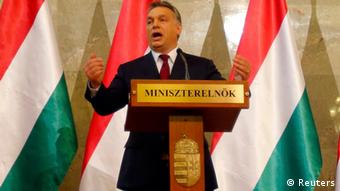 In Hungary, Prime Minister Orban's Fidesz party swept to victory in the polls

While unable to match the dramatic success of the anti-EU vote for Front National in France and UKIP in the UK, gains were made by parties with similar nationalistic agendas in Hungary and Austria. In Hungary the Jobbik party, described by many as anti-Semitic and xenophobic, took around 14 percent of the vote to win second place, although analysts believe in-fighting among left-wing opposition parties helped its result. Hungary's European election was also notable for the 51 percent majority vote for the ruling conservative Fidesz party of Prime Minister Viktor Orban.

In Austria preliminary results gave the far right Freedom Party just under 19.5 percent of the vote - a big improvement on its performance in 2009 when it won 12.71 percent. However according to a survey by the polling organization Gfk many Freedom Party voters were motivated by "domestic political concerns" rather than European issues and the result was less than pre-election polling had forecast.

The party campaigned on a platform of anti-immigration and "Austria first then the EU" but stopped short of calling for an end to the EU, setting it apart from Britain's UKIP. Austria's conservative People's Party won the election with an unofficial 27.3 percent of the vote and the Social Democrats took second place with 24.2 percent. Both parties are strong supporters of the EU.

If there is a voting pattern across the former communist countries of central and south-eastern Europe, most of whom joined the bloc in 2004, then it's one of governing parties being punished by voters while EU-skeptic parties experienced less success than those in wealthier Western Europe. 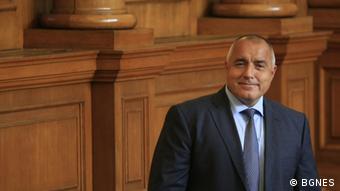 In Bulgaria the conservative GERB, who are in opposition to the Socialists in the national parliament, had a clear win thus confirming analysts' predictions that the vote would be an opinion poll on the performance of the ruling parties. GERB leader Boiko Borisov used his victory to call for the government to resign. "It should step down immediately," he said, reinforcing the view that the vote was more about Bulgarian domestic politics than EU policies.

Meanwhile voters in Croatia, the EU's newest member state, have punished the governing left-wing coalition in what local media are calling a "slap" to Prime Minister Zoran Milanovic. The clear winner was the conservative right-wing HDZ or Croatian Democratic Union which pulled over 40 percent of the votes giving them six of the country's eleven seats. The Social Democrats, who lead the government, could manage only 30 percent.

A right-wing nationalist party running as the Alliance for Croatia attracted just less than 7 percent of the votes, enough to win it one seat in the parliament.

In Poland also, just one seat went to an anti-EU politician. Janusz Korwin-Mikke was elected after telling voters the EU was corrupt. The vast majority of Poland's voters opted for either the governing Civic Platform or the opposition Law and Justice Party.

Austria and Hungary aside, the bigger picture across central, eastern and south-east Europe is that the surge of EU skepticism and outright opposition which hit parts of Western Europe largely failed to materialize.

The reasons are complex but a report commissioned by Polish Prime Minister Donald Tusk to mark this month's 10th anniversary of the EU's eastward enlargement might shed some light.

Every fourth vote went to the National Front, making the party the strongest political force in Paris. The result - a retreat into narrowly national interests - is a fatal signal, writes DW's Alexander Kudascheff.

The success of extreme euroskeptic and anti-immigration parties in last week's European elections has rattled the political establishment in a number of EU states. But their gains at the polls are only part of the story. (26.05.2014)