German Justice Minister Heiko Maas has sharply criticized the latest anti-refugee protests in the eastern town of Freital. He said refugees were welcome and that xenophobia had no place in Germany. 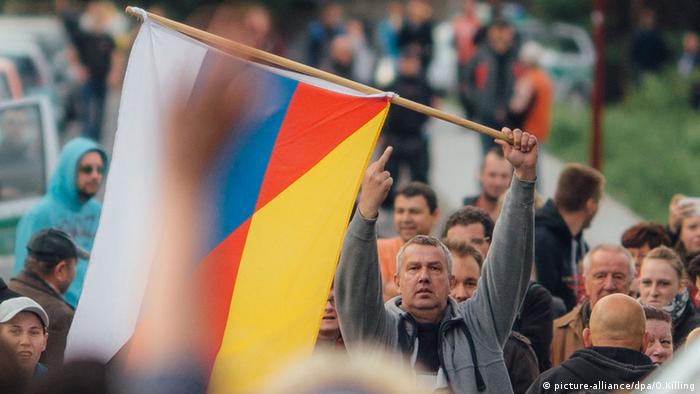 Social Democrat and Justice Minister Maas warned that "inciting violence against refugees is completely unacceptable" and that "those who rail against foreigners and foment hatred will have to be confronted and stopped." He added that there was "no place for xenophobia in Germany."

Late on Wednesday, a third day of protests saw around 240 gathered in front of a home for refugees in Freital, near Dresden. Police said around 160 of those were there to protest the local authorities' decision to take in another 180 refugees, on top of the 100 people already living there.

Around 80 people joined a counter-demonstration to show their support for the refugees. Some carried a huge banner reading "Dear refugees, welcome to Germany."

Around 50 more refugees, among them small children and their mothers, arrived at the former hotel during the demonstrations. Around 100 police were on location to separate the protesters. 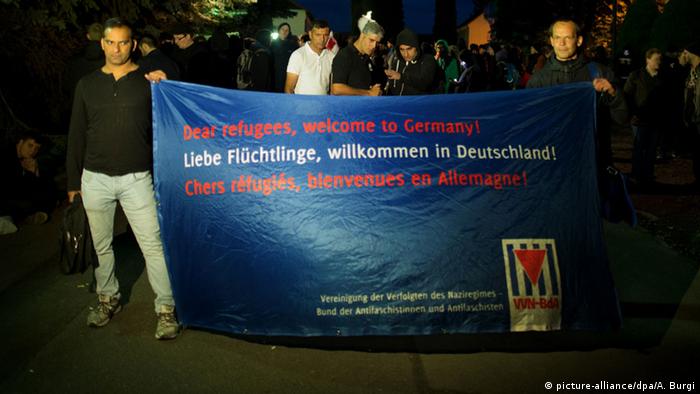 Around 80 people came to support the refugees

The former head of the anti-Islamization PEGIDA protest movement, Lutz Bachmann, who hails from Freital, had called for the protests, asking people on social networks to "Take to the streets, resist!"

The German government's representative for refugees, Aydan Özuguz, stressed in German daily "Berliner Zeitung" that people should "not fly just any flag" because of worries one may have. "Those who declare, just because politicians cannot solve all concerns straight away, that I have to join a far-right movement, are wrong," she told the paper.

Both Mass and Özuguz stressed that they were willing to open a "dialogue" with citizens, but that the authorities could not possibly discuss at length every single site earmarked for the housing of refugees.

The PEGIDA ("Patriotic Europeans Against the Islamization of the West") movement, saw crowds of 25,000 join their marches during their height in January.