Demonstrators have taken to the streets in many Italian cities to protest against the government's labor and social reforms. The protests coincide with the release of economic data showing Italy is back in recession. 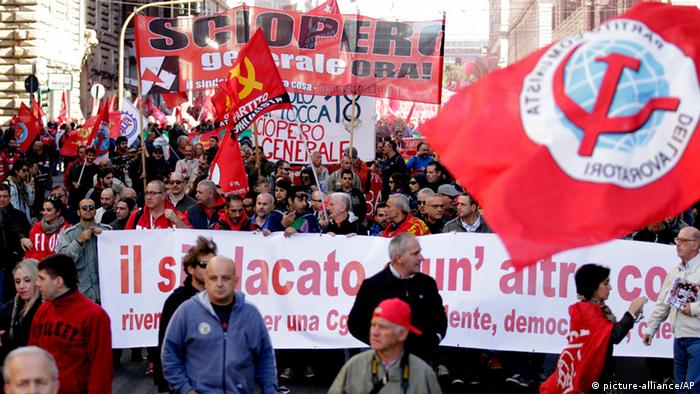 Italy was marred by nationwide protests on Friday as unions, students and migrants staged strikes and rallies against the government's overhaul of job protection rules.

Prime Minister Matteo Renzi had pledged labor reforms that would make it easier for companies to hire and fire workers, but had also promised more generous benefits for the unemployed.

Demonstrators and riot police clashed in cities from Milan in the north to Palermo in the south, with isolated incidents in which several people suffered minor injuries. In Rome, protestors bombarded the German embassy with eggs and paint.

Despite the opposition, Renzi vowed to push ahead with the proposed labor reforms.

Analysts said the slump would likely end in 2015, but growth would remain sluggish.