Italy's largest trade union group has called a general strike in protest of the government's social and economic policies. Labor action will be directed at recent austerity measures to meet budgetary requirements. 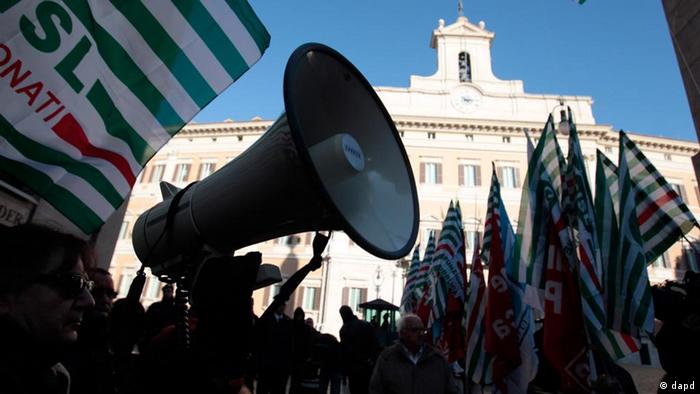 Italy's CGIL union confederation on Wednesday called a general strike on December 5, urging other union blocs such as the CISL and the UIL to back its plan for an eight-hour shutdown in both public and private sectors.

The government's draft legislation is aimed at making it easier for companies to hire and fire people - a step Rome argued would lead to higher employment over time.

The CGIL added it was also upset about Renzi's plans to cut state spending with a view to meeting EU budget deficit targets.

"Were not saying 'no' to such measures simply fore the sake of it," senior union official Maurizio Landini told reporters in Rome. "But we need a real industrial policy and a plan for the steel industry, which is of huge importance, if we are to preserve our industrial base."

Also on Wednesday, employees of a ThyssenKrupp steelworks complex in central Italy blocked the Rome-Milan motorway to draw attention to their fears of losing their jobs. Crisis talks on the dispute were scheduled for Thursday, DPA news agency reported.