Amid growing angst about climate change and terrorism, backyard pre-fabricated "panic rooms" are all the rage in Germany this summer. The shelters can withstand attacks, as well as the increasingly violent weather. 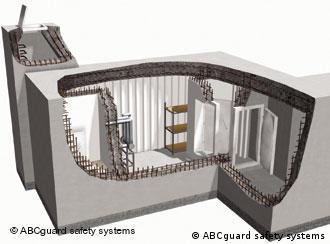 Soon to become part of every suburban garden

Call it a storm or fall-out shelter, or just an old-fashioned German air-raid bunker. But the government-approved Gartenschutzraum or backyard shelter is just the thing for suburbanites who are tired of Japanese fishponds and garden gnomes.

Sales of these contraptions have skyrocketed this summer after the Federal Disaster Relief Office announced it had approved the shelters following four years of rigorous testing.

The manufacturer, ABC Guard Safety Systems of Hanover, said the underground shelters could withstand nuclear, biological or chemical arms attacks in addition to providing protection against the increasingly violent weather in Central Europe.

Unusually severe summer thunderstorms, which have spawned tornadoes and torrential rains, have boosted sales. Once almost unknown here, tornadoes have become increasingly prevalent in recent years. Dozens of people have been hit by lightning across Germany so far this summer, and half a dozen were killed by lightning bolts.

Is Germany suffering from a climate of angst?

In a country where severe weather is rare, the recent spate of violent storms during the past two summers has unsettled Germans. Surveys show over 70 per cent of Germans are convinced the climate is changing for the worse and that the weather will get more extreme. 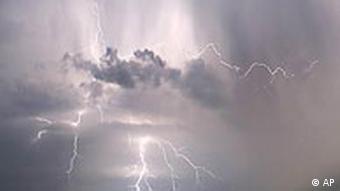 Then there are those nagging reports of rising crime rates. Tabloid television in Germany is full of reports of stalkers laying siege to innocent homeowners, reminiscent of the plot of the 2002 Hollywood movie "Panic Room" about a woman hidden in her basement shelter as a maniac stalks her.

Factor in the growing fear of terrorist attacks, and you have a climate of angst that has Germans wondering if their immaculate backyards are as safe as they ought to be.

ABC's company engineer Oliver Langwich said the pre-fab panic room -- with the marketing slogan "you can depend on absolute security made in Germany" -- was something of a sign of the times in post-unification Germany.

"The Cold War is over," Langwich told the magazine Wirtschaftswoche. "But the war on terror is increasingly making the world an unsafe place and there is talk of a new Cold War or even nuclear confrontation."

In addition, climate change was fuelling fears of natural disasters.

"Modern and safe protection 'Made in Germany' is our answer to all that," he said. "We have found a market niche."

Status symbol has its price

Then there is the status factor. Everybody has a Zen rock garden or a Koi fish pond. But who has a pre-fabricated bunker with an air-lock entrance and reinforced concrete walls 30 centimeters (12 inches) thick? 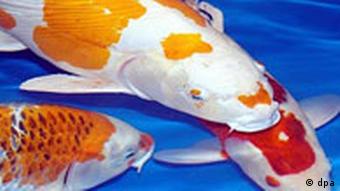 A Koi fish pond is nothing unusual anymore

The manufacturer said its satisfied customers include well-heeled professionals, such as lawyers and doctors. This increased the social status factor even further.

One does need to be a bit well-heeled to buy one, after all. The starting price for the basic model is 89,000 euros ($120,000), which includes delivery and installation.

If you want a shelter with a door that will withstand a mortar shell, the price goes up to 119,000 euros.

The portable shelter is a steel cube fitted with an air purification system and a hand-driven generator. It can be transported on a truck and installed within a week.

"It has storage space for foodstuffs and water so that up to seven people could survive inside for up to a month," Langwich said.

The container in the basic version is six by 2.5 meters (20 by eight feet), surrounded by 30 centimeters of reinforced concrete. Concrete steps lead down over four meters below the earth to the air-lock entrance to the shelter.

Optionally, you can have an underground tunnel direct from your cellar to the shelter, preventing the need to go outdoors when, say, a tornado is heading straight for your house.

In case disaster debris blocks that main entrance, there is also an emergency escape hatch at the rear of the shelter.

Across Europe drenching storms and a blistering heatwave have claimed dozens of lives. Rain-flooded dams have burst in Sweden as a heatwave continues to scorch southern Europe with temperatures reaching over 110 degrees. (27.06.2007)

During the Cold War, a secret underground bunker for the West German government was constructed to protect a chosen few in case of an atomic attack. The site was initially to be sealed up, but is now planned as a museum. (02.01.2007)