Campaigns for the August presidential election in Angola have begun. The poll will mark the end of the 38-year rule of President Jose Eduardo dos Santos who is not running for reelection. 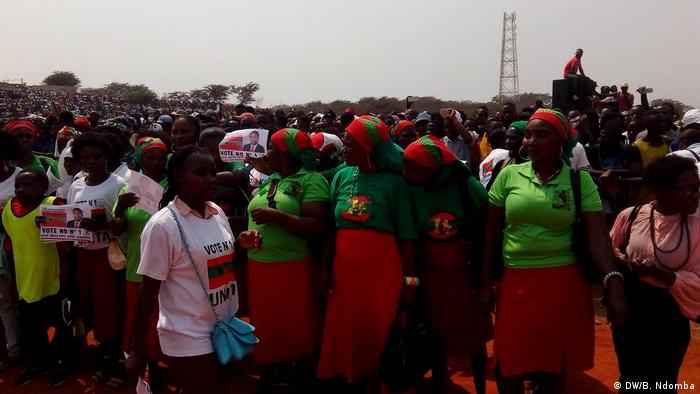 Jose Eduardo dos Santos is, after Equatorial Guinea's longtime leader Teodoro Obiang Nguema, Africa's longest serving president. He came to power almost four decades ago in 1979 when Angola had been independent for just four years. A civil war was raging between the ruling People's Movement for the Liberation of Angola (MPLA) party and two other liberation movements, UNITA and FNLA. Elections only took place in 1992. They were won - like all those which followed - by dos Santos and his party.

The opposition may criticise irregularities and bemoan a lack of equal opportunities but every time international observers recognize the results.

This time a total of six parties will compete for seats in parliament. The head of state is elected as an indirect part of this process. The first candidate on the list of the party which receives the most votes automatically becomes president. But  this time it will not be Jose Eduardo dos Santos.

At the MPLA congress in December 2016, dos Santos announced his resignation and Joao Lourenco was designated as Angola's next strongman. There is little doubt in Angola that he will become president after the elections. "This time, too, the opposition will not get enough votes," journalist Jose Adalberto told DW, "the opposition is fragmented and has no strong leadership. It does not seem to be able to transmit its message intelligibly." 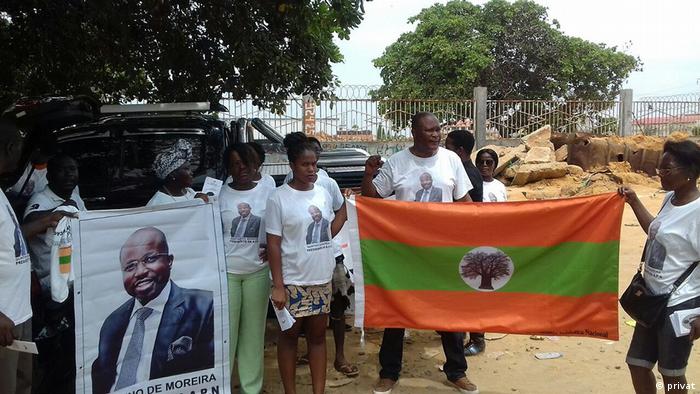 "Unfortunately, even in 2017, there can be no talk of equal chances," said Teka Ntu whose party, the National Patriotic Alliance (APN), was founded only two years ago. "All parties are equal but the MPLA is more equal than the others and that has always been the case," he said. Ntu, who is in charge of foreign policy at the APN, has been living in the German city of Essen for over 10 years.

He took extra holiday for the election campaign. Many opposition parties simply lack money to put up a fight against the MPLA. They do not have money to pay for advertising, candidates' transport, helpers on the campaign trail or even small gifts for potential voters.

"It is very sad that the opposition could not win 50 out of 220 parliament seats in any election so far," Ntu told DW in an interview. "What we have at the moment is a parliamentary dictatorship and it has to end," he added.

The Portuguese weekly paper Expresso says it has learned from a reliable source that people close to dos Santos are seriously worried about his health. For years, the president has been moving back and forth between a Spanish private clinic and Luanda. The trips are becoming more frequent. There is talk of him suffering from cancer. Last week, dos Santos returned to Luanda, but according to Expresso, it's just a matter of days until he'll be back in Barcelona for another medical check-up. 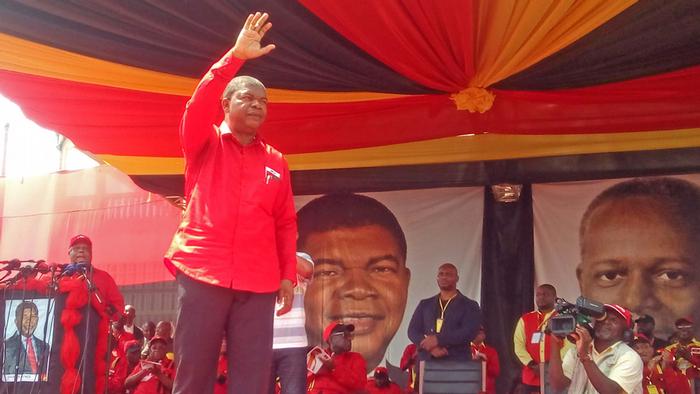 Joao Lourenco is Angola's next strongman and president-in-waiting

"If something actually does happen to the president, the MPLA will not be caught unawares," Jose Adalberto said. The MPLA party leadership has taken the necessary precautions byappointing Joao Lourenco as dos Santos' successor and the party would be able to deal with the death of dos Santos, he added.

Other observers take a different view and predict a struggle for power and top positions.

Not least because, in recent years dos Santos appointed people who enjoyed his trust to all key positions within the country. Many are family members. His daughter, Isabel dos Santos, heads the state oil company Sonangol. His son manages the state oil fund. All high posts in the police, army, and secret services were also filled with trusted confidants.

Many senior government officials are likely to retain their posts, once dos Santos leaves power. During the last parliamentary session, a new law was pushed through ensuring that decisions taken by the outgoing president may not be changed. The law was passed by a huge majority, with only the two major opposition parties, UNITA and CASA-CE, voting against it. They account for only 40 out of a total of 220 members of parliament.

"This law, which the president leaves us, has created a lot of polemics," said Adalberto.

"The capacity of the new president to take action has been limited. Joao Lourenco is himself a general and will want to make his own personnel decisions concerning the military, intelligence and police."

Now campaigning has begun and the ruling MPLA has promised to create 500,000 new jobs in a move to win over the country's impoverished and frustrated youth. For its part, the opposition UNITA has promised the introduction of a minimum wage of 500 US dollars (429 euros) per month. CASA-CE wants a major political reform and local elections.

All parties are demanding a fair and above all peaceful election campaign. Nevertheless, there have already been some incidents. Over the weekend a 17-year-old was shot dead by police near the capital for burning the MPLA flag.