At 35, he's already at the top of his field: Andris Nelsons, the designated music director of the Boston Symphony Orchestra, is shaping the group's famous Tanglewood summer fest. But he has no plans to stop there. 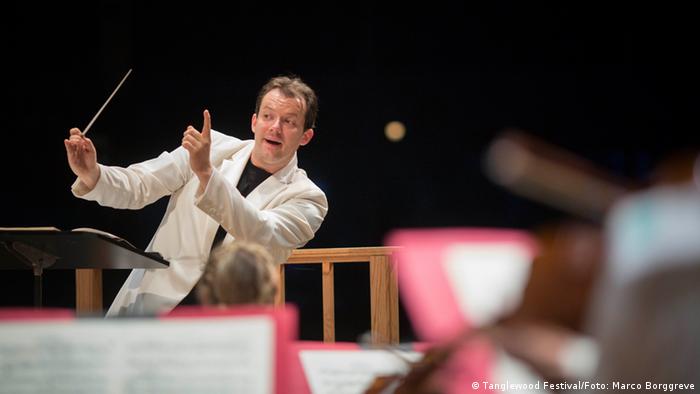 Boston, Berlin - or both? It's a question certainly on Andris Nelsons' mind after his appointment as music director of the Boston Symphony Orchestra (BSO). That engagement could dramatically limit his chances at becoming Sir Simon Rattle's successor as artistic director of the Berlin Philharmonic.

One eye on Berlin

Even in Tanglewood - the legendary and remote rural setting in Massachusetts where the Boston Symphony Orchestra takes up summer residence - Berlin isn't far away, at least for Andris Nelsons.

The evening before talking with DW, he had just led a much-hailed concert with works by Richard Strauss, Sergey Rachmaninoff and Maurice Ravel. "I've never tried to be calculating when it comes to my career," he said.

The Boston Symphony Orchestra can be glad it's managed to get hold of the highly-in-demand conductor for a prolonged engagement, but that's not to say he'll just be in Boston. The 35-year-old continues to conduct around the world with the most important orchestras and at the biggest festivals, particularly in the German-speaking world. That includes with both Berlin and Vienna's Philharmonic Orchestras and at the prestigious summer fests in Salzburg and Bayreuth. 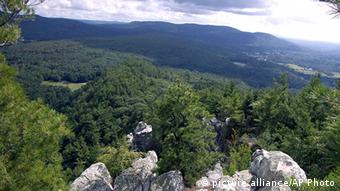 As of 2008, Nelsons also became music director of the Birmingham Symphony Orchestra - there, too, succeeding Sir Simon Rattle.

The magic of Tanglewood

Ahead of Nelsons' first season with the arguably most European group among America's top orchestras, he is conducting at the same magical place where Serge Kussewitzky, Leonard Bernstein and Seiji Ozawa left their marks. Conductor Lorin Maazel, who died on July 13, also conducted there in 1951 at Koussevitzky's invitation.

"Tanglewood is the most important music festival in the US," Nelsons said.

It's the richest in tradition and certainly one of the prettiest, particularly when the weather plays along. The concert venue is surrounded by a spectacular landscape of green meadows and rolling hills. It's a setting that inspired writers including "Moby Dick" author Herman Melville.

For eight weeks each summer, the BSO's musicians meet here for concerts and to teach students within the orchestra's own music academy.

The audience is largely made up of well-off and enthusiastic supporters from Boston and New York, both about 2.5 hours away by car. Many have second homes in the lush Berkshire area. 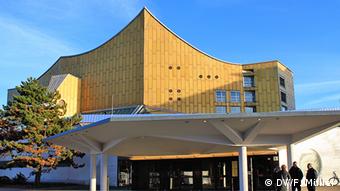 It's apparent that Nelsons feels drawn to the Berlin Philharmonic

The audience is relieved that the orchestra can overcome the handicap it suffered due to the illness of its previous director, James Levine, by way of the incoming Latvian star. They know that Nelsons is a hot commodity in the classical music world.

One of Nelsons' goals is to draw in a younger and more international audience - both in Boston and in Tanglewood. He also says with a youthful grin that he wants to take the BSO on tour to showcase it - "like a Ferrari" - at some of classical music's most important venues. A European tour is planned for next year, including a concert in Berlin and other German cities.

Many US orchestras both big and small are struggling with financial impasses. Mark Volpe, the BSO's adept manager, sees the ensemble as "the best-budgeted symphony orchestra in the world" with the largest audience revenues.

Andris Nelsons may be just the one to continue cultivating the orchestra's rich tradition. Along with the usual distribution channels such as CDs or radio, the BSO is now in talks with Amazon and Google concerning new revenue streams and attracting younger audiences.

The Tanglewood concerts show how Nelsons and the musicians are feeling one another out and figuring out how far they can go with their performances. Ravel's "Bolero" had some room still for development, as did excerpts from Strauss' "Rosenkavalier" featuring a commanding Angela Denoke as Marschallin.

It looks, however, as though Nelsons and his new orchestra are embarking on a good working relationship. The conductor is unpretentious and takes a humble view of things, saying he doesn't want to "disrupt" things from the podium and that he sees himself as part of a team. Nonetheless, he seems to be the one signaling every nuance of the music from his post, conjuring sound from the BSO's players with his serpentine movements. 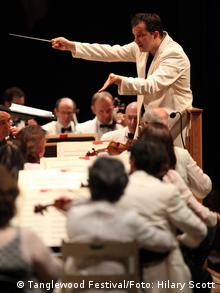 The young and dynamic conductor is reaching out to new audiences

Too early to choose

Nelsons says he appreciates the BSO's "creamy" sound in which various groups of instruments are expertly brought to melt into one another. That brings him back to the Berlin Philharmonic - which he describes as an ensemble of soloists with a dark, intense sound that connects with German musical tradition. His affinity with the German capital's famed orchestra is evident in the tone of his voice.

After a long pause to think, Nelsons says it's still too early for the "Berlin or Boston?" question because the outgoing Rattle's successor won't be decided until the coming years. He doesn't want to rule anything out, though. Two orchestras on two continents, why not?

At a general assembly of the Berlin Philharmonic, Sir Simon Rattle made the surprise announcement that he will resign as the orchestra's chief conductor after his contract concludes in 2018. (18.01.2013)

Divine sparks at the Beethovenfest as Wagner era begins