He still tries to go to the office every day. Slowly walking with the help of his rollator and supervised by a nurse, Gottfried Böhm heads to his former home in the Marienburg district of Cologne. The building was built in 1928 by his father Dominikus, who was also a renowned architect.

Immersed in his family's creative space, Gottfried Böhm's daily ritual includes having a coffee in the glass bay window in the conference room.

The house now serves as the creative headquarters of the distinguished family of architects. Today three of his four sons work here. The architecture dynasty — Gottfried Böhm's grandfather was already in the construction business — has even inspired a film released in 2015.

In the postwar period, Gottfried Böhm designed more than 60 churches, many of which have since become icons of modernist architecture.

Among his most storied designs is Mary Queen of Peace, a pilgrimage church in Velbert-Neviges. Reminiscent of a landscape of rocky peaks, the church completed on May 22, 1968 made Böhm an important representative of concrete brutalism. 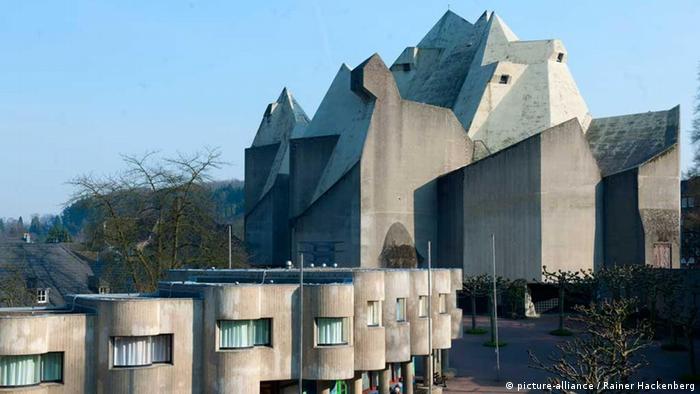 The Mary Queen of Freedom church

The architect, born in Offenbach on January 23, 1920, initially wanted to become a sculptor, explaining why many of his church and secular buildings have a strong sculptural dimension that stands out in their urban or countryside locations.

Various elements of Böhm's designs, whether slender minaret towers or spiral stone staircases, created contrasts between hard edges and swinging curves, sobriety and ornamentation. His approach of drawing from apparent contractions can be admired, for example, at Böhm's famous Bensberg Town Hall.

Read more: Why Brutalism is sending out an SOS

Gottfried Böhm, like his father Domenikus, is described by observers as having the "courage to create monuments." Many of his constructions, made of concrete, steel and glass, are characterized by bold statics with hanging roofs, arch constructions, cubes, cylinders or cones.

The so-called Rabitz technique is often used in Böhm's structures. Plaster or mortar is applied to a wire mesh. The technique was already applied for his first project, the Madonna in the Ruins chapel in Cologne, completed in 1949. The octagonal chapel rises within the ruins of the church of St. Columba, which was destroyed during World War II, over a late Gothic statue of the Madonna, which remained unscathed in the bombing. It became a symbol of life. 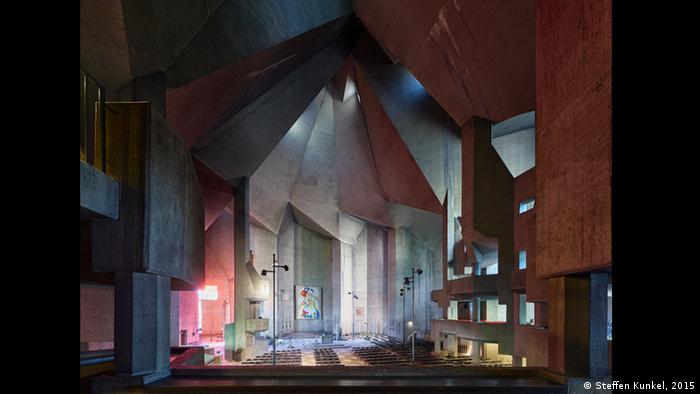 Inside the Mary Queen of Peace church

His first work was built over

But his architecture also polarizes. Critics, for example, complain that the interior of the multifunctional Bergischer Löwe town house in Bergisch Gladbach, which he designed in 1980, has only limited functionality. From the outside, the bay windows, steel awnings, turrets and stairs can appear overwrought. 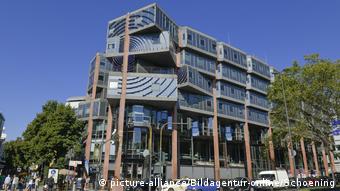 Cologne's WDR Arkaden, which houses a part of public broadcaster Westdeutscher Rundfunk, is reminiscent of stacked containers that are equally overly ornamented. As these later works show, Böhm moved away from heavy concrete to privilege steel and glass instead.

Böhm's inhospitable apartment towers in Cologne's district of Chorweiler turned out to be architectural sins.

But the architect was even more affected by the way his Cologne chapel Madonna in the Ruins was built over in 2007. It is now part of Kolumba, the art museum of the Archdiocese of Cologne, which Swiss architect Peter Zumthor built on the original church floor plan. "It's a pity that the chapel was completely built in and removed from the cityscape," said Böhm.

His most important work remains the pilgrimage church in Neviges. Böhm conceived it as a large tent for the "wandering people of God." Inside, the visitor is immersed in a mystical darkness, with the color windows designed by the master architect himself contributing to the atmosphere. But the Neviges Cathedral is not to everyone's taste. Some critics have described the concrete building's peaks as "monkey cliffs."

Böhm cultivated a special style of work that he passed down to his family. Not only three of the four sons, but also his wife Elisabeth, who died in 2012, worked in architecture.

The family members bounce ideas off each other, said his son Peter. This has also sometimes led to "painful situations," especially when favored designs by the younger architects are answered, as happened on one occasion, with very alternative drawings by the family patriarch. 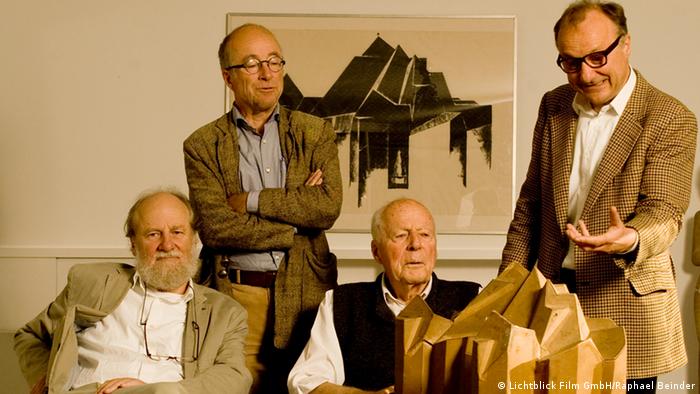 Gottfried's architect sons, Stephan, Paul and Peter. The fourth son is an artist

The German Architecture Museum in Frankfurt is honoring the centenarian who was awarded the prestigious Pritzker Prize in 1986 with a major birthday exhibition titled "Böhm 100" that focuses on his concrete cathedral in Neviges.

To mark the occasion, the architect himself will probably be sitting next to his favorite office window, enjoying his coffee. Everyday routine, even on his 100th birthday.

Often seen as the most disgraceful architectural style of the 20th century, Brutalism also has devoted fans. New York's MoMA is taking a concentrated look at the style in the former Yugoslavia. (18.07.2018)

The poetic Brutalism of Gottfried Böhm

Gottfried Böhm, the only German winner of the Pritzker Prize for architecture, turns 100. Born to a celebrated architectural family, he has continued to reshape building history. A selection of his most famous designs. (29.01.2015)