He has produced world literature: His novels and essays have been translated into 40 languages. Amos Oz has now been honored by being named the first winner of the Siegfried Lenz Prize. 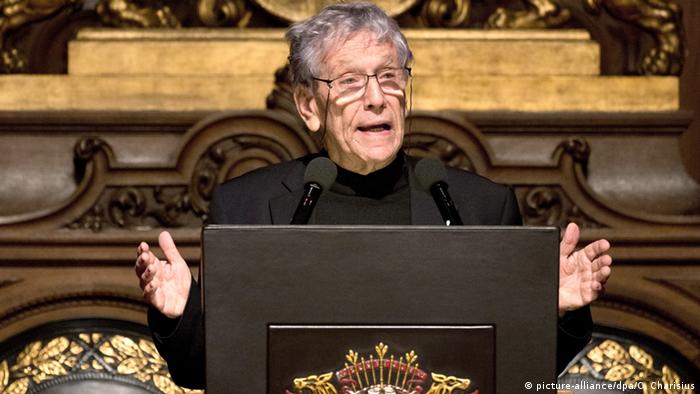 Israeli writer Amos Oz received the first Siegfried Lenz Literary Prize in Hamburg on Friday. German Foreign Minister Frank-Walter Steinmeier praised Oz as a man who has spent decades relying on the power of the words and reason in the Middle East crisis.

Oz has never pursued a political career. Instead, he has preferred to influence world affairs by writing some 500 political essays and numerous novels. As one of the most prolific writers of his generation, he has not shied away from getting involved through his writing, especially in the political situation in the Middle East. He enjoys a high degree of popularity in Germany as well.

Literary critics have always praised him for his eloquence with which he has influenced the style of subsequent writers. When he worked as a professor of poetics in the German city of Tübingen in 2002, he passed on his knowledge to students from all over the world. He has always attached particular importance to improving the dialogue across generations. His last work, "Jews and Words," was co-authored by his daughter Fania Oz-Salzberger.


In the spirit of the Kibbutz movement

Oz was born on May 4, 1939, in Jerusalem, which was then part of the British Mandate of Palestine. Following the Russian Revolution of 1917, his grandfather, a businessman and poet, had fled with his family from Russia to Poland from where he emigrated to Palestine in 1933. Amos' father, who spoke 14 languages, worked there as a librarian. From childhood, Amos developed a keen interest in books and the world of literature. 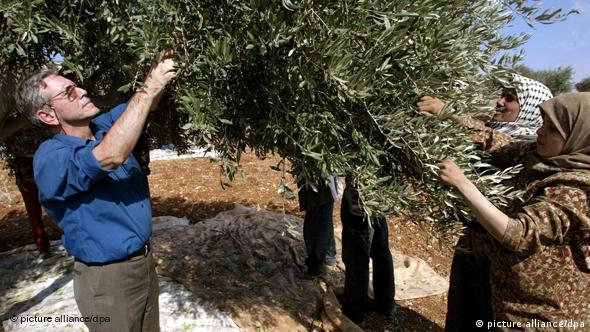 Protesting against his Zionist family, Amos moved into a kibbutz after the founding of Israel in 1948. He also attended a Kibbutz-owned high school. Only years later, as a student, he returned to Jerusalem to study literature and philosophy at Hebrew University. During the 1980's, he taught literature at American universities before returning to Israel in 1993 as a professor of Hebrew literature at Ben-Gurion University - a position, in which he took great pride.

The Middle East conflict has been a main topic in Amos Oz's works, including his first novel "How to cure fanatics." In addition to his academic work, Oz quickly gained an international reputation as a political journalist and writer publishing a total of 30 books, including 14 novels, and over 500 essays. Frequently portrayed and quoted in the culture pages of major German and newspapers and by international media, he became one of the world's most eloquent freedom fighters. He still, however, sticks to his visions and literary ambitions, as he told DW: "I'm interested in the lives of extraordinary people - not so much of ordinary people. I write about lonely people and outsiders. Happiness does not need me to tell stories about it." 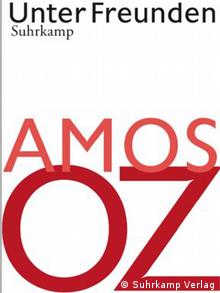 "Between Friends": One of the most widely read books by Amos Oz - also in German

Oz's main source of inspiration has been his own personal observations. The Middle East conflict has always been an integral part of his daily life in Israel. Like many other people, he had to flee from missile attacks, he recounts during the DW interview. "During an alarm, we ran to the shelters to hide out there for some time before returning to our daily lives - until the next alarm."

Oz has vehemently spoken out in favor of a two-state solution for Israelis and Palestinians: "Two capitals in Jerusalem, exchanges of land as agreed upon by both sides, and the clearance of Israeli settlements. Once a certain living standard and freedom have been attained in Ramallah and Nablus in the West Bank, people in Gaza will deal with Hamas just as the people of Romania dealt with Ceausescu. "

In 1992, Oz was awarded the Peace Prize of the German Book Trade to be followed by numerous other awards, among them the Knight's Cross of the French Legion of Honor, as well as the Goethe and Heinrich Heine prizes. Oz is also renowned for his strong commitment to the Israeli peace movement "Peace Now" which he co-founded in 1977 and which appears repeatedly in his books.

That was one of the reasons why he is particularly happy about receiving the first Siegfried-Lenz-Award, which is endowed with 50,000 euros. It has been donated to a foundation by the German writer himself who passed away this year and will be awarded every two years. The jury has chosen Oz because of his successful "fusion of contemporary history and individual destiny" - which is in line with the spirit of Siegfried Lenz.

Israel's ground offensive against Gaza is excessive, Israeli writer Amos Oz tells DW. But he also criticizes Hamas' strategy, in which both Israeli and Palestinian victims boost the organization's standing in Gaza. (30.07.2014)