Amnesty: Eritrea's Tigray 'massacre' might be crime against humanity

After conducting research with residents and witnesses from the town of Axum, which lies in the northern Ethiopian region of Tigray, Amnesty is in little doubt that mass killings were carried out by Eritrean forces. 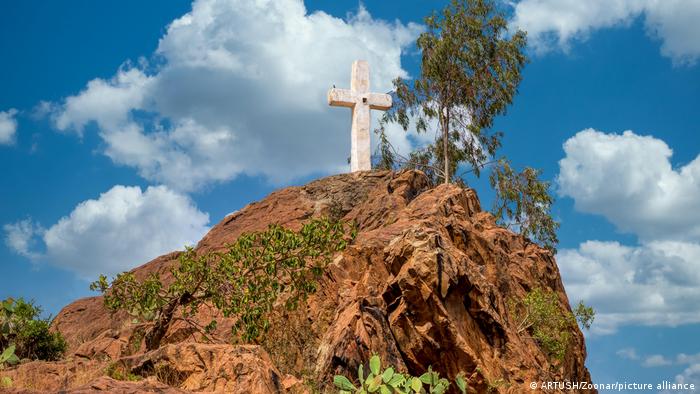 Amnesty's Jean-Baptiste Gallopin, who conducted numerous interviews with residents and witness from the historical town of Axum, where the alleged massacre took place, told DW: "The perpetrators were Eritreans."

"We interviewed 41 residents and witnesses from Axum over two research missions," he continued. "So we're pretty confident in our findings. We also used satellite imagery that allowed us to corroborate the burial sites."

In addition, Gallopin said there had been "indiscriminate shelling on the city and looting by Eritrean forces."

On Thursday, US President Joe Biden called Kenyan President Uhuru Kenyatta to talk over the crisis in Ethiopia's Tigray region.

Biden and Kenyatta "discussed the deteriorating humanitarian and human rights crises in Ethiopia's Tigray region and the need to prevent further loss of life and ensure humanitarian access," the White House said in a statement.

Last month, the US called on Eritrean troops to withdraw from Tigray. However, both the Eritrean and Ethiopian governments have denied that Eritrean forces are in the region, which lies along Ethiopia's border with Eritrea.

Abiy ordered the offensive move after an alleged attack on a federal army camp by TPLF fighters. In late November, Abiy declared victory after government forces captured the regional capital of Mekele. But clashes continue in the region.

Amnesty researcher Gallopin is urging the international community to act, particularly as the Ethiopian government continues to block the path of those trying to investigate.

The UN has said around 2 million people need assistance in and around Tigray and 1 million have been displaced by the fighting. UN Secretary-General Antonio Guterres has called for "guaranteed unfettered humanitarian access," but entry to the region has been strictly controlled.

Human Rights Watch has accused Ethiopia's army of breaking international law by shelling civilian populations during their offensive against Tigray separatists. The watchdog called for a UN investigation.

German authorities sent asylum-seekers back to Ethiopia last year despite the challenges posed by the coronavirus pandemic and the Tigray conflict. Opposition politicians and human rights groups have condemned the move.