A Congolese youth movement, LUCHA (Lutte pour le Changement, or fight for change) is one of the recipients of this year's Ambassador of Conscience Award by Amnesty International. The award is given to rights activists. 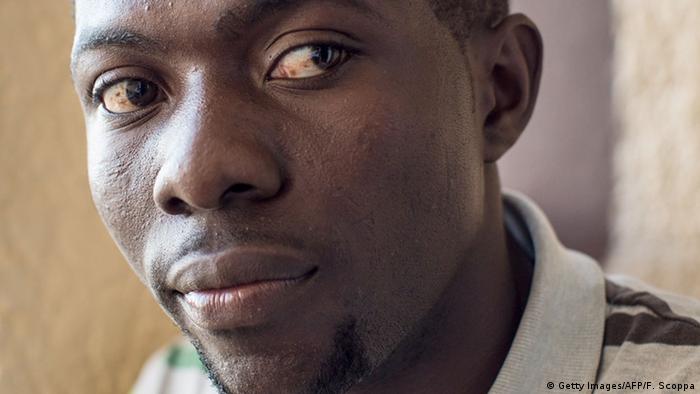 The award aims to create debate, encourage public action and raise awareness of human rights issues. The recipients are people who have used their talents to inspire others to fight for human rights. LUCHA a community-based youth movement is one of the organizations based in the eastern DRC that speak out for justice. Apart from holding peaceful protests, it also focuses on social issues, human rights and protecting civilians from armed groups. DW spoke to Tresor Akili a member of LUCHA.

DW: What was your first reaction after you heard that you had won the award?

Tresor Akili: It is an honor to us. LUCHA is still a new movement. It was started in a complicated environment, in a difficult political situation. I think this will continue to strengthen the dedication of the active foundation. Like you might know, it is not easy to protect human rights in the eastern part of the Democratic Republic of Congo.

Could this prize also help one of your members like Fred Bauma, who has been incarcerated in a prison since March 2015?

Yes we think so and that’s why are going to dedicate the prize to our members; that is, Fred Bauma and Rebecca Kavugho, who remain detained in Goma town.

Do they know of the award and were you able to inform him about it?

Yes we talked about it yesterday, with Fred and Rebecca. They are very happy. They are really determined. It was a relief to them and to all of us.

Do you think that the pressure on the Congolese government will increase through this award?

Yes of course. Up to now they see LUCHA as a rebellious movement, as terrorists, and as an association of criminals. This award will prevent the government to go on with its strategy - discouraging the youth to join LUCHA. This award will help us mobilize to the wide population, and also to the intellectual groups in the republic.

Tresor Akili is a member of LUCHA – a Congolese youth movement LUCHA that stands for human rights and the protection of the civilian society in the eastern Democratic Republic of Congo.

A coalition of 16 opposition parties in the Democratic Republic of Congo has nominated Moise Katumbi as their presidential candidate for the November poll. The former governor of Katanga is yet to accept the nomination. (02.05.2016)

At least 30 dead in clashes in eastern Congo

At least 30 people including civilians have been killed in clashes in northeastern Democratic Republic of Congo, a rights group said. One UN peacekeeper was killed. (30.11.2015)

A new AI report claims that cobalt mined in the Democratic Republic of Congo by child laborers is finding its way into the supply chains of global technology and car companies - a move facilitated by a Chinese firm. (19.01.2016)