An Amnesty International report says that transport companies in nations such as Germany are using arms trade agreement loopholes to deliver weapons to human rights violators. Amnesty is calling on the UN to take action. 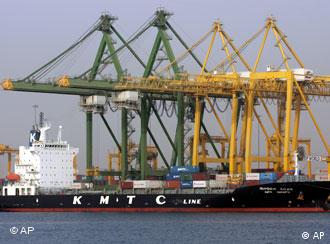 Contents of cargo ships are often not exactly known

According to a new report released Monday by Amnesty International, transport companies in certain countries are using loopholes in arms trade agreements to deliver weapons to human rights abusers abroad. German transport companies are among those named in the report, which was released to coincide with a meeting at the United Nations this week debating a proposed international Arms Trade Treaty.

The report says that transport companies registered in Germany, Britain, France, China, Russia, and the United States deal in arms to countries where their use could violate human rights standards. In many cases, the shipping companies aren't even doing anything illegal.

"It's hard to say if these companies are deliberately taking advantage of loopholes," said Mathias John, an arms expert at Amnesty International Germany. "The companies are transporting these weapons and munitions because they have completely normal contracts. At the moment, that's not illegal." 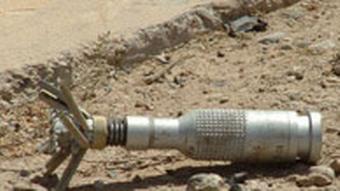 However, Amnesty International says a government should have the ability to check and intervene if a company is engaging in arms trades that could lead to human rights violations.

However, the BBC Islander delivered the cluster munitions to Pakistan under the flag of Antigua and Barbuda. Germany only has control over ships flying the German flag.

"In Germany, a permit would normally be required for that kind of a shipment if the ship was flying a German flag," said Amnesty's Mathias John. "But if a ship is flying another flag, even if it belongs to a German shipping company, then German law doesn't apply."

Another instance occurred when an Air France passenger flight was used to ship machine gun and anti-aircraft parts. The flight originated in Bulgaria and then went to Paris, and the cargo's final destination was listed as Kigali, Rwanda. The flight took off in September, 2008, at a time when Amnesty says there was a high risk of the arms being diverted into the neighboring Democratic Republic of Congo, which was involved in a violent civil war.

The report indicates that due to the risky nature of transporting weapons to Rwanda, the Bulgarian and French governments should have intervened to stop what it calls an irresponsible shipment. However, since there were no specific controls in place on the arms transport service providers, the shipment was carried out unnoticed. 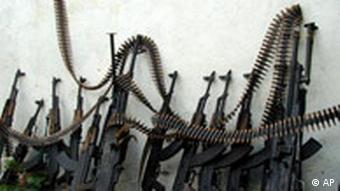 But even if additional checks or a new international treaty are in place, that won't necessarily stop criminal activity, which is often the reason shipments of arms end up in the wrong hands.

"These types of things happen. If it is because of criminal activity, then surely the perpetrators should be prosecuted and brought to justice," Ezio Bonsignore, editor of the international defense and strategy magazine Moench Military Technology, told Deutsche Welle. "But to place the burden of that on a shipping company, which is the intermediary, may have some dubious implication."

But such laws might not be as effective as Amnesty hopes. Bonsignore thinks it would be more effective if countries were in agreement on what kind of arms shipments were criminal, and then let national and international police authorities enforce the law - on shipping companies, if appropriate - rather than attempting to exert more control over the logistics of arms transport.

"To imagine that an even more stringent [set of regulations] for transportation activities would do much, I'm afraid that this is wishful thinking," he said.

The first round of debate on the Arms Trade Treaty is set to get under way at the United Nations on Monday.

Delegates from 75 countries pledging to destroy their stockpiles of cluster bombs are meeting in Berlin for a two-day conference to assess progress since a 2008 ban on the weapons. (25.06.2009)

Human rights groups gathered in Geneva to kick off a "week of action" to encourage countries to sign and ratify the treaty to ban cluster bombs. (29.05.2009)