American doctor infected with Ebola virus returns to US 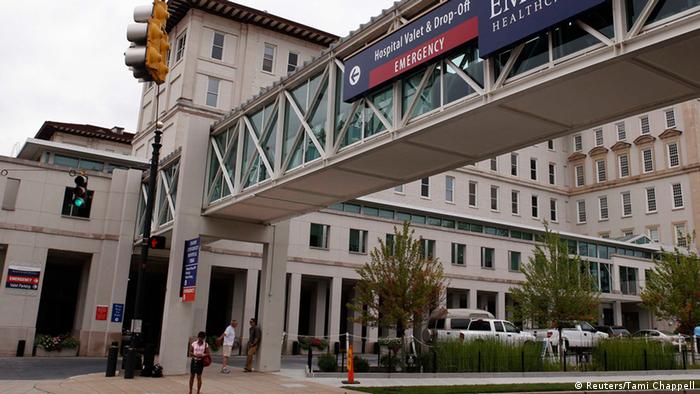 A plane carrying US doctor Kent Brantly landed at Dobbins Air Reserve Base outside Atlanta, Georgia, on Saturday, according to local media.

Brantly, 33, was transferred back to the US after the aid organization he worked for, Samaritan's Purse, announced that he had been infected with the deadly virus while working in a Liberian hospital that treated Ebola patients. Another aid worker with the North Carolina-based organization, Nancy Writebol, was also infected at the hospital in Liberia and will be transferred to the US in a matter of days.

Both are to be treated at Atlanta's Emory University Hospital.

On Friday, US State Department spokeswoman Marie Harf said Washington is working to ensure that any Ebola-related evacuations "are carried out safely, thereby protecting the patient and the American public."

Ebola, a form of hemorrhagic fever, is considered one of the world's deadliest diseases killing about two-thirds of those it has infected since it emerged in 1976.

The current outbreak in Liberia, Guinea and Sierra Leone has sickened more than 1,300 people and killed more than 700 this year.

The virus is spread through direct contact with blood, urine, saliva and other bodily fluids from an infected person.

The Ebola virus continues to spread in West Africa. As national and international health organizations intensify their fight against the disease, people in big cities are starting to fear a worst case scenario. (01.08.2014)