Ebola spiraling out of control: WHO

The deadly Ebola virus is moving faster than efforts to control it, the World Health Organization says. The warning came at the launch of a $100 million response plan to the epidemic. 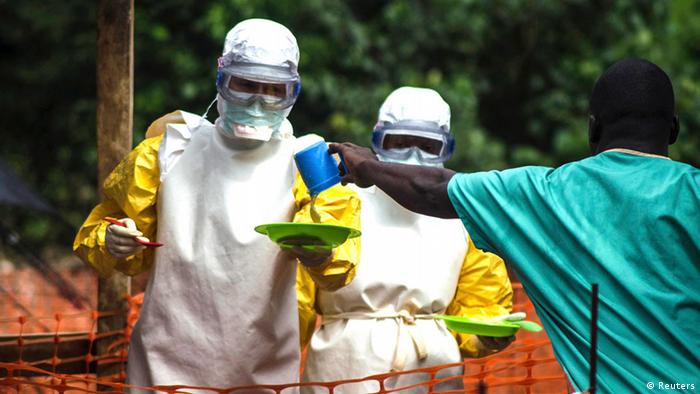 The leaders of the three countries hardest hit by the recent Ebola epidemic - Guinea, Sierra Leone and Liberia - met on Friday in the Guinean capital, Conakry, along with the head of the World Health Organization, Dr Margaret Chan. Also at the meeting was the President of Ivory Coast.

The group came together to launch a $100 million (74.5 million euro) response plan to counter the rapidly spreading virus. The largest-ever recorded outbreak of Ebola has killed at least 729 people since the beginning of the year, including a number of doctors and other health workers.

The leaders discussed the deployment of hundreds of medical personnel to help overstretched workers and facilities, as well as better prevention methods - including better detection of cases and improved border surveillance.

Chan told the West African leaders at the summit that Ebola is moving "faster than our efforts to control it," warning that it could spread to other countries, causing "catastrophic" loss of life and untold economic impacts.

She said the response so far to the epidemic was "woefully inadequate," and described the outbreak as "by far the largest ever in the nearly four-decade history of this disease."

"If the situation continues to deteriorate, the consequences can be catastrophic in terms of lost lives, but also severe socioeconomic disruption and a high risk of spread to other countries," Chan said.

"It is taking place in areas with fluid population movements over porous borders, and it has demonstrated its ability to spread via air travel, contrary to what has been seen in past outbreaks," she told the summit.

"Cases are occurring in rural areas which are difficult to access, but also in densely populated capital cities. This meeting must mark a turning point in the outbreak response."

Sierra Leone on Thursday declared a public health emergency over the outbreak, and said it would quarantine several areas for up to two months. Liberia has closed all of its schools and sent government workers on leave.

The latest outbreak of Ebola has infected at least 1,300 people, hit major cities and caused alarm over possible spread to other nations. Friday's summit follows another held between eleven West African nations at the beginning of July in Ghana.

Ebola is a form of hemorrhagic fever that has killed around two-thirds of those it has infected since it emerged in 1976; other outbreaks have registered fatality rates of up to 90 percent. The current outbreak has a lower-than-average death rate but is unprecedented in its geographical spread and has killed the most people.

The virus, which has no vaccine or cure, is spread through direct contact with bodily fluids. It causes severe muscular pains, fever, headaches, and unstoppable bleeding in the worst cases.

Dubai's Emirates airline became the first global carrier to announce it was suspending flights to affected areas. This followed a similar move earlier this week by African regional airline ASky Airlines, after the death of a customer - an American man of Liberian descent - who had flown with the carrier several times.

Airports and border controls in the region and around the world have enhanced their screening measures. However health experts have said there is a lower risk of catching Ebola from flying, because it isn't spread through casual contact or breathing the same air in the same way as influenza.