The US tech giant has said a series of miscues picked up by its voice-activated Echo speakers prompted the device to record a US couple's private conversation and then send it to an acquaintance without their knowledge. 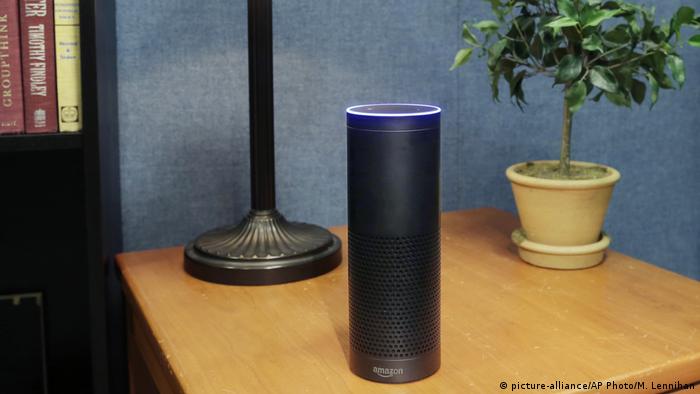 Amazon confirmed the mishap in a statement on Thursday, saying an "unlikely" string of events prompted its Echo personal assistant device to record the family's private conversation and then send it out.

"As unlikely as this string of events is, we are evaluating options to make this case even less likely," the company said.

On Wednesday, a woman in Portland, Oregon, told KIRO-TV that two weeks ago an employee of her husband had contacted them to say he thought their device had been hacked. He told them he had received an audio file of them discussing hardwood floors, she said.

"I felt invaded," the woman, identified only by her first name, Danielle, told the station. "A total privacy invasion. Immediately I said, 'I'm never plugging that device in again, because I can't trust it.'"

The Portland couple used Amazon's voice-activated devices throughout their home to control heat, lights and security. The family unplugged the devices and contacted Amazon after they had learned the recording had been sent.

Watch your words (in the presence of Alexa)

In its statement, the US tech giant said the conversation had been inadvertently recorded and sent because the Echo device interpreted a word in the background conversation as "Alexa" — a command that triggers recording.

CES: battle of the voice assistants

The speaker later heard "send message" during the conversation, at which point the device asked, "to whom?" The pair continued talking in the background and the Echo system interpreted part of the chat to identify a name in the couple's contact list. Alexa then asked aloud if they wanted to send a message to that contact and heard "right" in more background conversation.

The report invigorated privacy concerns as online devices like the Amazon Echo become omnipresent in homes. Amazon in 2014 introduced the new line of devices, which can also stream music and order goods from Amazon via voice command.

Ryan Calo, an associate law professor at the University of Washington, said the incident was alarming since a private conversation had been recorded and sent to a third party.

"Think about how uncomfortable the millions of people who own these things now feel," Calo told Bloomberg News. "The real harm is the invasion into solitude people now experience in their homes."

Not so smart homes

Amazon and rivals Apple, Google and Sonos have been pushing to integrate voice technology into all kinds of devices in the home, from speakers to cameras, thermostats and doorbells. The Seattle, Washington-based company recently unveiled a partnership with homebuilder Lennar to showcase its technology in model homes, dubbed "Amazon Experience Centers."

According to market research group eMarketer, more than 60 million US consumers will use a smart speaker at least once a month this year, with more than 40 million of them using Amazon's devices.

The incident highlights the risk that inadvertent software bugs or intentional hacks can invade privacy as devices with sensors become more commonplace. Last year, a glitch was discovered in some Google Home Mini speakers that allowed the devices to constantly record, even if they had not been activated.

Some manufacturers are responding to consumers' privacy concerns by building devices that have physical switches to turn off sensors such as cameras and microphones.