US retail giant Amazon has announced it's going to create several thousand more jobs across Europe in the course of the year. It will also expand its operations in the UK despite the country's exit from the EU. 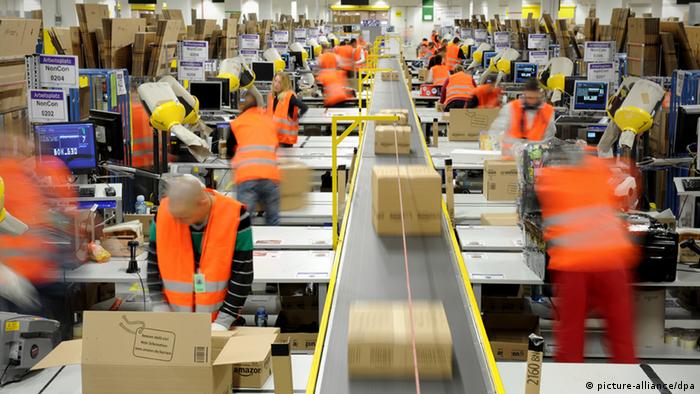 The world's largest online retailer announced on Monday it was willing to create 15,000 additional jobs across Europe, 2,000 of them in Germany.

Unfazed by the potential impact of the UK's pro-Brexit vote, Amazon said it would add another 5,000 jobs to its now 19,000-strong workforce in Britain.

With the extra manpower, the US retail giant is intending to expand its European fulfillment network, increase its research and development base and build new infrastructure.

The renewed jobs offensive comes on the back of a record employment boost for Europe last year, with Amazon creating some 10,000 new permanent positions on the Continent throughout 2015.

"We are seeing stronger demand than ever from our customers all across Europe," Amazon EU Vice President Xavier Garambois said in a statement.

"And we see lots more opportunity across Amazon's businesses to invent and invest for the future."

The retailer has already invested over 15 billion euros ($15.93 billion) since 2010 in infrastructure and operations in Europe. It runs two web services data center regions in Frankfurt and Dublin and now intends to add a third one in the UK.

Amazon has been forced to pull a doormat resembling the Indian flag from its Canadian website following threats from India's government. India's foreign minister had threatened to ban employees from entering the country. (12.01.2017)