Already taking on Netflix, Amazon has set its sights on another online video giant. The e-commerce company has just started its own user-generated video service, hoping to further shake up the entertainment industry. 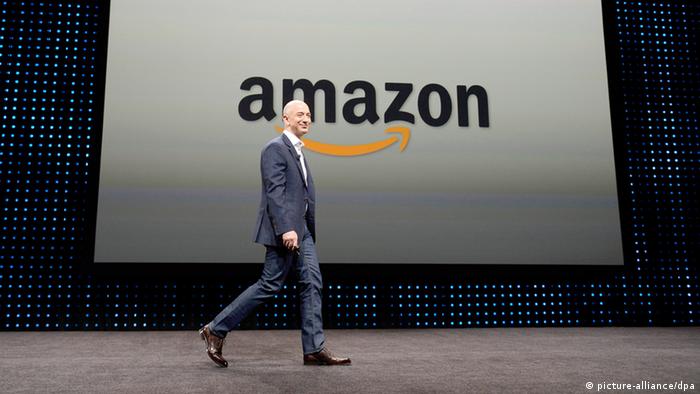 Seattle-based e-commerce giant Amazon launched a service Tuesday that allows users to post self-created videos and earn royalties, encroaching on the domain of YouTube, the site that stoked the mass popularity of user-generated video content online.

Similar to YouTube, Amazon's service, called Video Direct, will give users the option to view the uploaded videos free with advertisements or subscribe to the service and bypass the ads, which will cost a monthly fee of $8.99 (7.9 euros) in the United States.

Amazon will also let users buy or rent individual videos and will be offered among its popular subscription-based "Prime" service.

Content creators will receive half of their video's earnings from sales, rentals and ads.

In addition to user-generated content, Amazon has also entered into agreement with a number of media companies to provide content for the new service, including Conde Nast Entertainment, the Guardian and Mashable, as well as toymaker Mattel.

The service will be made available in Austria, Germany, Japan and the United Kingdom as well as the United States.

Video Direct will join the fast growing Amazon Video family, which largely provides movies and TV series that are produced both externally and by Amazon.

In so doing, it seeks to simultaneously lure viewers from traditional television and other online video sites, including YouTube and streaming giant Netflix. Amazon said Tuesday that it would spend $2.9 billion (2.5 billion euros) on video content for Amazon Prime this year.

The Success of Streaming Services

Analysts were skeptical though Tuesday that the Video Direct service would pose much of a threat to YouTube.

A hacker attack and the perils of cyberspace are at the heart of Amazon's first streaming series created in Germany. The show aims to reach international audiences - and stars heartthrob Matthias Schweighöfer. (11.02.2016)

Whether it's American band OK Go, German singer-songwriter Alex Diehl or icon Adele, they all have one thing in common: Their videos have generated millions of views across the internet. What are their secrets? (17.02.2016)

Chinese e-commerce giant Alibaba has made a multibillion-dollar offer to buy any outstanding shares of online video company Youku Tudou. It's yet another endeavor to develop beyond its traditional platforms. (16.10.2015)