Amazon criticized over temp workers in Germany | Germany | News and in-depth reporting from Berlin and beyond | DW | 16.02.2013

It's alleged that temp workers at Amazon's logistic centers suffer low wages and poor living conditions. Some have even called for a boycott of the online retailer on social networks. But will anything change? 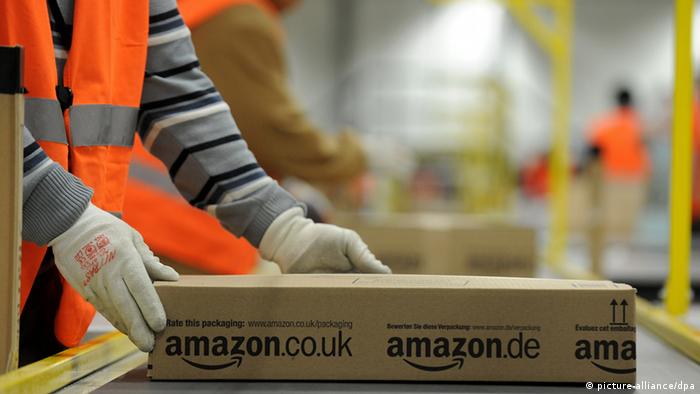 German broadcaster ARD recently aired a Hessischer Rundfunk report on the appalling work conditions of temporary workers at Amazon. According to the TV report, Amazon temps sometimes spend hours commuting to work and experience bad living conditions, with many having to share a small living space. And they only receive a work contract when they arrive in Germany from other countries - Amazon hires thousands of seasonal and temporary workers across Europe, especially during the Christmastime. Instead of being employed by Amazon, as initially promised, the workers are employed by a temp agency, which normally means lower wages. While working, the temp workers are subjected to strict observation by security personnel.

The conditions described in the undercover report by Hessischer Rundfunk were confirmed by Norbert Faltin, who works at an Amazon logistics center in Koblenz, near Cologne. While insisting that he's also "100 percent Amazonian," Faltin who represents his staffing unit at Germany's largest trade union Verdi, said that they "had their hands full" with complaints from workers, particularly during Christmastime.

Faltin believes that the report is indicative of an "Amazon system" across Germany. But he stopped short of insinuating that foreign workers, who often come from debt-ridden countries like Spain and Greece, are second-class workers for Amazon. He was even less reluctant to lay the responsibility on consumers.

Consumers are quick to forget

Consumers reacted indignantly to the working conditions at Amazon logistics centers described by the report. A boycott was even called for on social networks. 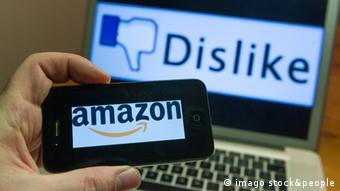 Facebook has been a locus of indignation over Amazon

"Many people expressing themselves are Amazon customers," he added, noting that some may feel like accomplices to the company's activities.

The ranting online is an opportunity for such consumers to get rid of their guilty conscience without changing their own behavior, Liller said. But when it's Christmas time and they are doing their last-minute shopping, "people will order from an online distributor and be happy when their package arrives the next day," he added.

Amazon announced that it intends to look into the allegations, which also imply that security personnel have connections to gangs and right-wing extremists. The company tolerates neither discrimination nor intimidation, it said in a statement. Every incident reported by a worker will be looked into, "and if required, prompt improvement" Amazon added, in reference to the general situation of temporary workers. But it is "very unrealistic" that foreign temporary workers will file complaints, said union representative Faltin. Still, he believes that the announcement is a good sign for the bigger picture. 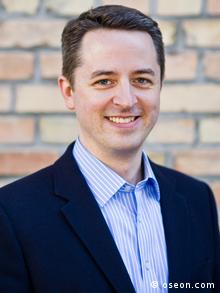 "I would have perhaps liked to have seen an apology from the company's management in Germany," Faltin said. All the same, he believes that Amazon has understood "that something here must urgently change," based on the public reaction.

Liller, on the other hand, isn't so optimistic. He believes that Amazon does not need to fear a decline in sales on the long-term. Not long ago, Amazon's major German competitor, Zalando, experienced similar controversy but the company continues to do well.

Faltin believes that foreign temp workers would best be helped by receiving the same contracts as their German counterparts.

"I absolutely see a need for temporary staff during the Christmas rush. But I demand equal pay for equal work, also for our European colleagues," he said.

But the difference in pay between staff and temporary workers is also a political issue, he added. Within a "social market economy" like Germany's, the ultimate responsibility for balancing the needs of employees and employers lies in politics, Faltin added.

"These are serious allegations, which is why all the facts need to be put on the table as soon as possible," she said.

A probe in Ireland has found that the state was complicit in the "Magdalene laundries," where thousands of women were subjected to forced labor until 1996. Ireland's premier has expressed sympathy to the victims. (05.02.2013)

More and more people are reading e-books - most of them on the train or the bus. But few readers realize that e-book providers know more about them than they think. (07.11.2012)

In Germany, many migrant laborers end up working degrading and badly paid jobs. Often they don't know their rights, a fact that's exploited by some companies. Now Germany's trade union federation has taken up the fight. (29.10.2012)