Six years have passed since the 9/11 attacks but new information about the hijackers and the origins of their plan continues to come to light. Information investigated by German police at the time has resurfaced. 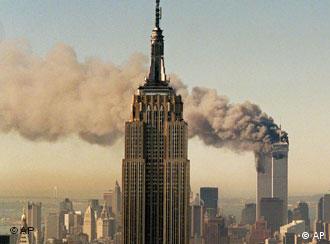 It's well-known that core elements of the plot were hatched among a radicalized Muslim student group in Hamburg, but newspapers in Germany are reviving a report from an unlikely source linking another mosque in another German city.

Monday, Sept. 10, 2001, was a morning like most others in a kindergarten in the western German city of Duisburg. That is until a little boy named Mustafa arrived. He'd been to his weekly Koran study class at the mosque the day before and had heard something weird there, says a spokesperson for the kindergarten.

"Even before he took his jacket off, he came to me and blurted out that he'd come from Arabic school, and that he'd heard some grown-ups talking there. They'd said that a plane was going to hit a big building and that a lot of people would die."

At the time, all she could think was that maybe Mustafa had seen too much TV, or an especially explosive action movie. But a day later, the little boy's words haunted the kindergarten worker.

"After 9/11, what he'd said came back to me. I am positive that what he told me, he told me on the 10th of September, one day before it all happened in the US."

Evidence suggests prior knowledge in Duisburg

Needless to say, she went to the police. And if the story at first sounds like a bit of conspiracy-mongering, recent reports in the German media include evidence which suggests the pieces of the jigsaw fit together to form a believable picture.

Mustafa's father was a regular visitor to a mosque known to hold radical meetings. And police found a card from the mosque when they searched Mohammed Atta's Hamburg apartment after the attacks on Sept. 11.

Also, in a number of households of people who attended the mosque, police found the date Sept. 11, 2001, inscribed with an Arabic notice which read: "The program ends." In the same calendars, six months before, on the date April 15, was inscribed in Arabic: The program begins."

That date was later to be discovered as the day when many of the hijackers slipped into the US to begin final preparations for the attacks. The man who gave these calendars out to friends at the mosque maintains, however, that the inscriptions are coincidental. They refer to a savings plan, he says.

Guantanamo inmate was a frequent visitor 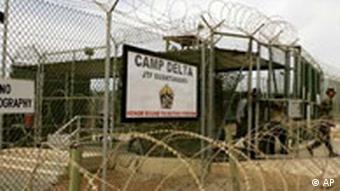 Ould Slahi has been held at Guantanamo Bay since 2001

Another connection to the attacks lies in the person of Mohamed Ould Slahi. The Mauritanian national, who has been in American custody at Guantanamo since 2001, studied electrical engineering in Duisburg and was a frequent visitor to the mosque.

Slahi is said to have helped Atta recruit men to carry out the attacks. It is now believed he might have been one of the men young Mustafa heard talking on Sept. 10.

Who those other men might have been and whether they are still living in Germany remains unknown.

However, authorities in the German state of North Rhine-Westphalia, where Duisburg is situated, have dismissed the link between the city and the 9/11 attacks, saying police had thoroughly reviewed the evidence in the year after the attack and did not consider it important.

"We don't think the history of Sept. 11 has to be completely rewritten because of this," state interior ministry spokesman Ludger Harmeier told German press agency dpa.